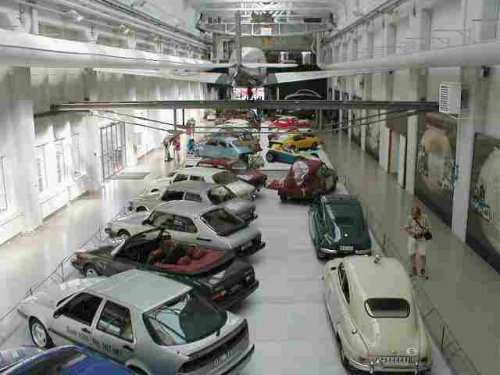 Saab has some good news finally. To be honest, it is great news! The historic and world-famous Saab museum in Trollhattan, is not going anywhere. It has been bought by the city of Trollhattan, Saab AB, and the Wallenberg foundation.
Advertisement

In case anyone has forgotten, Saab filed for bankruptcy protection on December 19th, 2011. The company was trying to secure financing from Youngman Lotus and a Chinese bank, so it might survive. However, GM blocked the deal at the last minute. GM still owns some technology licenses that Saab has. GM blocked the deal, because they feared the technology would go to the Chinese.

Due to going into bankruptcy Saab was forced to put up for sale the historic Trollhattan museum. The sale of 126 historic Saab vehicles was going to go to private collectors and the highest bidders for these vehicles. The bankruptcy administrators felt this would allow bankruptcy proceedings to continue by raising funds to cover the court costs.

It seems that is definitely the case as the three organizations, the city of Trollhattan, Saab AB, and the Wallenberg foundation, have put up 28 million Swedish kronor to buy the entire collection of historic Saab automobiles. (28 million kronor is roughly equivalent to $4.13 million US dollars).

The museum will remain in Trollhattan, and will be run by the city and the regional government. Supposedly a collection of Saab enthusiasts will help run the museum as well, making sure all the cars stay in good shape for eager visitors.

Among the collection includes the Ur-Saab, the first Saab that came into production. They were made between 1946-1947. An interesting fact about the Ur-Saab is that is has one of the most aerodynamic body shapes every built. Impressive! As well a 1981 Saab 900 Turbo nicknamed the “Silver Beast” is in the collection as well. This was a James Bond car that was featured in several novels by John Gardner (Iam Fleming wrote the original books).

Saab has been on tumultuous road back to financial solvency. This reporter wrote that an Indian automaker, Mahindra & Mahindra, has shown an interest in buying Saab. As well Youngman Lotus, the Chinese automaker that was originally going to purchase Saab, is still interested. There have been talks between Youngman Lotus and Saab officials.

At least the deal to sell the museum is reported to be finalized. So if you want to go see some historic Saabs, better catch a flight to Sweden.

Tsingshan's Threat to Tesla: EV Maker Is In Battery Crosshairs
Tesla-Funded Research Reveals One of The Biggest Mysteries of EV Battery
END_OF_DOCUMENT_TOKEN_TO_BE_REPLACED