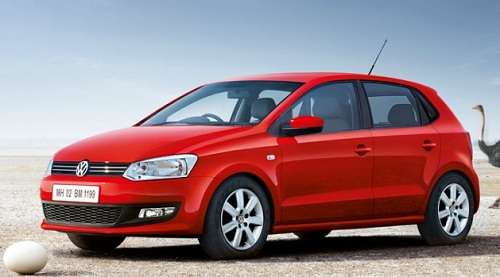 Volkswagen, the German carmaker shared that it will be introducing a limited edition of two new and different models of its already established compact car, the Polo Breeze and its mid-sized sedan, the Vento Breeze. These vehicles will be showing up as the holiday season approaches.
Advertisement

Volkswagen is expecting good numbers in car sales for the 2012 holiday season due to them having fresh models on showroom floors, such as the Jetta and the Passat. However, things have to turn around first. In 2010 VW did well in terms of sales.

Since the holiday season of car sales has not started out so well this year, according to Neeraj Garg, a Member of the Board and Director of Volkswagen Passenger Cars and Volkswagen Group Sales, India, he hopes that the new limited edition cars will change all that. He shared that reports from Southern and Western India, where the festive season has already started, weren’t so good, according to information from The Economic Times.

Garg stated, "From tomorrow [Thursday] we will introduce 'Polo Breeze' and 'Vento Breeze' in petrol variants, which will have special value additions worth up to Rs 40,000, but will be priced same as the existing models.” At this time, the Polo is priced at Rs 4.5 lakh (ex-showroom Delhi) and Vento is priced at Rs 6.95 lakh (ex-showroom Delhi). One lakh is equals a hundred thousand Indian rupees. 100,000.00 INR (Indian Rupees) is 2,164.97 US dollars.

The Volkswagen Polo is a supermini or subcompact car manufactured by Volkswagen. It is sold worldwide in hatchback, saloon, coupé and estate variants. The Polo was first introduced in 1975, and as of 2011, it has been produced in five distinct generations with revisions.

The Volkswagen Vento is a sedan version of the Volkswagen Polo and was launched in India in July of 2010. The introduction of the car at the time was quite a spectacle, as the company debuted the vehicle by hanging it from the side of a hotel in New Delhi.

The Vento was made to compete with the Honda City, which was very popular in India. One special features of the Vento is the ability to adjust the front passenger seat from the rear of the car.

The limited edition versions of the Volkswagen Polo and Vento were both launched Wednesday during the NADA Auto Show in the capital. Both cars are available in a variety of colors. Officials at Pooja International said the price of the newly launched range of Volkswagen vehicles was cheaper as they are assembled in India.

The Polo is available at three trim levels. The Trendline and Comfortline come with a 1.2 liter multi-point injection engine with an output of [email protected] rpm. Similarly, the Highline comes with 1.6 liter, four cylinders, and in-line DOHC engine delivering a maximum power of 105bhp. The Trendline has a price of Rs 2.29 million and Comfortline and Highline are available at Rs 2.57 million and Rs 2.84 million respectively.

The Vento is a premium sedan model with typical European stylish look, top rated comforts and safety features. It has 1.6 liter engine with an output of 105 PS @ 5250 rpm offering 13kmpl. It is also available in three trim levels. Vento Trendline costs Rs 3.15 million, while Comfortline and Highline are priced Rs 3.35 and Rs 3.79 million respectively.

Tesla Contemplates A New Strategy for China Retail even As Sales Boom
Jay Leno on Elon Musk & EVs: “I Think He Should Get ... Credit"
END_OF_DOCUMENT_TOKEN_TO_BE_REPLACED