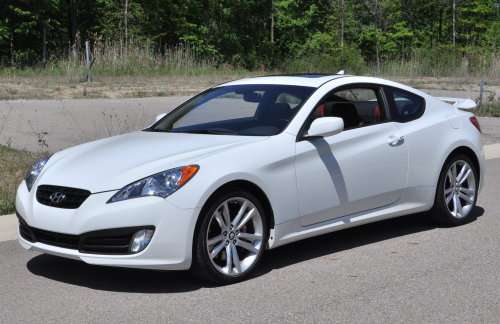 Hyundai markets to loyal fans ahead of college football

It's now college football season and Hyundai is planning on capitalizing on the millions of fans across the United States who will be glued to the television watching the popular sport.
Advertisement

What comes with telecast football games? The opportunity for great advertising campaigns to help sell cars.

The Hyundai brand plans to reach out to football fans through targeted national, local and on-site programs to plug and flaunt its Hyundai models. Hyundai has been given top brand loyalty ranking from Kelly Blue Book and that is something to be proud of and to want to publicize. And what better way to do that, then through a captive audience of college football fans.

Hyundai will be the presenting sponsor of Thursday Night College Football Live on ESPN during the kick off inaugural Thursday game between Louisiana State University and Mississippi State. Hyundai’s plan is to unite loyal college football fans with loyal Hyundai owners. Hyundai has a multi-faceted program aimed at the college football fan base and already established official sponsorship relationships with 15 different colleges. Hyundai plans on adding nine more schools next season.

Hyundai’s advertising and marketing campaign will be featured in print, online, on local media support, and in-game advertising during 13 featured games across ABC's family of networks including ESPN and ESPN2. Their main marketing strategy is called, "Big Voices in Big Places." Hyundai is planning on being represented in America’s most high-profile events and attractions including the Super Bowl and the Academy Awards.

Hyundai is excited to be targeting the college football market for their new advertising campaign. In a press release, Steve Shannon, vice president of Marketing, Hyundai Motor America made this statement: "College football is all about tradition, loyalty and passionate fans, and no one appreciates that more than Hyundai. Hyundai owners love their cars, so it's no surprise that their support has pushed us to the top of consumer loyalty rankings."

UAE Sport wrote on September 15, 2011 - 8:16am Permalink
I am appreciate with you that you get time for foot announcement we have other many option like advertisement about local management.