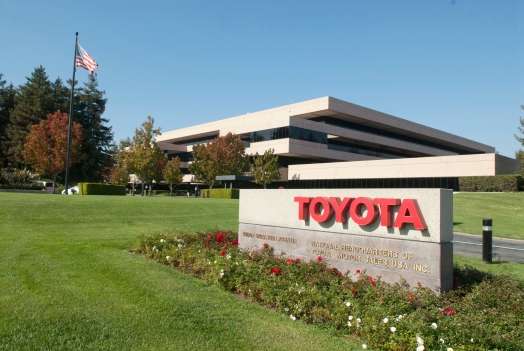 A U.S. District Court judge dismissed all but seven claims against Toyota Motor Company arising from the unintended acceleration issues that harmed the company’s reputation and worried consumers.
Advertisement

Toyota shareholders led by the Maryland State Retirement and Pension System filed complaints, which were consolidated into the complaint alleging securities fraud heard in Los Angeles. They alleged the company’s leadership knew about the acceleration problem and knowingly hid the issue from shareholders.

But when unintended acceleration claims surfaced publically, the company’ stock price fell 20 percent in the first two months of 2010 and led to the 33 counts of misrepresentation in the consolidated complaint.

In a memorandum dated July 7, United States District Judge Dale S. Fischer, acting on Toyota’s motion to dismiss, dismissed all but seven of the counts.

“Plaintiffs simply do not allege any facts that show Defendants were knowingly violating laws or regulations,” the judge wrote. “Nothing in the complaint permits a strong inference that any of the Defendants intentionally misled investors about Toyota’s corporate strategy with regard to quality and safety.”

Looking at the complaint, the judge said, “in its totality, it is much more plausible that Defendants believe Toyota could maintain high quality and safety while cutting costs or that any small quality reductions would have no appreciable impact on Toyota’s position in the market.”

In dismissing most of the complaints, however, the court cited jurisdictional issues. The complaints involve investors who purchased stock on foreign exchanges.

“The court has supplemental jurisdiction, because the Japanese law claims form part of the same case or controversy and arise from a common nucleus of operative facts as the American securities fraud claims. Nevertheless, the Court declines to exercise its jurisdiction,” the judge wrote in the 11-page memorandum.

The judge dismissed all claims over which the court has original jurisdiction, citing a U.S. Supreme Court decision from 2010.

“The clear underlying rationale of the Supreme Court’s decisions is that foreign governments have the right to decide how to regulate their own securities markets. This respect for foreign law would be completely subverted if foreign claims were allowed to piggyback into virtually every American securities fraud case, imposing American procedures, requirements, and interpretations likely never contemplated by the drafters of the foreign law.’

“We are pleased that the Court has granted Toyota’s motion to dismiss most of the claims in the federal securities case. Importantly, the Court rejected Plaintiffs’ attempted end-run around a recent U.S. Supreme Court decision to pursue a claim under Japanese law on behalf of investors who purchased securities on foreign exchanges. The Court’s ruling results in dismissal of the overwhelming majority of the case. Furthermore, the Court declined to allow plaintiffs to amend their complaint with respect to claims under Japanese law,” said Toyota spokeswoman Celeste Migliore.

“The Court also granted Toyota’s motion to dismiss the majority of the statements plaintiffs alleged to be false under U.S. law. Although the Court has given plaintiffs the opportunity to amend their complaint with respect to the claims under U.S. law only, we believe that any such attempt will result in allegations that remain unsupported by both the facts and law,” Migliore said.

Plaintiffs may amend their complaint as to the non-Japanese law claims and have until July 28, 2011 to do so. If the plaintiffs fail to amend by that date, Toyota’s answer is due on Aug. 19, 2011.