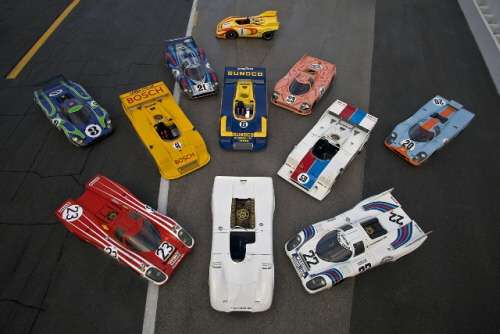 The Porsche Rennsport Reunion IV at Mazda Laguna Seca Raceway in October is in line to draw one of the largest crowds in track history. More than 50 drivers have said yes to the race so far.
Advertisement

More than 50 drivers of similar stature have already said “yes” to Porsche’s invitation for the October 14 – 16, 2011 Rennsport event, and the rest of the names will be announced as the event gets closer.

Confirmed attendees at the Oct. 14-16 events will include engineer Norbert Singer, "the father of the Porsche 962," and Alwin Springer, former president of Porsche Motorsports North America.

And, with over 200 cars already set to be shown off, Porsche is waiting for large collectors such as the Collier Collection, Brumos Racing, Gunnar Racing and the Porsche factory museum to announce which cars they are bringing to the event.