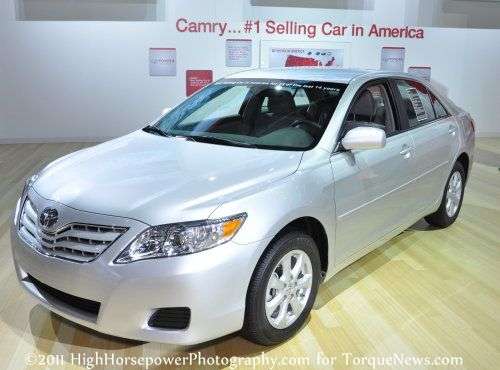 Toyota stopping US production in wake of earthquake

Toyota Motor Corp has announced that they will stop production for five days over the course of the next month at almost all of their North American assembly and engine plants in an effort to preserve components as the full force of the Japanese hits the industry.
Advertisement

Production at all North American assembly plants will be closed on April 15, 18, 21, 22 and 25 with the Georgetown Kentucky plant operating on the 21st but taking the other four days off. Vehicles affected by this production downtime are the Camry, Corolla, Highlander, Matrix, RAV4, Sequoia, Tacoma, Tundra, Venza, and Lexus RX350; with those five days off accounting for a substantial loss of 35,000 vehicles.

Toyota announced late last month that the impact of the earthquake, tsunami and nuclear explosions would cause production downtime in US plants but until today, there was no indication as to which plants and for how long. In addition to the North American production facilities getting an unwanted 5 days of downtime, most engine and part production facilities around the continent will also stop production for those days. This scheduled downtime comes in addition to the company cancelling overtime production at a variety of plants around the world.

This downtime affects roughly 25,000 Toyota factory employees but during the downtime those employees are permitted to come into work for training and plant improvement duties or they can stay at home and take vacation days…or just not get paid for those five days.

The good news for Toyota (the company, not the employees) is that as of April 1st, they had a 50-day supply of new vehicles with the current sales and growth rates. At the same time, starting on May 1st most Toyota vehicles sold in the US will receive a price hike ranging from 0.4 to 2.2% which could impact their recent sales momentum.

Toyota's First EV Will Have a Name of BZ: Toyota BZ
First Videos From Inside The Boring Company's Las Vegas Loop
END_OF_DOCUMENT_TOKEN_TO_BE_REPLACED