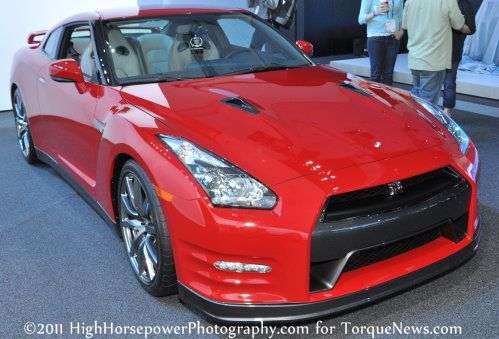 Since the earthquake hit Japan on March 11th, the country has been battling strong after-shocks, a tsunami and nuclear power risks forcing Japanese automakers to cease production but starting today, Japan’s largest car companies attempt to get back into the swing of things.
Advertisement

Nissan Motors was the first of the large Japanese automakers to attempt to resume production, as factories responsible for producing components for vehicles built in other countries opened for business today. Nissan’s vehicle production facilities are expected to resume Thursday but with massive after-shocks still hitting the country and wide spread power grid issues caused by the nuclear power plant explosions, it will be interesting to see the results of the vehicle production facilities coming back online.

Nissan’s key concerns right now are their facilities in the Iwaki prefecture, where the problematic nuclear power plant is located. Because of the power plant fires, explosions and lack of production right now, Nissan Iwaki faculties are left without enough water and power to resume normal operations.

Mazda and Suzuki, who were both barely hit by the string of disasters, are set to resume production at their Japanese facilities tomorrow (March 22nd). Like Mitsubishi, who headed back to work this weekend, Mazda and Suzuki are affected more by the impact on their tiered suppliers around the country than they were by the disasters themselves.

Honda Motor Company shut down their Japanese facilities through Wednesday and while 80% of their vehicles are made outside of Japan, the company has notified US dealerships that they are not currently accepting new orders for Japanese-built Honda and Acura models like the sporty new CR-Z Hybrid.

Toyota expects to resume production at their 21 battered facilities later this week with their biggest problem being the damaged battery plant. The full extent of the shutdown (through the expected start-date on Thursday) will put Toyota about 95,000 units behind schedule and with 60% of those destined for the US market, this could put a major impact on US Toyota dealerships’ ability to deliver new stock over the next few months.

TorqueNews.com will continue covering the clean-up efforts in Japan, bringing you updates and news as it happens!