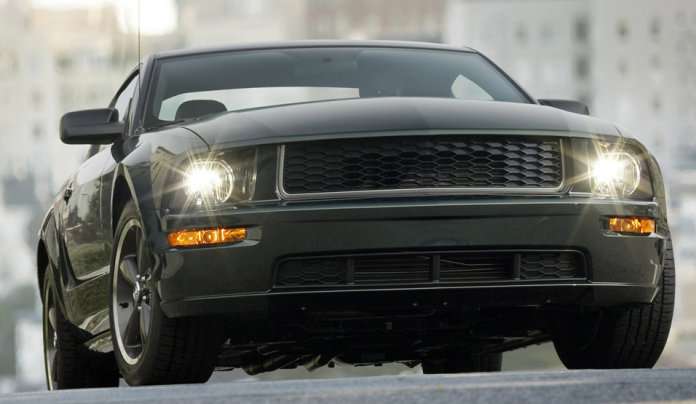 The Next Ford Mustang Bullitt Spotted in Chicago

The Bulllitt package for the refreshed 2018 Ford Mustang has been discussed for months now, but a member of the community from Mustang6g.com has seen what certainly appears to be the next special edition package themed after the legendary Steve McQueen movie car.
Advertisement

Back in February, a video posted on YouTube by Dwayne “The Rock” Johnson revealed artwork that many Ford fans believed to be the next Bullitt Mustang. Of course, Ford Motor Company had no comment on the dark green 2018 Mustang teased in that video and the rumors slowly faded away.

The rumors of a new Ford Mustang Bullitt were rekindled back in October when the team at Mustang6g.com shared what was believed to be the leaked window sticker for the special edition package. That window sticker wasn’t perfect, but it appeared to be real and it included all of the features that we could expect to see on a Bullitt package for the refreshed 2018-and-newer Mustang.

Unfortunately, Ford was quick to state that the Bullitt Mustang window sticker was not a legitimate document from the Motor Company, so we were back to square one in terms of this special edition pony car.

Well, the rumor mill has been fired back up, with pictures surfacing online showing what most certainly appears to be a new Ford Mustang Bullitt package filming a commercial in Chicago.

The New Bullitt in Action
The car that we (and most of the automotive world) believe is the 2019 Ford Mustang Bullitt was photographed during what appeared to be a commercial or promotional video shoot in downtown Chicago. We don’t want to steal Mustang6g’s thunder, so you can check out the image of the mysterious Mustang by clicking here.

The car caught filming the commercial in Chicago is definitely a refreshed 2018 Ford Mustang in a dark metallic green exterior paint with black wheels. It also has what appears to be large front brakes and no rear spoiler – both of which are traditional Bullitt features – so in every way, this car appears to be a next generation Ford Mustang Bulllitt special edition.

So, there is still no official word on the existence of a Bullitt Mustang, but after the artwork in the video with The Rock and the images posted on Mustang6g.com, the Motor Company is definitely cooking up something with the look of the previous Bullitt Mustangs. We can guess that the automaker will soon offer up a special edition package for the 2018+ Mustang, but it could also be something as simple as a promotional video for Ford – although I believe that this will all lead to a new Bullitt Mustang production model.