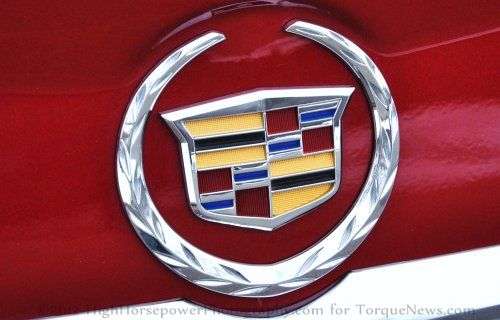 The Cadillac XTS has stormed onto the full size luxury car scene, doing a fine job of replacing both the STS and the DTS in terms of luxury and spaciousness but reports indicate that GM’s luxury line is planning a new full size, rear wheel drive flagship sedan that will take aim at the BMW 7 Series.
Advertisement

It is no secret that to truly compete in the luxury segment, you have to be able to compete with BMW and with the introduction of the new Cadillac ATS, General Motors has made great strides to do just that. The next generation Cadillac CTS is expected to grow a bit to take on the BMW 5 Series head to head while the new ATS will do battle with the top selling 3 Series. However, when it comes to a proper range-topping luxury car with tons of power and a rear wheel drive configuration – GM has no answer for the likes of the BMW 7 Series. However, Automotive News reported that the General is currently working on a new rear drive flagship sedan that will give them a chance to attract the same buyers who may look to purchase a new BMW 7 Series.

Little is known about the new rear wheel drive Cadillac flagship sedan but in addition to the rear wheel drive configuration; this unnamed new model will likely feature a beefy American V8 like a proper Caddy flagship should. However, to fully take aim at the BMW 7 Series, we would expect that the new RWD Cadillac would also feature the company’s popular 3.6L V8 that is currently at work in every modern Cadillac model. Rumors suggest that the new rear drive Caddy would arrive for the 2015 model year so there very well could be a new engine that arrives in place of the current 3.6L V6 but the base engine for the new model will likely be based on the current V6.

The BMW 7 Series comes equipped with either a twin turbocharged 3.0L inline-6 that makes 315 horsepower or a twin turbocharged 4.4L V8 that makes 445 horsepower. The 3.6L V6 that GM currently uses in a huge spread of products is capable of making better than 315 horsepower (example, the Chevrolet Camaro with 323hp) so that motor – or some version of it – would do a fine job of competing with the BMW inline-6. The biggest question is how will GM power the new Cadillac flagship rear drive sedan to compete with the twin turbo 4.4L BMW engine? Cadillac could call on the 6.2L V8 that is standard in the Chevrolet Corvette which makes 436 horsepower when fitted with a dual mode exhaust system but that would make the new Caddy slightly less powerful than the BMW 750i. The next realistic engine option (figuring that GM will not use the 7.0L LS7 from the Corvette Z06) would be the supercharged V8 used in the Cadillac V-Series, the Chevrolet Camaro ZL1 and the Chevrolet Corvette ZR1. GM could put together a detuned version of that V-Series engine that would offer slightly more power than the BMW twin turbo V8 but the other, more interesting possibility is that the new Cadillac flagship V8 does not yet exist.

General Motors has invested a substantial amount of money into the future of their V8 engine facilities and there have long been rumors that a future Chevrolet Corvette will be powered by a new V8 with smaller displacement and twin turbochargers – an engine that could be eerily similar to the BMW twin turbo V8. We can expect that the next generation Corvette will offer more power and better fuel economy than the current 2013 Corvette so if GM were to build a smaller displacement V8 with twin turbo technology – they could exceed the 436hp offered by the current base Corvette engine while also offering better fuel economy. Should the company go that route with the Vette, this same engine could very well be the motor that the General leans on to power their newest BMW 750i fighter.

Last and certainly not least is the idea that the new Cadillac rear wheel drive flagship would include a V-Series model to compete with the BMW Alpina B7. The Alpina B7 is powered by a modified version of the twin turbo V8 found in the 750i but the Alpina version packs a punch with 500 horsepower and 516lb-ft of torque. The Alpina B7 also has high performance brakes and suspension components as well as aesthetic changes inside and out to create one amazing high performance super sedan. GM certainly has access to high performance braking and suspension components (as displayed in the Cadillac CTS-V) and the V-Series supercharged LSA V8 packs 556 and 551lb-ft of torque – more than enough to hand the Alpina B7 a lovely beating.

Unfortunately, this unnamed rear wheel drive Cadillac flagship isn’t set to arrive for at least three more years so a great deal could change between then and now but it appears as though GMs luxury brand will continue to attempt to take on BMW head to head with yet another rear wheel drive model.