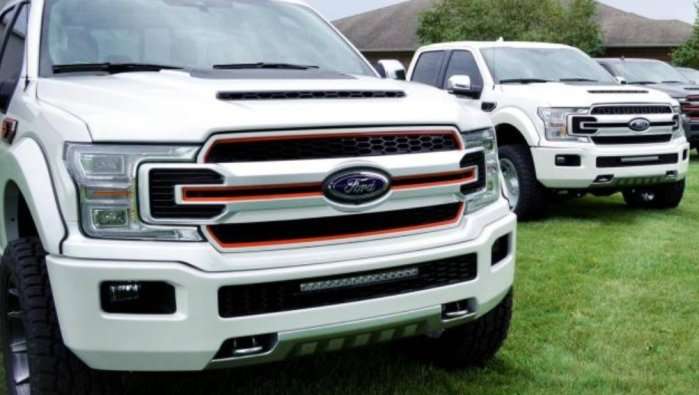 The Harley Davidson motorcycle brand turned 115 years old this year and as part of the celebration, the company has teamed up with the customizing experts to Tuscany to create the newest Harley-themed Ford F-150.
Advertisement

It has been a few years now since Ford Motor Company has offered a factory-built truck with Harley Davidson badging, but the truck shown above is a 2019 F-150 built without the help of FoMoCo. Harley wanted to celebrate their 115th anniversary and rather than working directly with Ford, the legendary motorcycle company turned to the Ford truck customizing experts at Tuscany to create the F-150 Harley Davidson Concept Truck.

“Harley-Davidson is one of the most iconic brands in the world,” said Jeff Burttschell, Vice President, Tuscany Motor Co. “The new truck was designed to evoke the same sense of power and freedom as the Harley-Davidson motorcycles that inspired it.”

There is no mention in the press release on how much this package will cost if Tuscany begins offering it to the public, but Harley Davidson fans who are attending the ongoing 115th anniversary celebration in Wisconsin this weekend can check out the newest Harley F-150 in person.