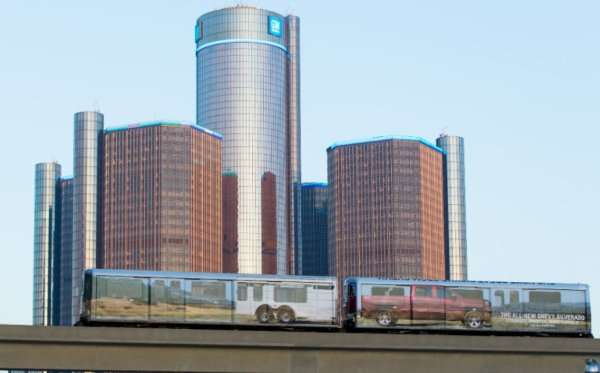 General Motors announced their 2013 Q3 results earlier today and while the good news was net income of $700 million dollars, the bad news is that the net income figure decreased by better than 50% compared to the same period last year.
Advertisement

The most promising bit of information from General Motors’ 2013 Q3 financial statement is that the company reported revenue of $39 billion, up from the $37.6 billion that GM brought in during the third quarter of 2012. The problem is that General Motors purchased almost a billion dollars worth of their own preferred stock during the third quarter and that caused their net income number to drop by better than 50% from the third quarter of 2012 to the same period in 2013. If not for the sizable buyback of company stock, GM would have had an income figure of $1.6 billion in 2013 Q3.

“We made gains in the third quarter as we improved our North American margins and increased our global share on the strength of our Chevrolet brand," said Dan Akerson, GM chairman and CEO. “Our efforts to build great cars and trucks and deliver solid financial results were recognized this quarter by Moody’s investment grade rating.”

General Motors’ earnings before interest and taxes (EBIT) grew from $2.3 billion in 2012 Q3 to $2.6 billion during the last quarter while net cash flow from operating activities jumped from $3.1 billion to $3.3 billion and free cash flow increased from $1.2 billion to $1.3 billion.

“During the quarter strong demand for new vehicles like the Cadillac ATS, Chevrolet Onix and the all-new Chevrolet Silverado helped boost our top-line,” said Dan Ammann, GM executive vice president and CFO. “We also further strengthened our fortress balance sheet and reduced our cost of capital through our $4.5 billion refinancing of high cost obligations.”

General Motors is one of the top selling automakers in the world and as virtue of such, you might expect GMs numbers to more closely rival Ford Motor Company but when you take into consideration the poor financial condition of GM just a few years back, the fact that the General posted positive growth across most major financial categories is a good sign for the company going forward. New models like the 2014 Silverado and Sierra, the 2014 Corvette, the 2014 Camaro, the 2014 Impala and the continued success of the Chevy Spark, the Chevy Cruze, the Chevy Volt and the entire Cadillac lineup has played a big part in the positive numbers for GM over the past few months – a trend which we can expect to see continue over the next year.

As is the case for Ford Motor Company, the economic crisis in Europe played a major part in General Motors not posting even strong numbers so with things going very well here in the US, a rebound in the European market will have a tremendous positive impact on GM’s bottom line. Unfortunately, we don’t know when that rebound will come but in the meantime, things continue to be headed in a positive direction for General Motors.

alvin servita wrote on November 18, 2013 - 2:22pm Permalink
will gm be better off when us sells its shares of gm