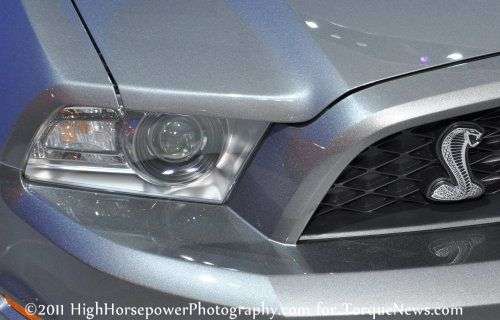 Ford Motor Company sold 212,777 vehicles in the month of March, giving the company a 19.2% gain over March 2010 but more importantly, in selling this many vehicles, Ford Motor Company was the sales leader in the US market with the Ford brand leading the way.
Advertisement

Ford Motor Company ranked behind Chrysler, Nissan, American Honda, Kia/Hyundai and the BMW group among major automotive groups in terms of percentage of growth but with 212,777 vehicles sold, FoMoCo easily outsold their next nearest competitor (GM with 206,621). These big numbers were thanks mostly to the Ford brand, with the 204,276 units sold throughout March accounting for a 28.2% gain over last March. Unfortunately, with just 8,501 units sold, the luxurious Lincoln brand saw a drop of 2.2% from last year.

The Ford brand’s strongest performer in terms of sales was, as always, the F-Series pickup truck family with an incredible 53,272 new trucks sold in March 2011 – an improvement of 25% over March 2010. The bestselling car from Ford was the 2011 Fusion with 27,566 sedans sold, making it one of the top movers in the US market. The new 2011 Ford Explorer was the strongest vehicle in terms of growth with 12,482 SUVs accounting for a gain of 111% over last year and surprisingly, the Crown Victoria was next in line with an improvement of 91.6% in moving 6,176 vehicles. The Ford Mustang saw a nice rebound this year with a jump of almost 47% coming from 8,557 pony cars sold and the Transit Connect saw another good month with 2,690 units of the innovative cargo vehicle accounting for a 46.5% gain over last year.

Unfortunately, Lincoln isn’t seeing the success of the Ford brand as Ford Motor Company’s luxury arm continues to slide in a market that is generally showing improvement across the board. Since the Mercury brand was removed from the lineup, Lincoln has seen a slow decline possibly stemming from the decline in foot traffic from the more affordable Mercury models. Lincoln’s best model in terms of sales numbers and growth rate was the MKZ, with their version of the Ford Fusion moving 3,138 units for a gain of 27.8% over last March. The MKX crossover was next in sales and growth with an 11.6% growth rate coming from 2,267 units sold and the Lincoln Navigator was the only other brand vehicle in the lineup with a positive rate, growing by 9.8% from last March with 742 units sold.

Things at Ford are going pretty smoothly with a great looking lineup of cars, trucks and SUVs keeping sales steadily headed in the right direction. The next major obstacle for Ford (and the rest of the industry) will be possible supply shortages stemming from the Japanese earthquake, tsunami and nuclear explosions. On the other hand, Lincoln will continue to struggle until the company gives consumers a new reason to come into showrooms. Ive spent time in the 2011 Lincoln MKS and it is a truly incredible luxury car but with the decrease in foot traffic due to the execution of the Mercury brand, Lincoln is struggling with their small, pricey lineup. Ford Motor Company has promised more R&D for the Lincoln dealerships but there has been no timetable set for new models…but it can’t be soon enough.