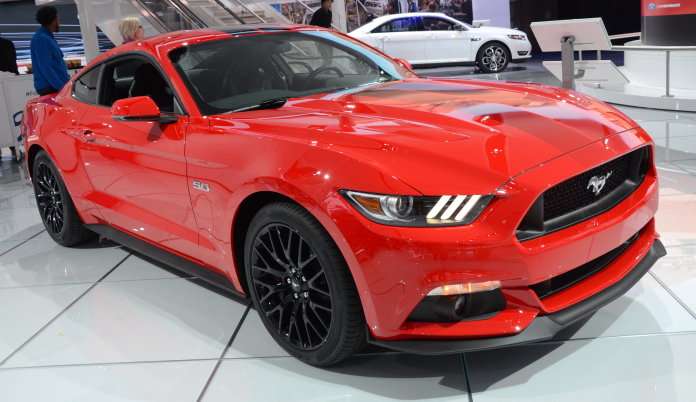 Ford Motor Company has announced a numerically small recall of the 2017 Ford F150 and 2017 Ford Mustang over a concern that the Takata airbag inflators could fracture during inflation – risking injury to the occupants of the vehicle as little bits of metal go flying during a crash.
Advertisement

In a low number of 2017 Ford F150 and 2017 Ford Mustang models, the passenger side airbag inflator could fracture upon deployment of the airbag. The inflator housing is metal, so when it fractures, it sends little bits of metal into the cabin at the speed sound which, as you might imagine, could cause severe injury and/or death. This problem was discovered by Takata during internal testing at their own facility and there are no reports of any injuries stemming from this new F150 or Mustang recall issue.

If you own a 2017 Ford F150 or a 2017 Ford Mustang, you can get the date and year that your vehicle was built by looking at the information sticker on the inside of the driver’s side doorjamb. If it was built in July or August, your car or truck might be subject to this recall and you can find out for sure by contacting your dealership with reference to recall campaign 17S26.

The dealership will fix this problem by replacing the passenger’s side airbag module, which will be done free of charge for the F150 and Mustang owners.

Why Does This Keep Happening?

I imagine that some of you are reading this, thinking “why are automakers still using Takata airbag parts?”

Unfortunately for the driving world, Takata has been a leader in the airbag industry for a number of years and their products are used by a great many companies. While we often hear about Takata airbag problems, those millions of vehicles recalled over the past few years only accounts for a small percentage of the global auto industry. This means that there are lots of vehicles with Takata airbag parts which have not failed or been recalled, leading automakers to continue doing business with them. However, Takata has recently declared bankruptcy, so a new name could soon emerge as the leader in automotive airbags.

The good news is that this F150 and Mustang recall issue was discovered by Takata, so it could be fully addressed without any injuries.