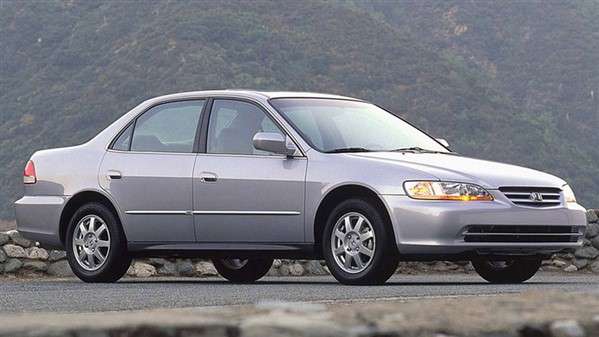 Could The Takata Airbag Recall Be Creating Its Own Worst Problems?

A recent automotive trade paper story suggested that the massive Takata airbag safety recall program could be the cause of some very disturbing problems.
Advertisement

Whether you call it a black market, gray market or pink market with ribbons, there’s a problem brewing with all of the Takata-made airbag inflators that automakers are pulling from their vehicles and replacing with new devices. The problem is simple, what do you do with all of the inflators that have been pulled out and have been tossed on the floor, awaiting transport away from multiple dealerships.

Some Inflators Drifting Back Into Circulation

Though the inflators are supposed to be destroyed – or removed from circulation and never reused (it is against the law – some of them are finding their way into salvage and scrap yards for use in vehicles that need replacement inflators. Honda Confirms Reused Airbag Caused Injury

Honda, concerned that this might be happening, has been purchasing airbag inflators from scrap and salvage yards. In the past couple of years, reports indicate, the automaker has repurchased 60,000 inflators to get them out of circulation. That figure, though, is just a drop in the bucket when you consider that by the time the recall wraps up at the end of 2019 between 50 and 70 million inflators should have been replaced by automakers.

(The seriousness of this recall is evident from three apparent factors:

And, just last month, an airbag inflator exploded in a 2002 Accord, severely injuring the operator who is expected to survive. The injury should never have happened in the first place. The Accord had had its airbag inflator swapped out twice, once in 2012 and the second time in 2015. It is after the second recall that things become interesting.Things Start To Become Interesting

The Accord was totaled about six months after it had the second recall. Apparently, the vehicle was in reasonable shape because the salvage yard where repaired the Accord, using bits, pieces and parts from other Accords. At this point, the trouble began. The salvage yard grabbed an inflator from a 2001 Accord to complete the repair. It turns out that the inflator was what is known as an “Alpha” device. It is one of the first waves of offending Takata airbag inflators that linked to 10 deaths and many serious injuries.

And, when Honda’s team of investigators looked deeply into the crash, it found that the salvage yard pulled an airbag inflator from a damaged 2001 Accord for reuse. The swap should not have happened. Instead, it should have been taken out of service permanently or destroyed. You can see that this is the basis of a large problem for the entire recall program. With the number of inflators coming out, there are bound to be numbers of them – “Alphas” and other high-occurrence devices – that remain “in the wild,” so to speak. Honda Confirms Reused Inflator Caused Injury

Though it is against federal law to reuse these parts in car repair – the penalty is rather stiff -- enforcement is lax because it is nearly impossible to track crash parts sourcing, says Automotive News in a recent discussion of the airbag recall. With the numbers of vehicles involved in the Takata airbag inflator recall, it is likely that this may not be the only case where a faulty, used part may be used to repair a vehicle. In other words, it is a ticking timebomb, just waiting to go off.

To date, about 800,000 Honda and Acura vehicles have had their Alpha devices repaired. And, there are about 275,000 vehicles still not unrepaired. Honda is concerned about these cars because the automaker believes most of them aren’t on the road. Where are they? They may be in other small local repair shops, scrap and salvage yards.

Which brings us back to the premise of this article: Even with the best intentions it is possible that the recall program itself is creating the gray or black market that could just put any number of faulty airbag devices back into cars when they should be nowhere near any vehicle. It is a frustrating issue that doesn’t seem to have an answer right now.

He is one thought. Why not either destroy or disable as each device removed from a recalled car. If they are, then they aren’t available for reuse, and the gray market supply goes away.
Source: Automotive News

Print my comment... wrote on May 22, 2017 - 9:38pm Permalink
It's much worse and much more complex than one may realize.ARA(Auto Recyclers Association) is poised to line the pockets of it's members(junkyard owners) with monies from recalled airbag buy back programs.This is based on their claim of lost revenue.ASSUMED lost revenue on airbags ASSUMED would sell,ASSUMED to be good,correct and not already compromised or recalled,all of which is nearly impossible to determine when one does not know the total history of such vehicles.Don't get me wrong,RECOVERY IS A GREAT THING,but it detests me to think that those in the salvage industry,who could have greatly contributed to airbag recalls,deaths and injuries, receive payment before the less fortunate victims and their families.