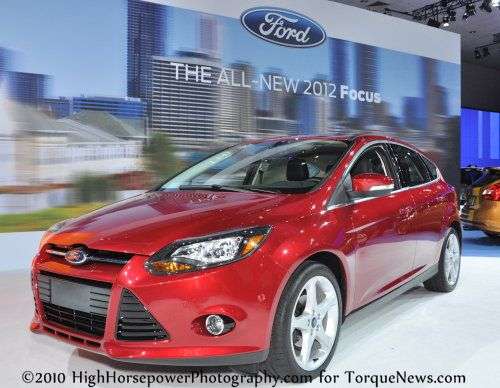 Ford forges ahead in November, leads everyone in sales

November 2010 was a good month for the Ford Motor Company, with their two existing brands both showing year over year growth and the Ford brand taking the honors of the best-selling brand in America.
Advertisement

Ford Motor Company was the strongest of the Detroit Big 3 in terms of growth, with a 24% improvement over last year and a total of 147,338 vehicles sold last month. As a company, FMC trailed only BMW and Nissan in terms of growth and only General Motors sold more vehicles last month – although Ford’s sales figures reflect 3 brands (one being now-defunct Mercury) while GM’s total sales incorporate 4 healthy brands.

Along with being the top-selling brand in the US last month, the Ford brand also saw a 27% improvement over November of 2009. The F-Series was the top seller with over 38,500 trucks sold for a 26% increase over last year and the leader in year over year growth was the versatile new Transit Connect with a 138% improvement over last November thanks to 2,773 units sold. The Ford Fusion was second to the F-Series in terms of sales volume with 17,647 sedans sold last month (a 28% increase over Nov 2009) and the compact Escape SUV was third in sales with just shy of 15,000 units sold. Sales remained strong for the Ford Focus even though a redesigned version is on the horizon and the Econoline van series helped improve Ford’s growth rate with over 8,000 vans sold last month – an improvement of 71% compared to last year.

The Lincoln brand was second in growth, showing an increase in sales of almost 20% over November 2009. The Lincoln MKZ was the top seller from Ford’s luxury brand, with 2,567 units sold accounting for a growth of 48% over last November. The MKX was second in terms of sales figures and third in growth, with 1,891 units sold for an improvement of 39% over last year. Surprisingly, the top dog in terms of year over year growth from the Lincoln brand was the Town Car which sent out 779 units in November for a growth of 82% over November 2009.

The Mercury brand is in its twilight hours, as Ford Motor Company pushes dealerships to rid themselves of the company “middle child”. Sales were still fairly strong for Mercury, with over 6,100 vehicles sold but this is down 12% from last November and we can expect to see the growth continue to taper off until the brand is dead altogether. The Mercury Mariner was the top seller with 2,410 units sold, which also made the small SUV the only vehicle in the brand was positive growth (18%) over last year. Every other model in the brand saw negative growth from 2009 with the Milan (think Ford Fusion) coming in second in sales with 2,063 sedans sold and the long-running Grand Marquis coming in third with 1,274 units sold.

Sales and growth both remain strong for Ford Motor Company, as they are able to stake the claim of having the best-selling brand in the US market as well as showing the most year over year growth in November compared to GM and Chrysler. Ford continues to roll out new models and new powertrain options, helping the Motor Company to keep their lineup fresh and with the 2012 Focus on the way, things are likely to only get better for the folks under the Blue Oval.