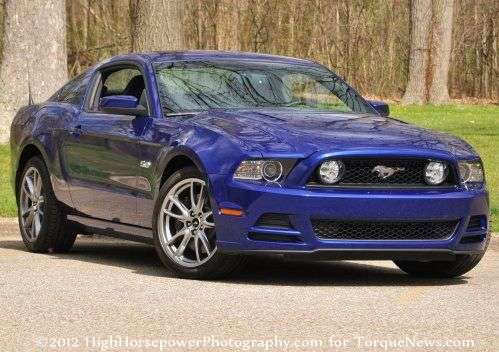 Ford flourishes in May 2012 while Lincoln stumbles

Ford Motor Company bounced back from a slow April to move 216,267 vehicles but while the Ford brand found itself atop the US sales charts, Lincoln stumbled in May 2012 – serving as one of the few brands in America to show a decline compared to May 2011.
Advertisement

Ford Motor Company improved by 12.6% in May 2012 compared to May 2011, allowing FoMoCo to rank 5th overall in terms of growth among major automaker groups (trailing Toyota, Honda, Chrysler, Nissan) while 216,267 vehicles sold placed them behind only General Motors in terms of US sales.

The Ford brand was led in growth by the mighty Ford Mustang, which moved 10,427 vehicles for one of the best months in years for the fabled pony car. This allowed the Mustang to post a 57.8% year over year growth while also allowing the Mustang to lead the muscle car segment for the second time this year. The Ford Transit Connect was second in growth with a jump of 52.5% and the Ford Flex was third with an increase of 40.4%. In terms of sales, the Ford F-Series was (and always is) the top dog with 54,836 units sold (up 29.3%), followed by the Ford Fusion with 26,857 (+8.9%) units sold and the Ford Focus with 24,769 units sold (+11.1%). While some Ford brand models like the Fiesta and Escape saw negative growth through May 2012, the majority of existing Ford models showed strong growth last month. The decline with the Fiesta may be due to the popularity of the new Ford Focus but overall, sales are still strong across the brand. On the year, the Ford brand has moved 901,446, an increase of 6.8% compared to the first five months of 2011.

On the other hand, things were not so great for Ford’s luxury arm in May 2012 as Lincoln posted negative growth of 1.7%. Lincoln did have some bright spots as the MKT, MKX and MKS all posted improvements of 103.5, 26.7 and 24.2% respectively. Lincoln was topped in sales by the MKZ with 2,458 units sold while the MKX was second with 2,197 units sold and the MKS was third with 1,128 flagship sedans sold. On the year, Lincoln has sold 34,418 sedans and sport utility vehicles, representing a decline of less than one percent compared to last year. Ford Motor Company has promised that there are new Lincoln models on the way but with stagnant sales from the luxury brand, dealerships surely cannot wait for some fresh meat in their showrooms. The refresh of the MKX and MKS should help a bit but it will take some new, hot models to compete with the likes of Cadillac.

Overall, May 2012 wasn’t a bad month for the Blue Oval group but dealerships surely have their fingers crossed for more fresh Lincoln models soon. If nothing else, at least Ford out-grew GM this month.

John Goreham wrote on June 4, 2012 - 8:43pm Permalink
A simple plan to save Lincoln: Private label the Hyundai Genesis sedan with a body made to look like the Lincoln LS. V8, Rear drive. How hard is that? Who the hell wants a front drive, turbo Lincoln?
RickT wrote on June 4, 2012 - 9:58pm Permalink
The turbo models are all-wheel drive and I don't see how re-badging a Hyundai is going to put Lincoln out front as a premier luxury car. I have a 2011 MKS Ecoboost and this is a fun car to drive. Lincoln's got some great products, they just forgot to advertise how fun they are.
John Goreham wrote on June 5, 2012 - 7:46am Permalink
Well said. The line-up of Lincolns (each of which is exactly the same platform and drivetrain as its Ford sibling) are fine machines. The problem is the Fords. They too are fine machines and cost less equally equipped. What Lincoln does not have is a rear drive platform, or a powerful V8. All-wheel drive added to a front drive platform is fine for a commuter car, but for a special, premium make, rear drive sells. See Caddy. Trying to work from the old Volvo S80 platform will not take Lincoln much further. Rebadging Fusions has not worked. Sadly perhaps, Hyundai makes the best rear drive, V8 full size car in the world for under $50K (profitably).