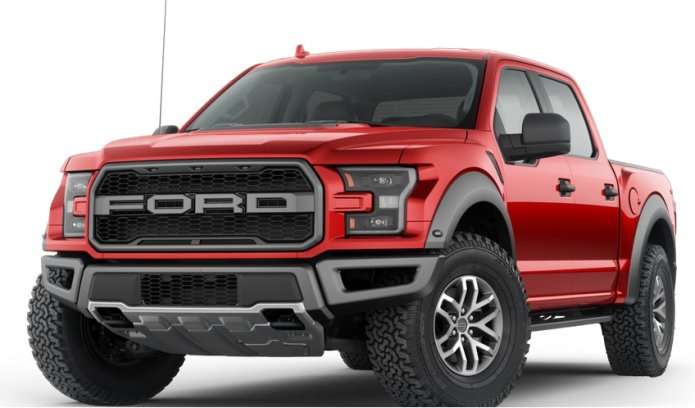 You can now build your ideal 2018 Ford F150 Raptor on Ford.com, but if you waited for the 2018 model year before picking up one of the 450hp off-road monsters, you are going to pay a little more than you would have for the 2017 model year – with both base pricing and popular equipment group pricing rising for the new models.
Advertisement

The Ford F150 Raptor is, without question, the greatest truck of its type in the world. No other pickup offers a combination of performance, daily drivability, capabilities and comforts like the Raptor, but all of those attributes don’t come cheap. The incredible Raptor entered the F150 lineup in 2017 towards the upper end of the pricing spectrum and for 2018, the prices are a little higher.

Next, each of the popular equipment groups for the 2018 Ford F150 Raptor has seen a price increase for the new model year. The 801A package adds things like power, heated, leather front seats, a power rear sliding window, power adjustable pedals, the 8 inch infotainment system and SYNC3, all for the price of $3,280. The 801A package for 2017 added $3,160 to the bottom line, so for the new model year, adding leather and the premium infotainment system costs $120 more.

The 2018 Ford F150 Raptor 802A includes the items form 801A and a long list of other items, including the 4.10 Torsen differential, all sorts of exterior lighting, Pro Trailer Backup Assist, Remote start, a premium speaker system and many other items – with a price of $9,770. The 802A package for the 2017 Raptor added $9,345 to the price, making the new model year’s loaded package $425 higher than last year.

Again, these aren’t significant price increases, but in the end, the loaded-up 2018 Ford F150 Raptor will end up costing you around a grand more than a comparably equipped 2017 model. It should be noted that the vast majority of the standalone options are the same price for 2018, but in the end, Raptor buyers are getting a truck which is completely unrivaled by stock pickups.