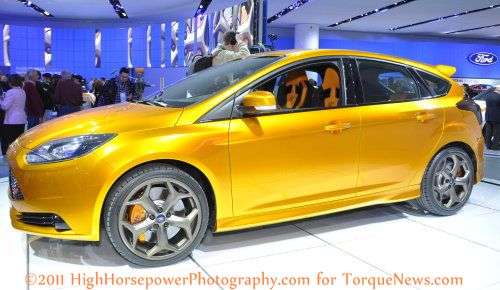 Ford continues to grow while Lincoln struggles in April 2011

Ford Motor Company was the worst of the American automakers in terms of year over year growth, but they still showed fair growth of 16.4%, ranking them above Toyota, Honda and Nissan.
Advertisement

In addition to showing a healthy improvement over April 2010, the Ford brand was the best-selling single brand in the US market with 182,542 vehicles sold and with 189,778 vehicles sold across the entire company – Ford was second among major automakers in terms of sales volume. This is great news for the company but once again, the luxury Lincoln brand continued to struggle without the help of Mercury, making them one of only four automakers showing a decline in sales from 2010 to 2011.

The Ford brand was the top dog from the Motor Company that carries its name, in terms of both sales volume and growth. Ford moved an impressive 182,542 cars, trucks, SUVs and vans last month, accounting for a 24.5% improvement over last year. The Ford F-Series pickup lineup was the top selling model with 45,435 trucks sold accounting for an increase of 11% over April 2010. Next to the F-Series, the bestselling vehicle was the Ford Escape with 21,240 compact SUVs edging out the Ford Fusion, which sent out 21,189 mid-sized sedans. The top model in terms of growth was the all new Ford Explorer which moved 12,593 units for an increase of 137.8% over last year, followed by the Ford Mustang with 59% and the Focus at 22.4%. The new Ford Fiesta doesn’t have a growth rate since it was not offered in the US last year but with 9,147 sedans and hatchbacks sold, the little party car is proving to be a popular model in the US. The gradual increase in new Ford Focus (shown on the right) models in dealerships should help to improve numbers for Ford as the new Focus is exponentially better than the outgoing models and with fuel prices rising, the fuel-sipping new Focus should be a big seller in the US.

The bad news, one again, was that the Lincoln brand saw a decline in sales (although less than 1%) from April 2010 to April 2011. Lincoln has struggled since Ford executed the Mercury brand last year due to the decrease in foot-traffic brought to the dealerships by the mid-range models. The Lincoln MKZ (the sibling to the Ford Fusion) was the top model in terms of sales (2,546) ad growth (40.1%), followed by the Lincoln MKX (sibling to the Ford Edge) with 1,859 SUVs accounting for a growth of 16.5%. Other than those two, the other Lincoln models (MKS, Town Car, MKT, Navigator) all showed painful drops in sales compared to last year.

Lincoln has been assured by Ford that there will be a push for new models to attract customers coming soon but in the meantime, Ford shines while Lincoln struggles.

Michael wrote on December 25, 2011 - 10:35pm Permalink
As a salesperson at a Lincoln only dealership, I want to point out that at least here Lincoln sales are up. Mercury sales don't exist. I wish the press would look at just Lincoln vs. Lincoln not Lincoln vs. Lincoln Mercury. Yes our overall new vehicle sales are down but that is what happens in any market where 40% of your product line is removed. Lincoln has the most reliable line of vehicles sold in the US, plus we have some of the most innovative technology as well. I know gloom and doom sells the news but good news improves everyone’s outlook.