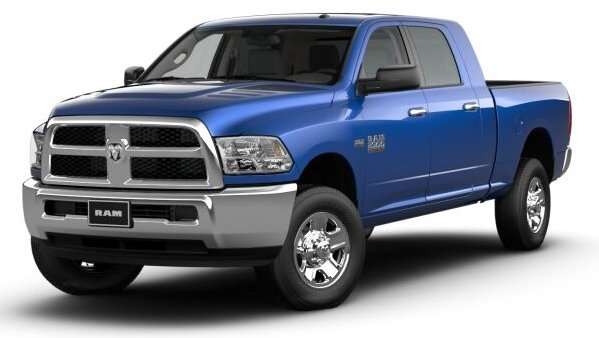 Spy shots floating around the internet show that FCA is working on some sort of super-extended cab version of the Ram 1500 – presumably something like the Ram 2500 Mega Cab in half ton form.
Advertisement

While FCA’s Ram Brand might not move as many units as the Ford F Series, the Ram 1500 and the Ford F150 are constantly going head to head to out-do each other in power, fuel efficiency and capabilities. Based on some recent spy shots posted at Allpar, it looks like the Ram Brand might be looking to jump ahead of Ford with the roomiest cabin in the segment with what appears to be a Mega Cab Ram 1500.

Why a Mega Cab Ram 1500?
The Ram 2500 has been available in the Mega Cab configuration for several years now and this unique ¾-ton package is the biggest cab in the Ram lineup along with being the biggest cab in the consumer-level truck segment. The only cabs bigger than the Ram 2500 Mega Cab is tractor trailer rigs with sleeping quarters in the back, but to get this huge rear seating area, you have to buy the Ram 2500 Heavy Duty (shown above in blue).

It seems reasonable that there are some prospective truck buyers who want the huge cab with gobs more rear seating and more interior cargo space, but who do not want the added cost or the larger fuel bill of the Ram 2500 HD. For example, the least expensive trimline offered with the Mega Cab package is the Ram 2500 SLT, which starts at $41,425/$44,795 (RWD/4WD), and if you want a Mega Cab with leather and 4WD, you will pay at least $51,680 for the Ram 2500 Laramie.

I imagine that the Mega Cab Ram 1500 would be most popular among people who use their trucks for work of some sort, so I would expect it to be offered on models like the Tradesman and the Outdoorsman. The current Ram 1500 Tradesman starts at $33,570 with the Crew Cab configuration and rear wheel drive. In the Ram 2500 lineup, the Mega Cab costs around $1,500 more than the Crew Cab, so even if the Ram 1500 Mega Cab option costs $2,000 – it would be almost $6,000 less expensive than the most affordable Ram 2500 Mega Cab.

Of course, there are vast differences between the Ram 2500 SLT and the Ram 1500 Tradesman, but for someone looking specifically for the biggest rear seating area possible, the introduction of the Ram 1500 Mega Cab would almost certainly offer a far lower price point.

Mega Cab Ram 1500 Advantages
While the introduction of a Ram 1500 Mega Cab would offer the largest possible cab for a lower price point than the Ram 2500, the advantages of this larger cockpit would obviously extend far beyond purchase price.

Most notably, the larger cab will lead to more rear seating space than any other half ton truck sold in the USA, so work crews or big families who spend long periods of time with 4 or 5 people loaded up will find that extra space helpful. Also, the larger cab would offer far more interior cargo space and with the seats folded up against the back wall of the cabin combined with huge rear doors – loading large cargo would be easier than it is with any other half ton truck on the market.

Extra cargo space and passenger space is an obvious advantage of a Ram 1500 Mega Cab, but the introduction of this huge cabin on the half ton chassis would likely make it far more fuel efficient than the Ram 2500 Mega Cab. The 2500 comes with a standard 5.7L Hemi V8 similar to the one offered in the Ram 1500, but the 2500 is bigger, heavier and less efficient. Offering the huge Mega Cab for the Ram 1500 would allow buyers to pick the 3.0L EcoDiesel V6 – the most efficient engine in the half ton segment.

Again, this is all based on some spy shots showing what appeared to be a Ram 1500 with what was definitely a bigger cab than is offered with the current models so it could be a while until something like this comes to market – but it certainly appears as though a Mega Cab Ram 1500 is on the way.