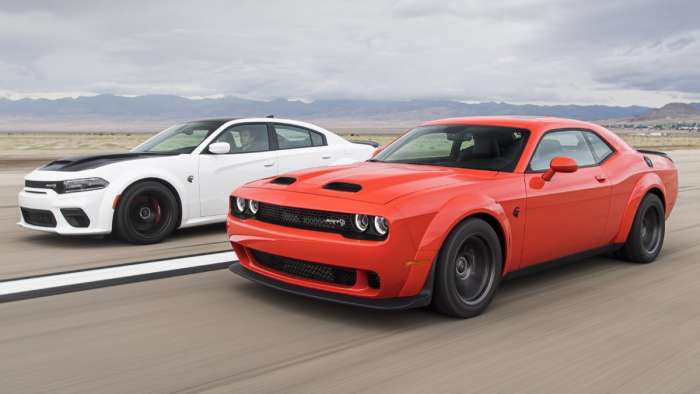 The Dodge Challenger SRT Super Stock packs 807 horsepower, making it the most powerful production road car sold in the United States under a half-million dollars for 2020 while other Dodge models account for several of the top 15 most powerful road cars in America.
Advertisement 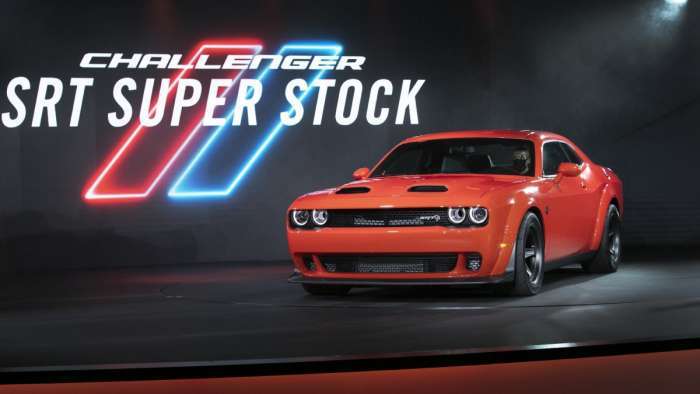 We have put together a list of the 15 most powerful cars sold in the United States for the 2020 model year below. As you can see, 4 of those 15 cars are from Dodge and every non-Dodge on the list costs more than the Challengers and Chargers.

Most Powerful Road Cars in the USA
Before getting into our list, here are the basic criteria. The vehicles on the list have to be street legal in the United States and they have to be offered by a major automaker in the US market. This excludes grey market models, modified cars and cars built by tuning shops such as RUF, Hennessey, etc. The cars on the list are all available for the 2020 model year and we did not include any one-off or cars that are limited to a handful of units. We understand that several of these vehicles are limited to 500 units, but when we are talking about the Chiron, SF90 and Senna, they are high enough in volume to be included.

As an interesting note, in capping this list to the top 15, the “least powerful” car on the list is the Ferrari 488 Pista at 711 horsepower. The 710 horsepower McLaren 720S missed the cut. 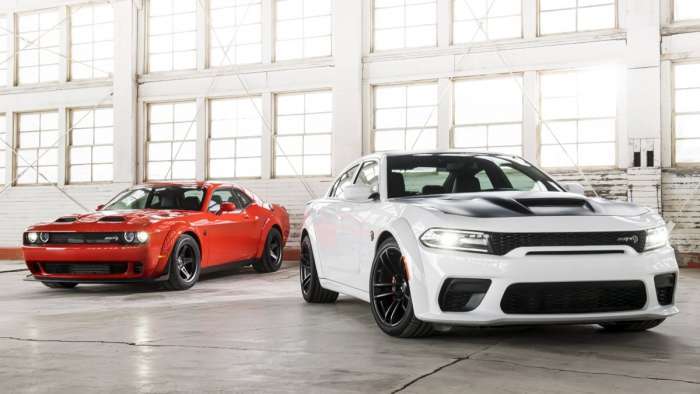 As you can see, the majority of the cars on this list are high priced exotics. The only models on the list that have prices starting under $100,000 with the Challenger and Charger are the GT500 ($72,900) and the Tesla ($94,990). For those unsure, the Challenger SRT Hellcat Redeye with 797 horsepower starts at $70,595. Pricing for the Challenger Super Stock has not been announced yet. I expect that it will start in the high-$70,000 range or the low-$80,000 range, similar to the Challenger Redeye Widebody on which it is based.

Dodge Big Power Claims to Fame
The Dodge Challenger SRT Super Stock with 807 horsepower is the only car for the 2020 model year from an American automaker with more than 800 horsepower. In fact, Dodge is the only American brand to ever have a road car with more than 800 horsepower and they’ve had two, starting with the 840-horsepower Demon and now the Super Stock. Dodge is also the only brand to have four vehicles on the list of the top 15 most powerful road cars in the United States. 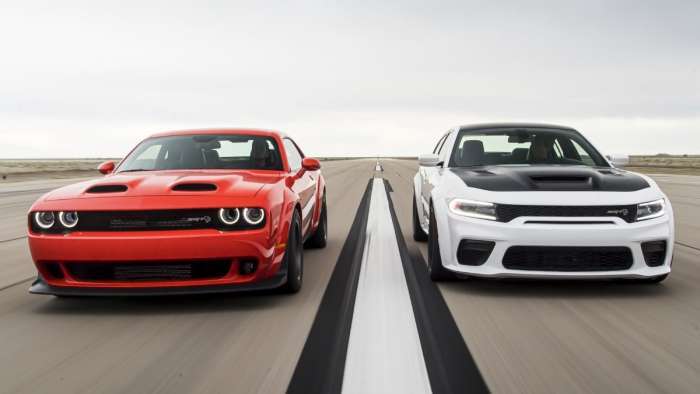 As you get further down the list, you will find the 717-horsepower Dodge Challenger SRT Hellcat, which has an MSRP of $58,995. That makes it the least expensive car sold in the world with more than 700 horsepower. 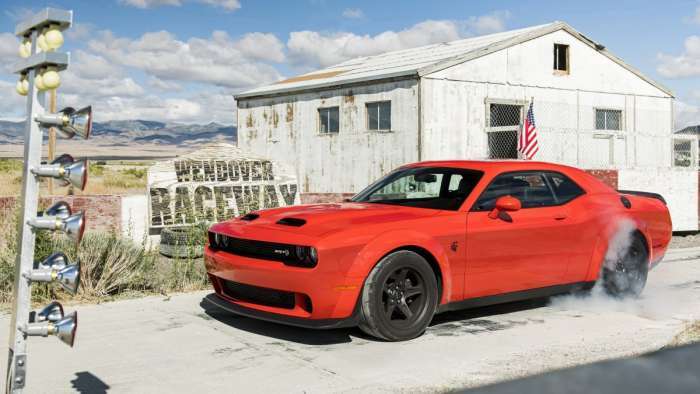 The Charger Hellcat Daytona Anniversary Edition is right there as well with 717 horsepower, ranking as the most powerful gasoline-powered sedan in the world. With a price starting at $69,995 with the standard widebody form, it is also well below most of the other vehicles on the list. Once the Redeye version of the Charger debuts for 2021, Dodge will have the most powerful sedan in the world, beating the Tesla by a few ponies. The Redeye Charger will also be the fastest sedan in the world with a top speed of 203 miles per hour and we expect that it will have a price starting well below $100,000. Also, the "regular" Hellcat Charger will get a bump from 707 to 717 horsepower for the 2021 model year. The white Hellcat Charger shown above is a 2021 model year vehicle. 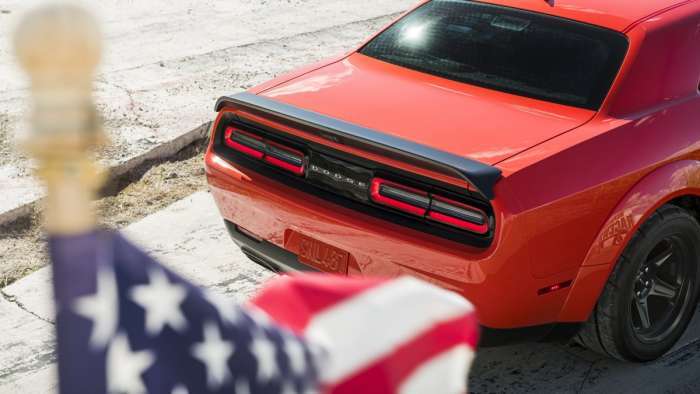 Finally, while production numbers aren’t in for the 2020 model year, the odds are good that the Dodge models on the list will comfortably outsell the rest, shy of perhaps the Mustang and the Tesla.