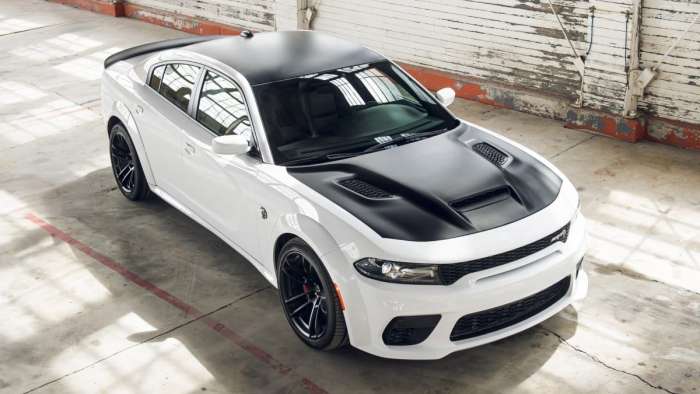 Dodge has not announced pricing for the 797-horsepower Charger Redeye, but based on the pricing of the non-Redeye Hellcat and the pricing for the Dodge Challenger, we can put together an educated guess on what the world’s most powerful sedan will cost when it reaches dealerships early next year.
Advertisement

Before we get into talking about the possible pricing of the 2021 Dodge Charger SRT Hellcat Redeye, I want to make it crystal clear that this is purely speculation based on the pricing of other vehicles that are on sale today. Since the Charger Redeye was introduced earlier this month, one of the most common questions on social media and in the comment section is “how much will it cost?”

There are some folks on social media and YouTube claiming that they know a guy who knows a guy who told them how much the Redeye Charger will cost, but those obviously aren’t legitimate sources. Even among my contacts within the company who like to provide me with early information, pricing is still a mystery and will likely remain that way until we get closer to the order banks opening later this year. However, with so many people asking about possible pricing, here is a look at what types of MSRP we could see for the 2021 Dodge Charger SRT Hellcat Redeye. 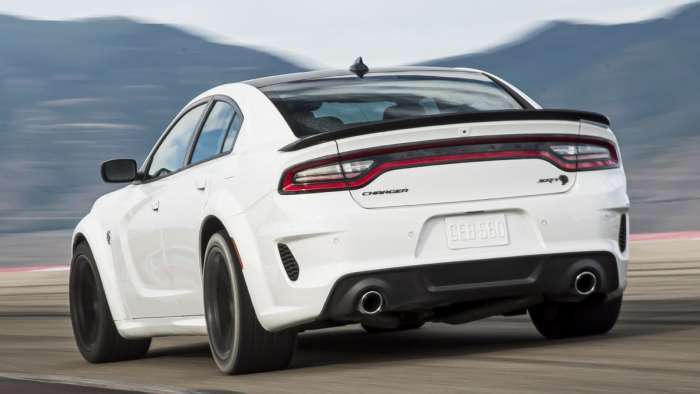 Current Charger and Challenger Pricing
The best way to establish a possible pricing range for the 2021 Dodge Charger SRT Hellcat Redeye is to look at the numbers for the current Charger, as well as the Challenger, which already has a Redeye trim level.

The current Dodge Challenger SRT Hellcat Widebody starts at $66,695, which includes Gas Guzzler Tax, but it does not include destination or any discounts. We are using the Challenger Widebody as the basis for comparison because the widebody package is standard on the 2020 Charger Hellcat and the 2021 Charger Redeye. The 2020 Charger SRT Hellcat starts at $72,095, so the supercharged sedan starts $5,400 higher than the coupe. There are some standard features that vary between the two, such as the manual transmission in the Challenger, which costs $2,995. If you remove that, the difference between the Hellcat Widebody in Challenger and Charger form is just $2,405. 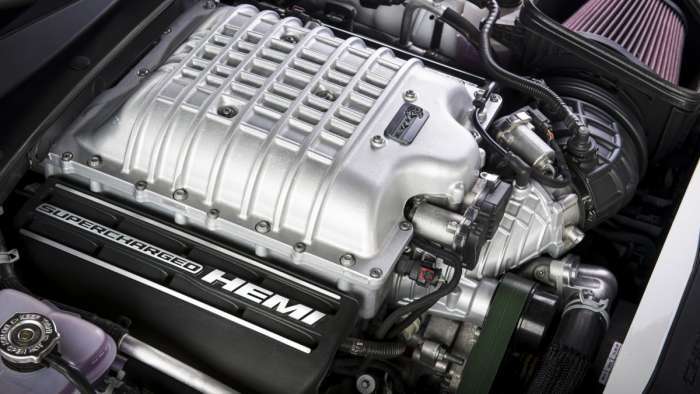 The 2020 Challenger SRT Hellcat Redeye Widebody starts at $78,295, so it is $11,600 more than the non-Redeye version. Some people might assume that you can add that same $11,600 figure to the price of the current Charger Hellcat and get a reasonable price range, but there is one more thing to keep in mind. The manual transmission is standard in the non-Redeye Hellcat Challenger, but the 8-speed automatic is standard in the Redeye. That automatic transmission is a $2,995 option in the non-Redeye Hellcat Challenger, but the automatic is standard in all Charger models, so in theory, that amount won’t be added to create the Charger Redeye. If we remove the cost of the automatic option from the Challenger Redeye upcharge, we get a figure of $8,605. 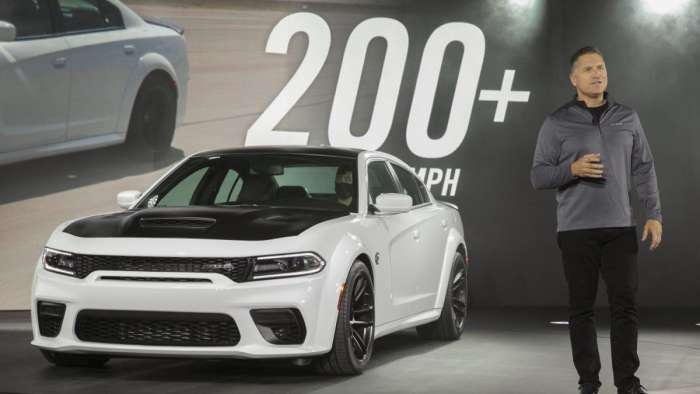 For comparison, the 2021 BMW M5 – regarded as one of the top performance sedans in the world – has 617 horsepower and starts at $104,495. The Mercedes-Benz AMG E63S with 603 horsepower starts at $107,350. Granted, both of those cars offer a greater level of luxury, but if you are looking for a high performance sedan, the Charger Redeye destroys the competition on a dollar-for-dollar basis. The Charger Redeye destroys them both on the track, too, and even if my speculation is off by a few thousand dollars, the 797-horsepower sedan will start at least $20,000 less than the top European performance sedans.

Again, this is purely speculation based on current pricing between the Challenger and Charger. While our number of $79,995 has a nice marketing ring to it, the starting MSRP of the 2021 Charger SRT Hellcat Redeye could be up into the low-$80k range. Of course, when you add in the destination fee, which is currently $1,495, the price will quickly climb into the $80k range and when you load it up with options, the pricing is likely to climb up into the $90k range.