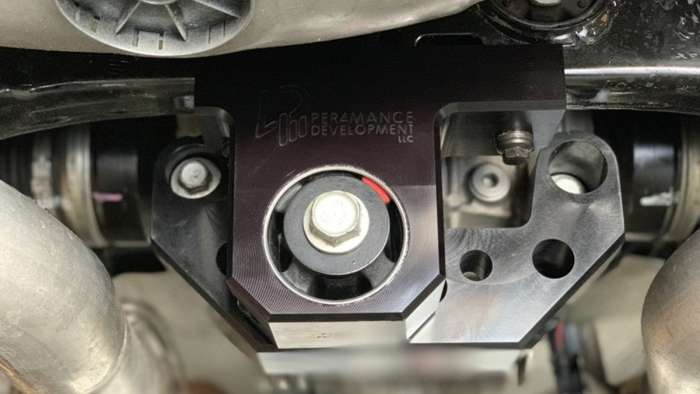 How One Man Made Racing a Dodge Hellcat Car Much Safer

Bray Brankhurst saw Dodge Challenger and Charger owners with the Hellcat Hemi breaking differentials so he set out to create a product to protect the differential and driveshaft of the Hellcat cars, but in the end, his Per4Mance Development differential braces have made drag racing a whole lot safer for many modern Mopar racers.
Advertisement

If you know any Dodge Challenger SRT Hellcat and Dodge Charger SRT Hellcat owners who spend lots of time at the drag strip, you are likely aware of the fact that a key concern is breaking the rear differential and/or driveshaft. When these cars first hit the market and owners were heading to the drag strip, they found that a combination of sticky tires and all of that supercharged power could easily destroy a driveshaft. In some cases, Hellcat owners were breaking the driveshaft and the differential and over time, the problem was discovered.

That is where Bray Brankhurst and his company Per4Mance Development come into play, with his differential braces protecting both the driveshaft and the differential case of the modern Dodge Challenger and Charger. With his brace, racers can leave the starting line a whole lot harder with far less concern of a drivetrain failure and over time, a P4D brace has become one of the first upgrades for any Dodge Hellcat owner who plans to do any drag racing.

To get more information on how Brankhurst got into the business of protecting Hellcat drivetrain parts, we reached out to him for the details on how Per4Mance Development and the line of differential braces came to be.

The Growth of Per4Mance Development
We reached out to Bray Brankhurst and asked him how he got involved in making the leading differential brace in the modern Mopar drag racing world. Below, you will find his response, including information on how the company has grown over the past few years, offering products that do an even better job of mitigating the forces being applied to the driveshaft and the rear differential. 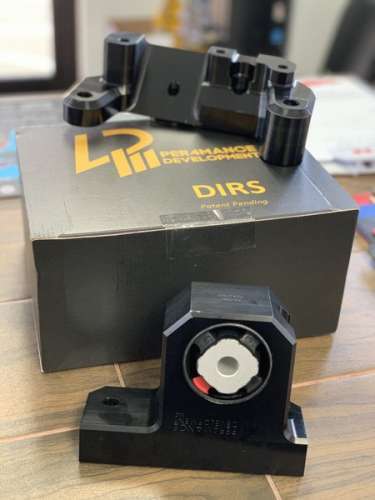 "So P4D started in late 2016. I went to the MSHS test-tune day Friday before the race event on Saturday. I was parked next to a modified Hellcat running E85 and the owner had just broke his differential. This was of interest to me as I was planning on having my 2016 A8 Hellcat modified with an upper pulley, injectors, BAP and E85 tune as well. That weekend I did some research on options for the driveline and there was not anything on the market at the time so I decided to invest a few thousand dollars and pursue making a brace with a company near me that was in the same Industrial Park that I worked for a dozen years. I felt we could come up with a functional design as I had many years working as a Process Engineer. Fast forward 4 months later and P4D had already tested and sold 30 of our initial design braces that were made out of 1/4 steel. It quickly became a must have mod and we made steel braces for about two years but as the horsepower was escalated, we needed to do something better.

In late 2018, we were getting reports of Dodge taking a position that differential braces would void the drivetrain warranty so it was back to the design stage. While any owner who modifies the engine past stock horsepower should know that the warranty is being impacted, we decided to make a brace that would be as harmonious to the way the differential is mounted in the car's IRS frame to create peace of mind; and in fact drove its name as the DIRS - Differential Integration and Reinforcement System. To do that, we decided on two things, first it must use a third OEM bushing mounted to REDUCE movement under acceleration but ALLOW for controlled movement to prevent undue stress on the differential case. We knew this could happen if the busing was mounted in a triangulated fashion. Second, we agreed that it must be a two piece design: one piece to reinforce the differential and a second piece to add the additional support for the differential via the third bushing. We then partnered with a local CNC facility that had a Penn State Engineer on staff and spent a solid month measuring and 3D modeling how to get the DIRS brace into physical form and to fit on the car.

In February 2019, we traveled to Georgia for the first MSHS event and installed the first of 6 beta units on the Highly modified 2016 Hellcat of Sumit Goyal. It fit perfectly but unfortunately the event was rained out. However within 30 days we had enough street and track feedback to push forward with our first production run of 100 units. Over the last year, the DIRS has gained a lot of popularity and is considered the first mod any Dodge owner should make. 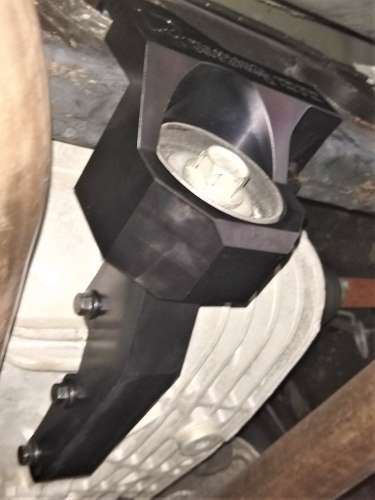 On another note, for a few years we were getting requests for a brace for the early cars that use the Getrag 226 differential (the one used on the SRTmodels and manual R/T's). With the success of the DIRS, it gave us the confidence to make one for the earlier cars using the same design principles. The engineer I worked with on the DIRS led the design of the DIRS-G (G for Getrag) and that product has been a big success in the last 3 months as well.

The original steel brace received a design patent as well the DIRS. The DIRS-G is patent pending. We have two new products in development that we will release in 2020 however they are not a replacement or improvement to the DIRS line or any of our current braces - those designs are set.”

For those who aren’t familiar with his products, the initial P4D brace was a steel unit that essentially reinforces the differential mounting points by bolting to the differential case and the vehicle’s chassis. This prevents excess movement on a hard launch and it is that movement that causes breakage. As Brankhurst explained above, over time, he introduced the DIRS brace, which still braces the differential against the chassis, but it does so with a two piece design that incorporates OEM-style bushings.

While most Hellcat Challenger and Charger owners who race run with a P4D DIRS brace, one very influential member of the modern Mopar community has sung the praises of Brankhurst’s braces. That man is A.J Berge of Hemi Tuner Performance. Berge has been tuning the modern Hemi engines since they were introduced in the early 2000s and today, he is one of the leading tuners of the Hellcat Hemi. He is also an active racer, relying on the DIRS to protect the differential in his Hemi-powered monster.

“Can’t say enough about how well this performs. After breaking the ears off of the stock differential it destroyed the axles, driveshaft, and exhaust. I installed the DIRS during the repair. The instructions were detailed fit was great and it performs as good as it looks,” said Berge. “On a marginal track, you can easily rattle the tires bad enough to damage the case of the differential. The brace also helps keep everything in place saving you a much bigger catastrophe. If you’re going sub 1.40 60ft or trying to it’s a no brainer make it first on the list of mods!”

Before Bray Brankhurst and his P4D differential braces, Dodge Hellcat Challenger and Charger owners had to constantly worry about breaking the driveshaft and differential, along with any collateral damage that came with the breakage. Today, the P4D braces allow Hellcat owners and other modern Mopar racers to lay down stunning 60-foot times with confidence in the drivetrain.

Tesla-Funded Research Reveals One of The Biggest Mysteries of EV Battery
Tesla Tesla Buyer Nets a Whopping $12,000 Discount After Asking for Reduction
END_OF_DOCUMENT_TOKEN_TO_BE_REPLACED