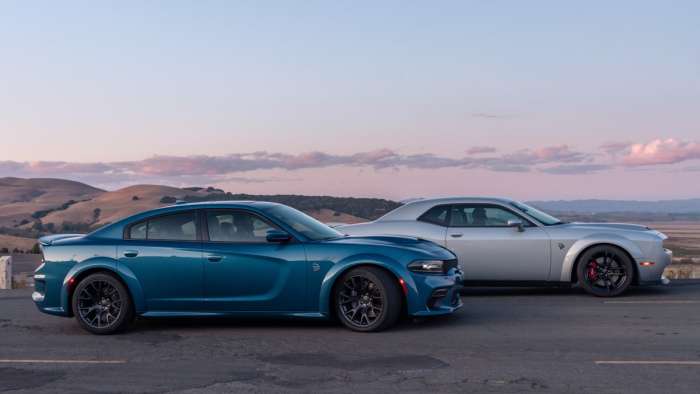 The same discount program that helped the Dodge Challenger and Charger post record numbers in the second half of 2019 has been renewed for the 2020 model year, including price cuts of up to $7,970 on the muscular coupe and $7,170 on the high performance sedan.
Advertisement

Dodge introduced their Power Dollars program early in the second half of 2019 and it led to some big sales numbers to finish the year for the Challenger and Charger. The Dodge brand saw its “best six-month sales in muscle car history” with a total of 84,216 Challengers and Chargers being sold, accounting for a whopping 33-million combined horsepower. Those strong second-half sales led to big year-end numbers for both vehicles, with the Charger having its best year since 2013 while the Challenger saw more than double the sales numbers that it had 10 years earlier.

In addition to helping Dodge post strong muscle car sales numbers to end 2019, the Power Dollars program also helped many Challenger and Charger fans to afford their dream car. With discounts of nearly $8,000 on Challenger and more than $7,000 on Charger, this program made buying a Dodge muscle car or super sedan in 2019 financially feasible and as of this morning, that discount program officially applies to both cars for the 2020 model year. 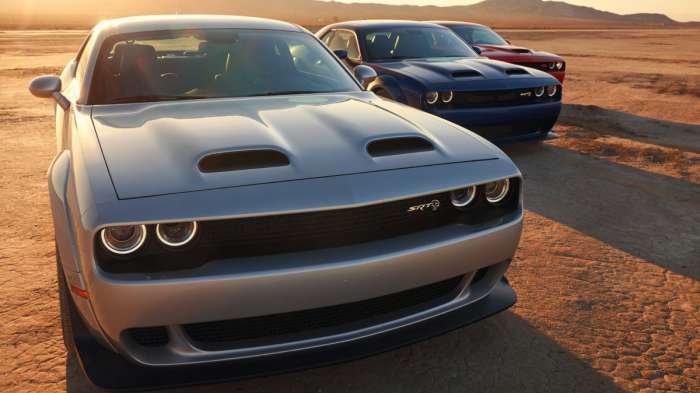 “Our Dodge performance enthusiasts are drawn together by their love of American muscle. And Dodge Power Dollars has tapped into something very powerful,” said Tim Kuniskis, Global Head of Alfa Romeo and Head of Passenger Cars – Dodge, SRT, Chrysler and FIAT, FCA – North America. “So we’re now making Dodge Power Dollars available on any 2020 model year Charger or Challenger to make it even easier for our fellow horsepower addicts to join ‘The Brotherhood of Muscle.’”

Dodge Power Dollars
As was the case for the 2019 model year, the Power Dollars discount program for the 2020 Challenger and Charger offers $10 off for each horsepower unit of the vehicle being chosen. For example, the 797-horsepower Challenger Hellcat Redeye comes with a discount of $7,970 while the Charger Hellcat Daytona 50th Anniversary Edition sedan with 717 horsepower sports a price cut of $7,170. This will definitely serve as a nice slap in the face to those dealerships that have been sitting on those limited edition Hellcat Daytona Chargers with big markups, as they are now going to make well under MSRP on those cars.

Below is a chart of discounts for each of the 2020 Dodge Challenger and Charger models under the Power Dollars program. 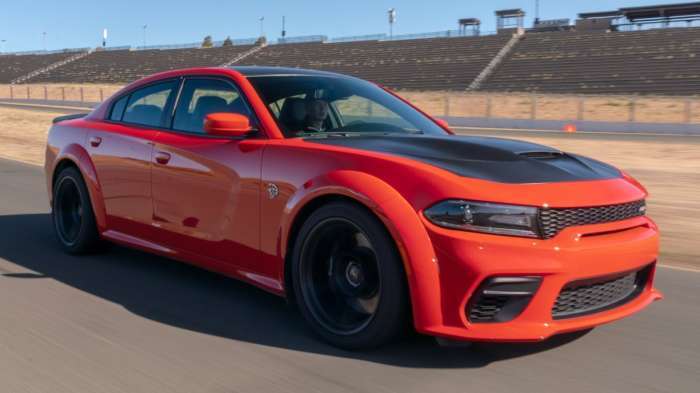 The Power Dollars program for the 2020 model year officially begins today and we don’t know how long it will run, so if you have been drooling over a new 2020 Challenger or Charger at your local Dodge dealership, this is a good time to stop by for a test drive.