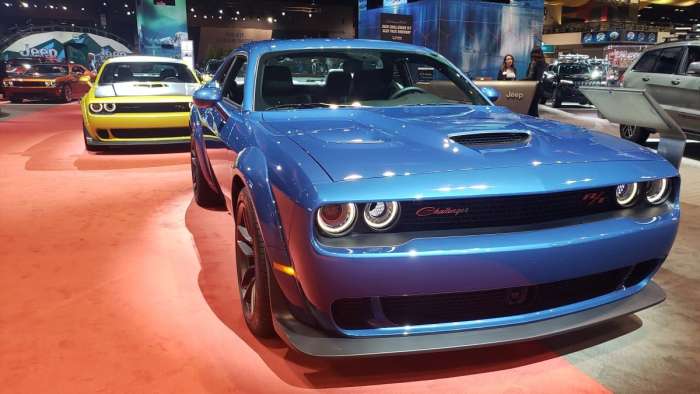 The 2020 Dodge Challenger is offered in a variety of new colors and at the 2020 Chicago Auto Show, we got a look at three of them in what was easily the most colorful display at the event.
Advertisement

Back in September 2019, the first details for the 2020 Dodge Challenger lineup were introduced, including the color palate for the new model year. After Dodge offered a total of 15 colors for the 2019 Challenger, that number was reduced to 12 colors for 2020 (based on the preliminary information) and 3 of those colors were new. Those initial new colors included Frostbite, Hellraisin and Sinamon Stick, but with the introduction of the 50th Anniversary Edition Challenger, Gold Rush was also added to the mix.

The introduction of the 50th Anniversary Edition Challenger gave us a good look at Gold Rush and Sinamon Stick, but we had previously only seen Frostbite on the 2020 Charger Hellcat Widebody. Fortunately, Dodge brought out Challengers in three of the new colors to the Chicago Auto Show, giving us our best chance yet to see the newest high impact hues in the flesh. 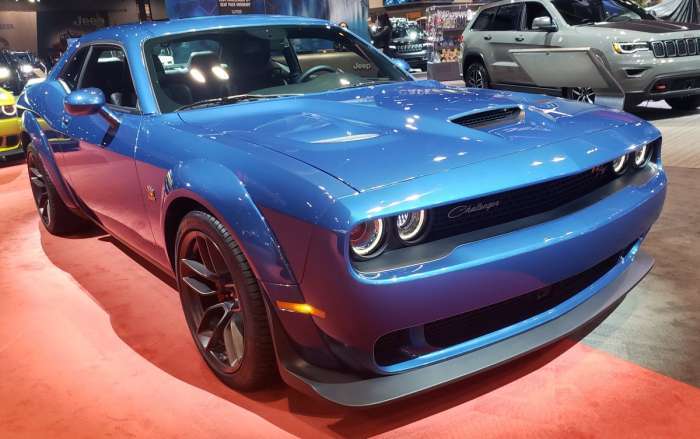 This color is currently listed in the Build & Price feature on Dodge.com for every trim level of the 2020 Dodge Challenger, from the base SXT to the top-of-the-line SRT Hellcat Redeye Widebody. 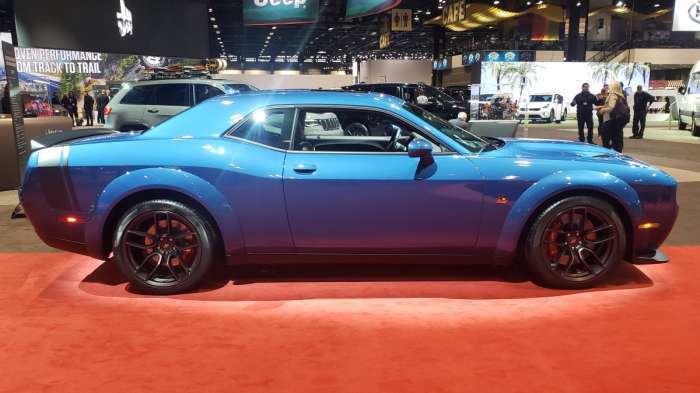 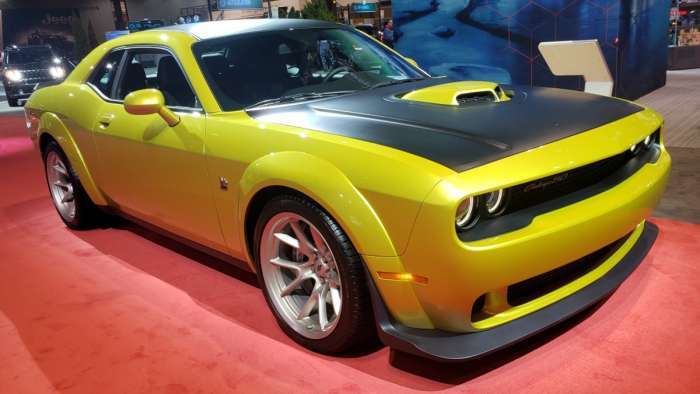 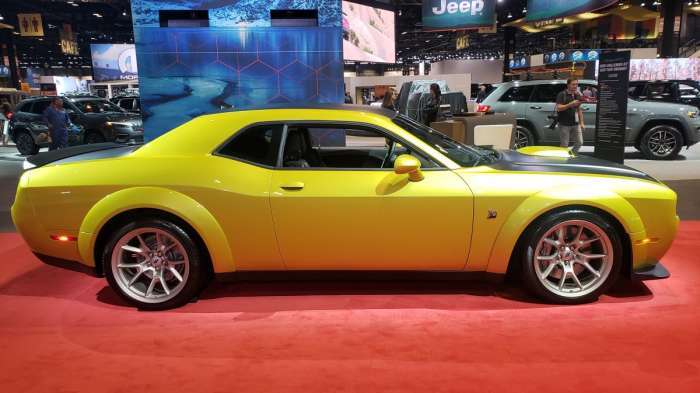 Sinamon Stick is also one of the colors offered with the 50th Anniversary Edition Dodge Challenger, but this color will be available across the rest of the lineup as well. It is not currently available, but when it arrives, buyers will be able to order it with all full-production versions of the 2020 Challenger. In the case of the car shown here, it is a 50th Anniversary Edition R/T Shaker model with the standard-width body. 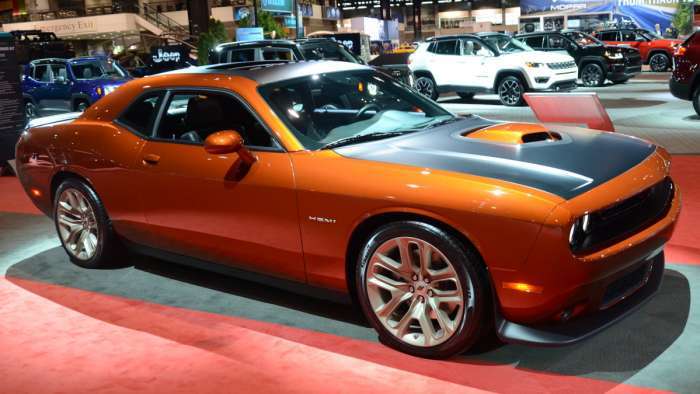 With these three colors being displayed in Chicago, the only color that we have yet to see in its 2020 form in person is Hellraisin. However, that color is currently listed on Dodge.com in the Build & Price feature on almost every model. For some reason, it is not currently available with the non-Redeye Hellcat Widebody or the base SXT, but it you can get an idea of what every other version of the 2020 Challenger looks like on the configurator tool. 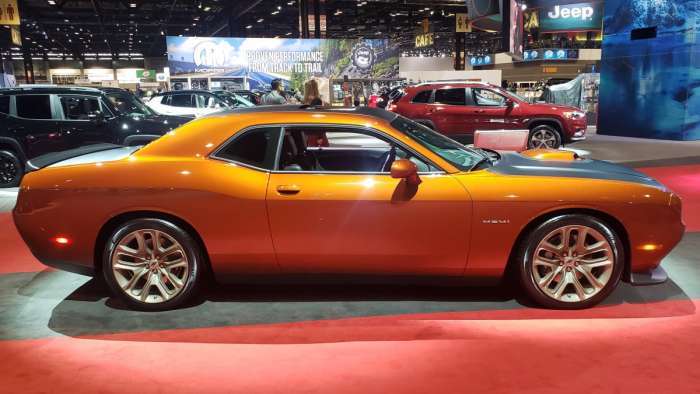 Peter R. Swannie wrote on March 8, 2020 - 7:57am Permalink
Do you know anyone that can order me a 50th Anniversary SRT 392HO Shaker WideBody Challenger with Frostbite or White Knuckle or Gold rush with Black Laguna Leather and fully optioned as possible loaded. I am eager to get one now.
Michael Ocelnik wrote on March 22, 2020 - 1:11pm Permalink
Challenger CONVERTIBLE, when, when, I’m not getting any younger! P.S. in a HellCat also, Black would be nice!