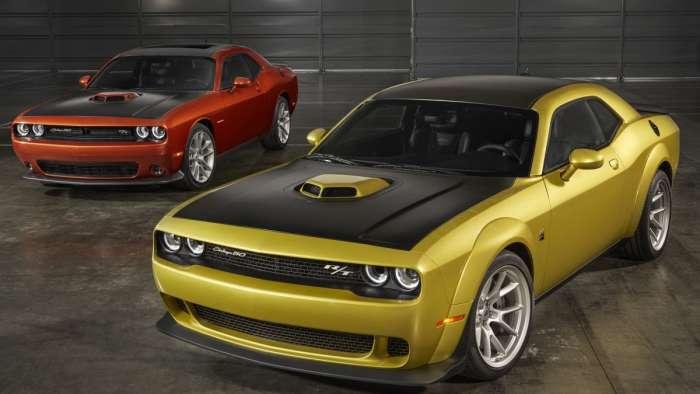 If you have been waiting for your chance to order a 2020 Dodge Challenger Scat Pack Shaker Widebody in Gold Rush, your wait is over, as the order banks for these limited edition Mopar muscle cars opened today.
Advertisement

The Dodge Challenger was first introduced for the 1970 model year, so for the 2020 model year, FCA is celebrating their legendary muscle car with a 50th Anniversary Edition package. This package, available for the GT RWD, R/T Shaker, Scat Pack Shaker and Scat Pack Widebody Shaker, was announced last month and formally introduced at the Los Angeles Auto Show. At that point, we were told that they would go on sale later this year, and in speaking with several of our dealership connections, we learned that the order banks for the 50th Anniversary Package Challengers opened today – December 11th, 2019.

This means that FCA is officially taking orders from dealerships, so today is the first day that you can head to your local Dodge dealer and place a custom order for one of these limited edition Challengers. Mind you, some people may have made arrangements with their dealership when the package was announced, but before today, dealerships couldn’t actually place orders with the company. 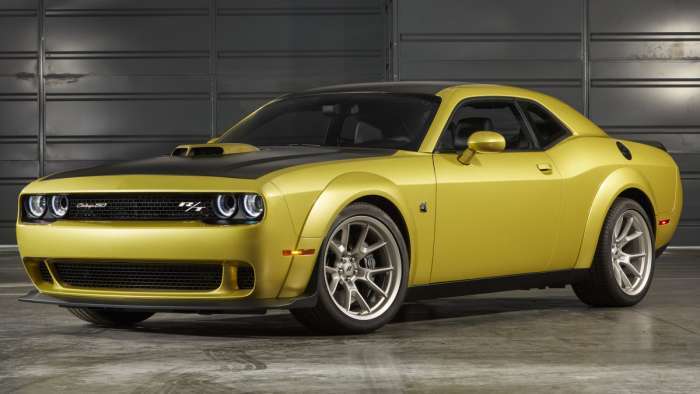 Dodge Challenger 50th Anniversary Edition
The 50th Anniversary Edition package starts on the outside for the 2020 Dodge Challenger. The R/T Shaker, Scat Pack Shaker and Scat Pack Widebody Shaker models feature a body-colored Shaker scoop with a matte black hood, badges finished in the new “Gold School” gold-chrome finish, Gold School finished wheels, 50th anniversary logos in the illuminated air catcher headlights, Gold Rush painted Brembo brake calipers and Challenger 50 badges. The GT RWD models have everything except for the body-colored Shaker, as you cannot get the Shaker hood with the Pentastar V6. Also, there is no 50th Anniversary Edition package is not available for the Hellcat models. 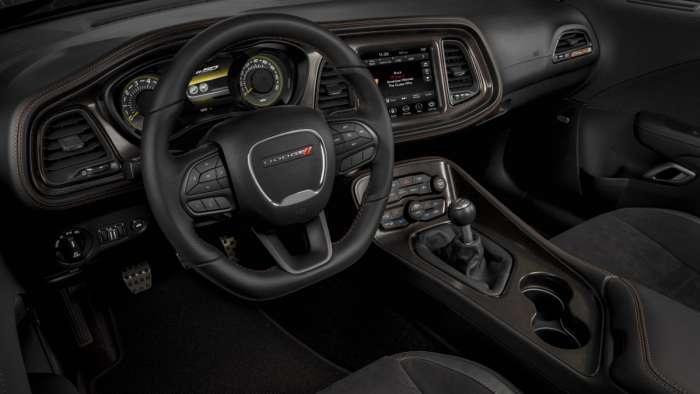 On the inside, the 50th Anniversary Dodge Challengers feature black sport seats wrapped in leather and Alcantara suede, Sepia stitching throughout the cabin, unique gauges with a special start-up screen, unique floor mats and the 50th anniversary logo embroidered on the seatback. Also, each 50th Anniversary Edition Challenger has a unique badge on the passenger’s side HVAC vent that lists the exterior color and the sequence number of that vehicle out of the 70 in the same trim and color. 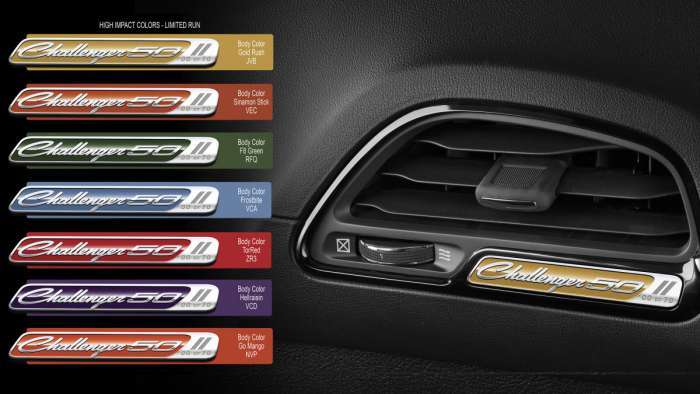 The Dodge Challenger 50th Anniversary Edition models can be ordered in six current exterior colors, including Frostbite, Hellraisin, Sinamon Stick, TorRed, F8 Green and Go Mango. There is also a package-specific color, Gold Rush, which is shown on the Scat Pack Shaker above. There will be 70 of each color made in each trim level, leading to a total of 1,960 50th Anniversary Edition Challengers being produced in total.

The 50th Anniversary Edition package for the 2020 Dodge Challenger GT RWD costs $4,995, leading to a starting price of $35,690. The package costs $5,495 for the R/T Shaker for a starting price of $40,090 and the package costs $5,995 for the Scat Pack Shaker and Scat Pack Widebody Shaker, leading to starting prices of $44,990 and $50,990. The key model here is the Scat Pack Widebody Shaker, as this marks the first time that you can combine the Widebody and Shaker packages on the modern Challenger.

Start Calling Dealerships
If you have your heart set on owning a 2020 Dodge Challenger 50th Anniversary Edition model, you should start calling dealerships right now. The order banks opened this morning and our dealer connections said that the system was so busy, that it was freezing up. In other words, people are ordering them in a hurry, but getting one is harder than just going to any dealership and placing an order. 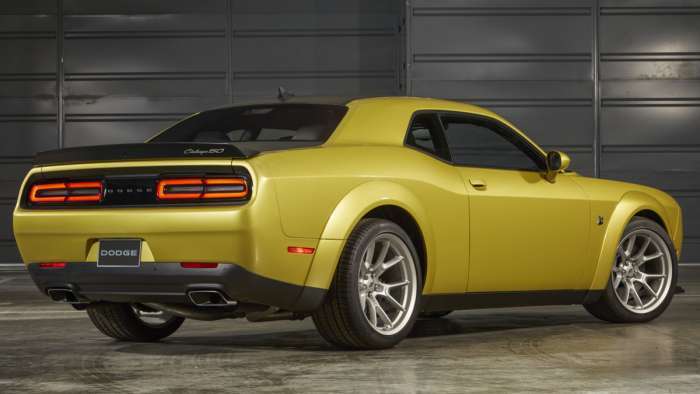 Since only 1,960 units are being produced, there is an allocation process that is based on each dealership’s Challenger sales. Dealers that sell more Challengers will get to order more 50th Anniversary Edition models while some dealerships wont get to order any at all. This means that your nearest Dodge dealership might not be able to order you one of the 50th Anniversary cars, so start searching for dealers in your area and calling right away if you want to get one.