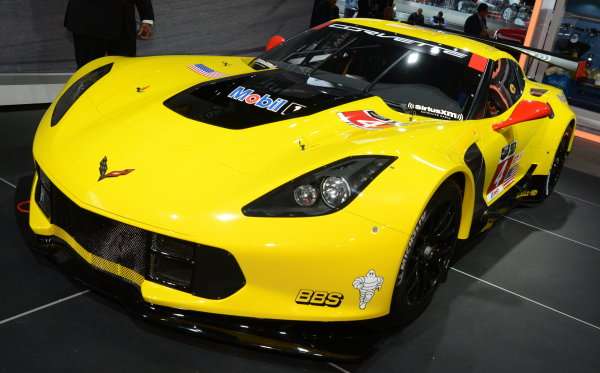 Corvette Racing Looks to Build on Historic Success at LeMans

Corvette Racing has announced that both of their team cars have received an invitation to compete in the 2016 24 Hours of LeMans endurance race – giving the Corvette crew a chance to back up last year’s LeMans win while continuing the momentum gathered in finishing 1-2 earlier this month in Daytona.
Advertisement

In the modern world of American endurance racing, there are few teams which have enjoyed more success than the Corvette Racing crew. Over the past 15 years, the Corvette endurance racers have racked up race wins and series championships around the world. One of the crown jewels for any endurance racing team is the 24 Hours of LeMans race, which Corvette Racing has won 8 times since 2001 and at the 2016 running of the LeMans 24 hour race, there will once again be two Corvettes battling for the LMGTE Pro class – as drivers Oliver Gavin, Tommy Milner and Jordan Taylor look to win their second LeMans race in two years.

Corvettes are Early Favorites at LeMans
The 2015 LeMans race was both very good and very bad for Corvette Racing. The #64 Corvette driven by Tommy Milner, Oliver Gavin and Jordan Taylor won the LMGTE Pro class, beating the 2nd place Ferrari by 5 laps – which was very good. On the other hand, the #63 Corvette of Jan Magnusson, Antonio Garcia and Ryan Briscoe made the trip to LeMans, but Magnusson wrecked so badly in practice last year that the team wasn’t able to make the starting field – which was obviously very bad.

Fortunately, Magnusson and Garcia are coming off of a big win at the 2016 Rolex 24 Hours of Daytona, so even with the troubles in 2015, the Corvette Racing team is an easy pick for an early odds-on favorite.

To win their 9th LeMans race since 2000, Corvette Racing will have to beat the best in the world and for 2016, there is a new level of competition with the debut of the new Ford GT race cars. The Ford GT40 was an endurance racing beast back in the 1960s, but in the debut of the new EcoBoost GT race car earlier this month in Daytona, things didn’t look so great. Ford ran into mechanical issues with both cars in Daytona, preventing the Ford-Chevy shootout that we had all been hoping for, but with four Ford GTs entered for LeMans, there is a very good chance that we will finally see an all-American battle for the LMGTE Pro class.

Handling the driving duties in the #64 Corvette will once again be Oliver Gavin, Tommy Milner and Jordan Taylor, while the #63 Corvette will be driven by regulars Magnusson and Garcia, but Jordan Taylor’s brother Ricky Taylor will replace Ryan Briscoe on the 2016 driver roster. While Ricky Taylor is a newcomer to the Corvette Racing program, he has enjoyed a great deal of success behind the wheel of his Wayne Taylor Racing Corvette Daytona Prototype with brother Jordan – so he is far from a rookie.

Historic Success Broken Down
When the #63 and #64 Corvette race cars hit the track this June, they will be looking for their 9th win in the 24 Hours of LeMans race, but in the 16 LeMans races run by the C5R, C6R and C7R Corvette race teams, they have stacked up more than just 9 wins.

The Corvette CR program first hit LeMans in 2000 and they grabbed one podium spot, finished 3rd and 4th in class. With 3rd being their best finish in 2000, they wouldn’t have a statistically worse year until 2010.

In the first 10 years (2000-2009) of the modern Corvette Racing program running at LeMans, the team piled up 6 wins and 16 podium finishes (out of a possible 20 podium finishes).

Things have technically gotten much worse for Corvette Racing in the past 6 LeMans races, “only” winning twice and grabbing one other podium finish along the way, with a 2nd in 2014. A full list of the finishing positions for Corvette Racing is available below, along with a breakdown by generation.