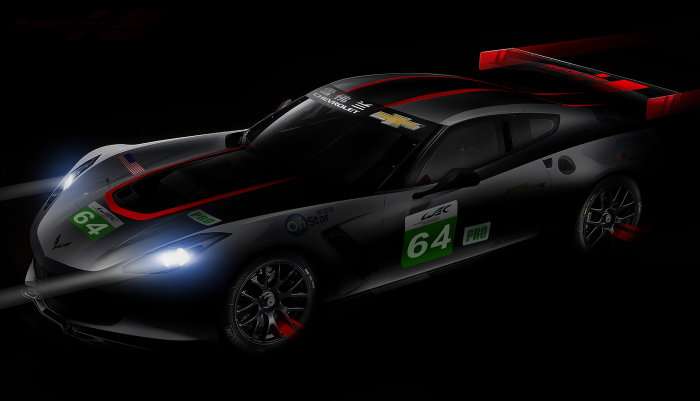 Corvette C7R Going Racing in China for the First Time

Chevrolet has announced that the Corvette Racing program will end the 2018 season with a stop in China for the 6 Hours of Shanghai FIA World Endurance Championship (WEC) race - marking the first time that a factory-backed Corvette has raced in Asia.
Advertisement

In the world of endurance racing, there is no American program that has been more successful than that of Corvette Racing. The 2018 season marks the 20th year for the factory-backed Corvette racing program and to cap off this season, the team will make their first ever trip to China where they will compete in the WEC 6 Hours of Shanghai.

“Corvette Racing has proven itself as a world-class racing program,” said Mark Kent, Chevrolet director of Motorsports Competition. “Competing in the Shanghai race provides us an additional opportunity to test ourselves against the top manufacturers and teams in the FIA WEC.”

Racing in China
Corvette Racing will make their first competitive laps in China during the 6 Hours of Shanghai in mid-November and while the team generally runs two cars, it sounds like they will only be running one car for that race. Provided that the artwork above is accurate, that one car will be the #64 Corvette that was driven in this year’s 24 Hours of LeMans (another FIA WEC race) by Tommy Milner, Oliver Gavin and Marcel Fassler. With the Shanghai race being shorter, the driver roster may only include Milner and Gavin, or perhaps one of the drivers from the other car such as Antonio Garcia or Jan Magnussen will be involved as well.

In any case, we know that the Corvette C7R competing in China will be painted a unique “Redline” livery. Chevrolet has recently introduced the sporty Redline appearance package in China, so to show that off, they will feature the design on the first ever factory-backed Corvette race car to hit Asian asphalt.

“Corvette is a global icon that we are excited to be bringing to race in China — the second-largest market for Chevrolet,” said Scott Lawson, general director of Chevrolet for SAIC-GM.

Corvette Racing Achievements
With the announcement that Corvette Racing would be headed to China for the WEC 6 Hours of Shanghai, General Motors also included a list of accomplishments for the team over the past 20 years of racing. When you look over this list, there is little question as to why Corvette Racing has long been the top American team in the world of endurance racing.