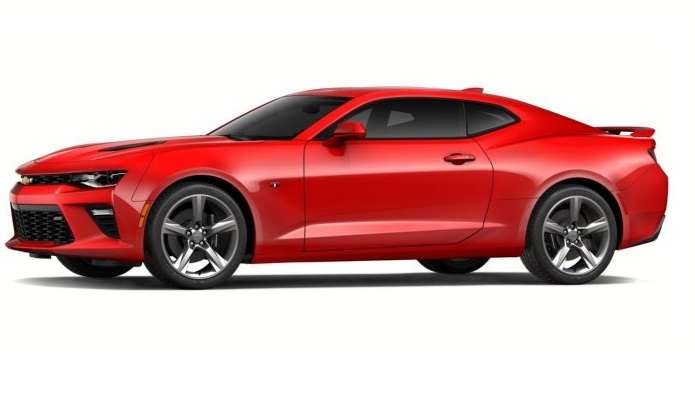 The Chevrolet Camaro had a big month in September while the Dodge Challenger fell far from the month before and the Ford Mustang stayed relatively steady – allowing the Camaro to lead the muscle car monthly sales race for the 2nd time this year.
Advertisement

September 2017 was a fairly strong sales month for the American muscle cars, with the Chevrolet Camaro, the Dodge Challenger and the Ford Mustang combining for a total of 18,057, which is the best monthly total since May. However, the big winner was the Chevrolet Camaro, which saw a big jump in sales over the month before while the Dodge Challenger – which won the August title – saw a big drop in sales. Meanwhile, the Ford Mustang remained fairly consistent from the month before, allowing the Camaro to claim the September muscle car sales title.

Camaro Leads the Pack in October
In September 2017, Chevrolet sold 7,430 examples of the Camaro, which is 853 units better than the same month last year while also being more than 2,400 units better than August 2017. The September total is the 3rd best month of 2017 for the Camaro and it comes after a 3-month lull in Chevy muscle car sales.

The Ford Mustang was second in September sales with 5,847 units sold, up 312 units from the month before, but that number represents a decline of 582 units from the same month last year. Mustang sales numbers have been down this year compared to the past few years, but the Mustang has still led the segment in monthly sales for 5 of the 9 months this year while also holding a massive lead in the annual sales race.

The Dodge Challenger had the most disappointing September, falling to 3rd after leading the segment in sales in August. After moving 6,253 Challengers in August, Dodge sold just 4,780 units in September, so the Mopar muscle car was down 1,473 units from the month before while also being down 918 units from the same month in 2016. However, Dodge can expect a jump in Challenger sales as the 840hp Challenger Demon and the 707hp Challenger Hellcat Widebody hits dealerships with full force during the final quarter of the year.

The Annual Muscle Car Sales Race
On the year, the Ford Mustang has a huge advantage in the muscle car sales race with 62,196 units sold. The Chevrolet Camaro has moved into the 2nd spot with 53,727 units sold and the Dodge Challenger is now 3rd with 52,276 units sold. With the Mustang leading the other two by nearly 9,000 units, it seems unlikely that either the Camaro or the Challenger will catch the Ford by the end of the year. The Camaro beat the Mustang by roughly 1,500 units last month and if that pace continues, the Mustang will still win the annual sales race.

So, the Ford Mustang could lose the 2017 muscle car sales title in the final 3 months of the year, but that it going to take several incredibly strong months for the Camaro or Challenger and several very weak months for the Mustang. It is possible, but unlikely.

Rick wrote on December 16, 2017 - 12:26pm Permalink
I think Ford will take an even bigger hit now that the 3.7 V6 has been dropped. Chevrolet Camaro , and Dodge Challenger both offer good V6 alternitives.