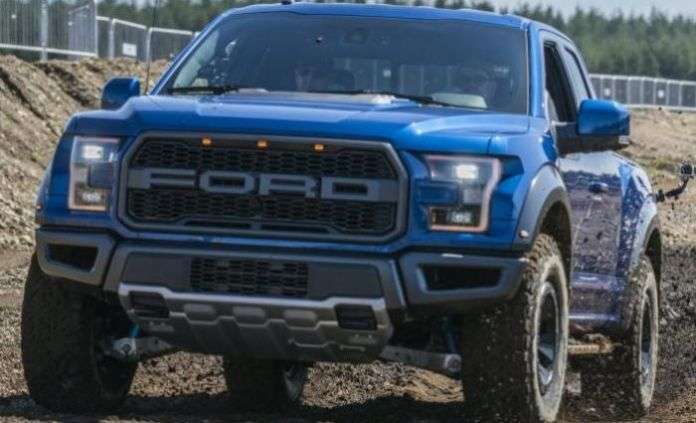 Ford Motor Company is recalling a small batch of the 2018 Ford F150 Raptor over a concern that the roof structure may not have been properly affixed during production – possibly leading to structural integrity in the event of a rollover accident.
Advertisement

The 2018 Ford F150 Raptor is the highest performance truck on the market today, with the ability to reach big speeds on the road and off. Unfortunately, Ford Motor Company has discovered that a small number of 2018 Raptors may not have been properly assembled, with some rivets missing from a structural brace in the roof.

2018 F150 Raptor Recall
Before getting into the details of this 2018 Ford F150 Raptor recall, we should point out that this issue only affects 42 trucks. All 42 of these trucks are SuperCab models without the sunroof and they were all built at the Dearborn Assembly Plant between July 8th and August 21st of this year. So, if you have a 2018 Ford F150 Raptor SuperCab without the sunroof and it was built in July or August, your truck might be included in this recall.

The problem leading to this recall is that in these 42 2018 Raptor F150s, the structural braces in the roof may not have been properly riveted to the roof rails of the body assembly. Should one of these trucks be involved in a rollover accident, the lack of rivets may prevent the braces from providing proper support. If the braces don’t do their job, the cabin is more likely to sustain more significant damage and that could lead to a greater chance of occupant injury.

Fortunately, Ford is not aware of any accidents or injuries involving these 42 2018 Raptor F150 SuperCab pickups, but to make sure that no one is injured because of this, the company is recalling the truck to dealers for repairs.

The fix seems relatively simple, as the dealership technicians will simply add the rivets which were forgotten at the factory, but it likely entails removing the headliner, so this 2018 F150 Raptor roof rivet recall fix could be somewhat time consuming. However, anyone who plans on doing much offroading with their new Raptor will most certainly want to make sure that it has all of the structural rigidity that the engineers added.

Of course, this repair will be performed free of charge and owners of a 2018 Raptor who are interested in more information can contact their Ford customer service with reference to recall campaign 17S29. Owners can expect a letter from the Motor Company, as well as possibly getting a notification from their dealership.