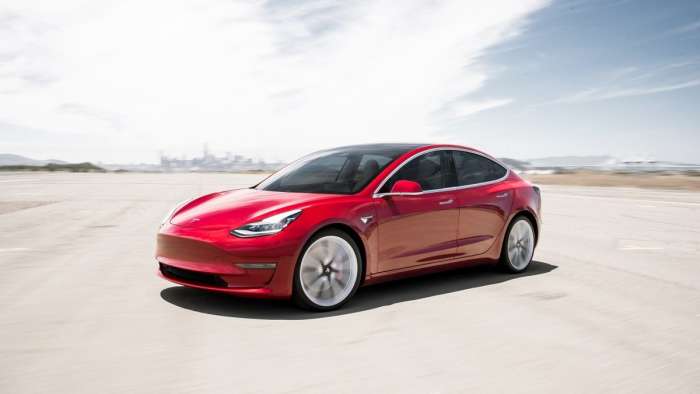 The UK’s motor industry trade body, the Society of Motor Manufacturers and Traders (SMMT) reported today on the catastrophic fall in car registrations during April 2020. Year on year, the market fell 97.3% to its lowest level since 1946, with just 4321 registrations, this due to the widespread lockdown and unprecedented economic slowdown due to Covid 19. The UK is unfortunately one of the European countries worst affected by this virus.
Advertisement

In these terrible times, at least some good news, albeit tempered by the toll that the virus has had on human life, and economic carnage wrought on companies both small and large. 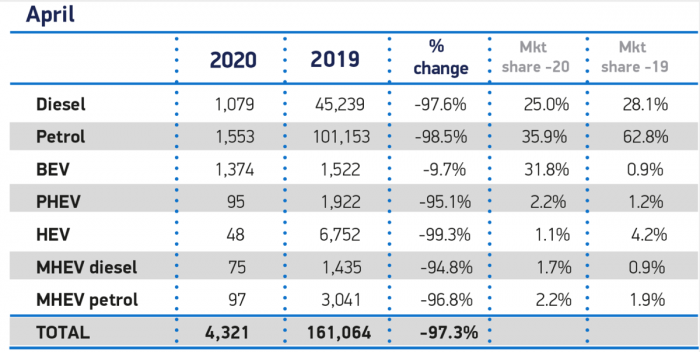 Normally Tesla’s exports to Europe are timed to coincide with the end of the quarter, so it’s interesting to see Tesla doing well in the first month of quarter two. SMMT usually report Tesla’s registrations as “other imports”, so it’s also interesting to see SMMT has split out the numbers for Model 3. Until now Tesla has not been a member of SMMT and has shied away from reporting monthly statistics.

Interestingly registrations under the category “other imports” totalled 822 cars (19% market share), although it’s impossible to see if these were primarily all Tesla (M3, S and X) as has previously been the case.

In the meantime, Tesla is improving it's "million-mile" battery and we should expect better Tesla cars with longer mileage in the next year or two.

Andy Granger has 44 years of experience in Automotive industry and spends his time between Perth in Australia and the Solomon Islands. Andy is a Tesla enthusiast and love electric cars. You can follow Andy on Facebook and send him news tips. Andy's writings mainly focus on Tesla news coverage and particularly the Giga Berlin factory.