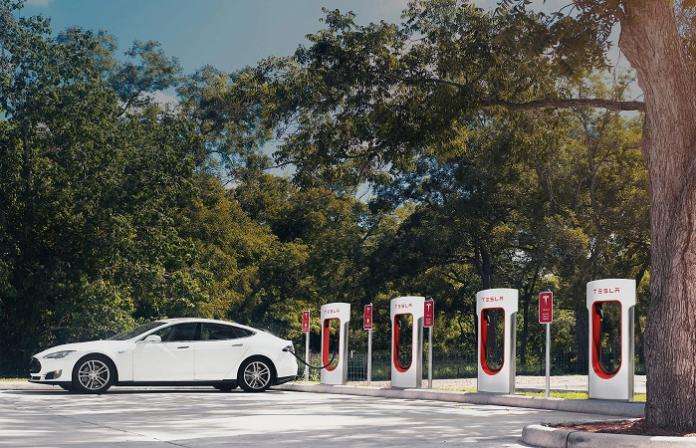 Here are 3 possible factors that can lead to some resentment by Tesla Model S owners with the influx of Model 3.
Advertisement

Superchargers will not be exclusive to Tesla Model S and Model X owners as hundreds of thousands of Model 3 owners soon will flock the superchargers. This may lead to resentment. Here is a scenario shared by a Model S owner.

Today on Reddit one user started a discussion and asked if the influx of Model 3 owners will lead to resentment by Model S owners. It's about more people using the same chargers. Until recently you had no lines. Soon you will have lines.

This is what that user writes.

"The pictures and stories of Super Charger locations during the Great Eclipse Migration of 2017 got me thinking. From my anecdotal perspective, current Model S and X owners have had the luxury of relatively wait-free Super Charger access. I know the number of charging locations is going up a lot, but it doesn't seem proportional to the 400,000 new Tesla drivers we'll theoretically have by the end of next year. Here are some factors I can see leading to some resentment from existing Tesla owners (a lot of speculation):

"Allow me to explain that last one further. I find this subreddit to have a very positive community with a general 'we're in this together' feel, but I do think there is potential in the real world for a subsection of S and X owners to be really put off when suddenly they have to wait behind a bunch of 3 owners at a charger that used to be relatively vacant. I'm not claiming there will be rampant fights or class warfare at Super Chargers, I just thought the eclipse provided an interesting glimpse at a potential future for EV owners."

One member in the discussion went even as far as writing "I could definitely see Model 3 owners being regarded as second class citizens by S/X owners in some situations." This shouldn't happen. Tesla is adding more super chargers and they will grow as the number of Model 3 owners grow. On the other hand, the exclusivity to Model S and Model X owners is gone.

May be Model S owners can learn from Chevy Volt owners. Here is how Chevy Volt owners support one another plugging in each other's cars. We should avoid any EV road rage incidents that were happening in 2012. And finally, electric vehicle charging etiquette that started to take shape, should take shape for all Tesla owners as well.

Den wrote on August 23, 2017 - 3:05pm Permalink
Good etiquette will become a must. Did a recent 7k km trip. The vast majority of owners are responsible and courteous but did see a few "bad apples". Examples included seeing an owner pull up and occupy a SC spot even though did not charge and there were other non-SC parking spots available.