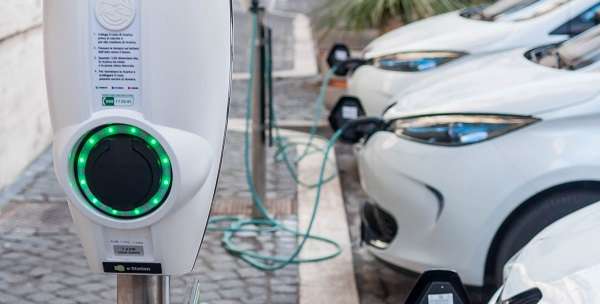 Tesla Model 3 vs Chevy Bolt vs Nissan LEAF: Their Advantages and Weaknesses

What do you think are the advantages of Tesla Model 3, Chevy Bolt and the New Nissan LEAF? What are each strength and weaknesses? This was the question I asked in Electric Cars group on Facebook and received some very interesting replies.
Advertisement

This is what current EV owners think about the weaknesses and advantages of Chevy Bolt vs Nissan Leaf vs Tesla Model 3.

Renee Cousins
Chevy Bolt has a lot more range than the Leaf, but both suffer from a lack of charging infrastructure against the Tesla. But that's changing; CCS chargers keep popping up all the time, so Tesla's big advantage may fade by the time they come to market. But Tesla is also a premium brand, so you get a more "luxurious" versus "practical" car with Tesla. That's certainly not everyone's "thing", so either one would be a great buy. Tesla's not wanting for more buyers and Chevy is, so from a purely promoting EV's, the Chevy might be the better choice. I love my Tesla Model S and wouldn't trade it in for anything.

Kyle Ray O'Donnell
AutoPilot for Tesla 3 + evenly spread supercharger infrastructure. Range for Chevy bolt. The Leaf is now a laggard, which pains me to say since I drive one. Don't get the new one. Pickup used for less than 10k.

Renee agrees with O'Donnell writing that a used Nissan Leaf is a steal right now. "That would be the only real advantage of buying a Leaf right now," she adds.

Ed Tanas
Try to find a Kia Soul EV. Loved ours but just didn't have the range nor charging infrastructure here for long highway trips.

Jim Seko
The current production Leaf is the most affordable EV if you do not require more than 100 miles of range. The upcoming longer range Leaf will probably be in production by the end of this year but there are no details available regarding price, range, performance or even what it looks like. It's a difficult question to answer.

Matt Williams
Chevy Bolt has no LVL 3 charging setup as they are not Chadmo. So no reason to buy a Bolt yet.

Jim Barbera
The Bolt EV is a hatch. The Model 3 appears to be a conventional sedan with a trunk. I asked the lady at the Tesla store to confirm and she said she wasn't sure. Personally, I prefer a hatch.

At the end there is an interesting comment from Robert Malcolm Kay. He wrote that all these electric cars really annoy him because "none of them has anywhere to spill my cigar ash."

What do you think regarding the advantages and weaknesses of Chevy Bolt vs Nissan Leaf and Tesla Model 3?

VFanRJ wrote on February 7, 2017 - 12:11am Permalink
@Matt Williams says "Chevy Bolt has no LVL 3 charging setup as they are not Chadmo." I don't understand this comment. I've never seen a level 3 charger that didn't have both CHADMO and CCS. So yes, the Bolt does have a level 3 option.
Leaf It wrote on February 7, 2017 - 10:55am Permalink
It's true that a used Leaf is a steal right now. I just bought a 2013 Leaf that I had leased. It makes an ideal second car for city driving. Virtually maintenance-free. Lot's of zip. Good capacity in hatch. Seats five (four comfortably). Battery still at full capacity.
Leif Quraeshi wrote on February 7, 2017 - 1:45pm Permalink
At present you only have the current Leaf and the Bolt. The Tesla S & X are gorgeous but almost triple the price, so its a Mercedes vs Kia type of comparison. The Bolt is the first of the next generation EV's for the $30K crowd. Its out now and the only one with a +300 Km range at @$30 net. The current Leaf was a pioneer now a laggard but due for a full refresh in 18 months, so like the Tesla 3 its not part of the current conversation unless you are able to wait another 18 months for your car. For the next 12 months the only choice seems to be the Bolt for those wanting 150 to 250km range for @$30K
TB wrote on February 7, 2017 - 1:48pm Permalink
The leaf will be replaced this year, hopefully itll be around the 300 mile range. Doesn't sound a lot compared with a tesla BUT it depends on what you want to pay. The leaf is an awful lot more affordable and this year the road fund licence hammers cars (new) over 40k. So that might put off tesla owners. After all these are bought primarily to save money. The new one I'm told looks very good.