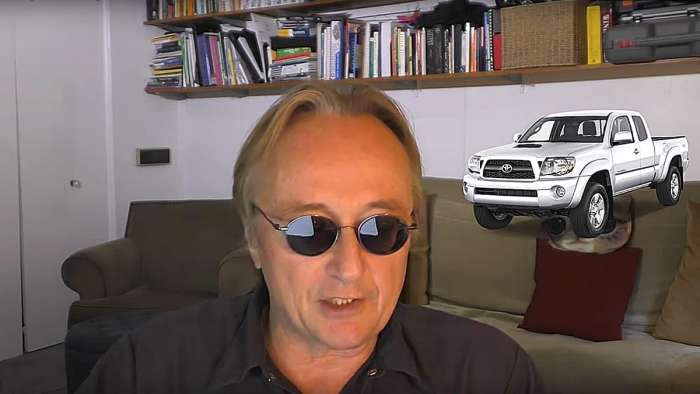 One of Scotty's subscribers sent him a question saying should h buy a 4-cylinder Tacoma or a V6.

He also added that hauling also comes into the play when deciding between a 4-cylinder vs a 6-cylinder Tacomas.

"Now, if you were really into hauling really heavy stuff lets say a trailer and stuff, yeah, you would probably want to go with the V6 engine. However, the 4-cylinder Tacoma for most people is a better, all around better vehicle. Also, the 4-cylinder Toyota Tacomas cost a lot less," he added in the comment.

I reached out to Torque News Toyota reporter Jeff Teague, another prominent Toyota Youtuber, known as ToyotaJeff and asked his opinion as well. Jeff's opinion is a little different. Here is what he wrote me. 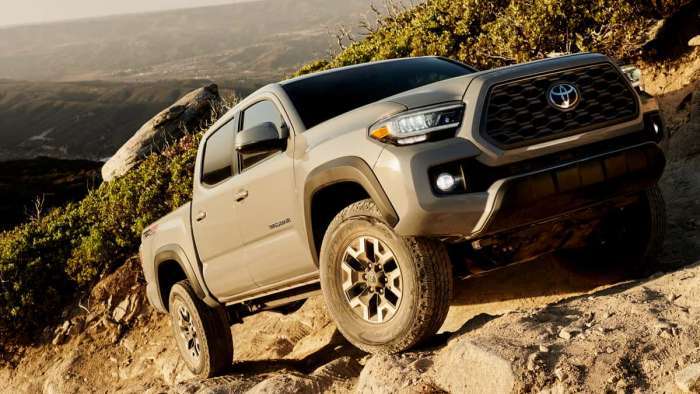 "The 4-cylinder option is ideal for those customers who have a set budget at the lower end of the truck spectrum. You can get a 4-cylinder Tacoma for just under $26,000 starting price. It's a solid 2.7-liter engine, although a touch under-powered. It can still pull 3,500 pounds," he added.

In fact, check out one of his recent stories, discussing everything you need to know about 2019 Toyota Tacoma TRD Off-road vs TRD Pro and 7 reasons to pull the trigger on a 2020 Toyota Tacoma.

What is your preference between a 4-cylinder Toyota Tacoma vs a 6-cylinder? Let us know what you think in the comments section below. See you in the next story.

Jeff Teague wrote on August 14, 2019 - 7:52am Permalink
I think the V6 engine is the way to go...unless budget is the most important thing for someone.
Roderick Daigle wrote on July 18, 2021 - 6:43pm Permalink
I agree with choosing the V6 engine. I have been in a predicament where I have needed to pull a double axle trailer which is not often. It is wise to go with larger engine and not need it rather than strain a smaller engine especially which causes more wear and tear if ever you need to haul a heavy load and get up to speed on a busy highway.
Brusco wrote on October 27, 2019 - 10:26am Permalink
See while many people will compare MPG ratings and say that they get almost the exact same MPG... I would say that every time you start up a 4 cylinder and it sits idle you burn far less fuel .. Also let’s say you decide to keep this truck for 20 years.. the 4 cylinder will be much easier to work on .. and is lighter on brakes and tires.. but if you need to haul heavy then go V6.
Byron Brown wrote on November 9, 2019 - 3:13pm Permalink
I own a 2018 Tacoma Sr. It's a 4-cylinder. I have to drive it with the ECT button always on 4 better passing on highway, & better power. I have grown to like it more. But have added tons of modifications to other missing options. Door badge, fender flares, tow hitch,bak-flip bed cover,trd front grill,all terrain tires,speaker upgrades.. It's an access cab. Out the door for 23k.I have heard the engine is bullet proof, with a timing chain. I am happy with my purchase
Joshua celona wrote on May 27, 2020 - 1:44pm Permalink
I have a 2015 Toyota Tacoma 2.7L. I think the truck is great. I owned bear for 2 years now and i love this truck. It dose very well off-roading, and handles beautiful on every day drives. I know the V6 my have more horse power, but bigger dose not mean better.
Rhonda Cerecedes wrote on September 23, 2020 - 2:28am Permalink
Thank you for the info! I want to own a Toyota Tacoma, 4 cyn. No off roading, no big tires, no hauling, simple as I can get! City driving for me! A cab cover, good sounds, smooth ride. Hard to get honest input these days. Advise???
jacqueline spar... wrote on March 9, 2022 - 1:03pm Permalink
I too am looking into a Tacoma. Will definitely be getting a 4 cylinder nothing to haul around, nothing to tow, maybe a very small trailer, no off road. Ideas?
James Southworth wrote on December 2, 2020 - 10:59am Permalink
As someone who does thier own service I'll take the 4 cyl. The 4 cyl is simlper, leaves more room in the engine bay to work, and generally has less problems than the V6 to begin with. The better fuel economy and cheaper purchase price are just icing on the cake.
Rajkumar Singh wrote on December 28, 2020 - 10:21am Permalink
Can you transfer a 4 cylinder chassis to a V6
JHS wrote on May 12, 2021 - 7:34pm Permalink
Looking to buy a used taco I can't seem to find too many 6 cylinders. I tow a boat (850 lbs) but that's about it. Should I really hold out for the 6 cylinder?
Donald Kerns wrote on July 3, 2021 - 5:33am Permalink
Just bought a 2021 Tacoma SR yesterday with the four cylinder engine and automatic transmission. I traded my 2019 off road with the V6 and 6 speed manual transmission. I loved the set up of the off road and with the cat back exhaust and cold air intake it really ran and sounded great but there was always something I loved about the lowly SR. I guess because it’s an open canvas. Besides I needed a work truck more than a play truck. For now I’ll just see what the four banger can do.