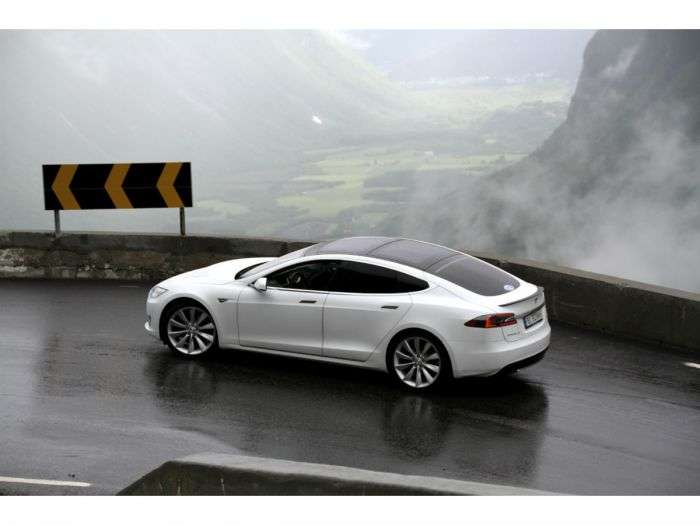 Man's Tesla Model S is Damaged Twice: At Delivery and at Repair Facility

At Tesla Model S Owners Club on Facebook one owner told his story of how two times different Tesla dealerships damaged his Model S. What would you do?
Advertisement

When George Emile bought his Tesla Model S, he didn't expect that on two different occasions a Tesla dealer and service department would cause a body damage to his S85

The 1st occasion was at delivery. He was called by the dealer stating his Tesla is ready for delivery.

"I made arrangement to pick it up. While on a Uber ride 80 miles in, they called me and said the car was not ready and asked me not to come now, stating there is a delay and we will notify me in two more weeks. Feeling something fishy, and since I was minutes away, I continued my ride to the dealer.

"Once I got there they said the car is not here. I asked where is it? They kept tossing me back and forth making calls and finally said it’s at a body shop. They said there was a minor scratch on the door caused by a sales guy while he was parking it. I asked them why you did not tell me this? They said because we were going to take care of it for you anyway. I demanded to see the scratch and asked for the body shop address. They claimed it was not open in the weekend, but after demanding I see the car, they provided me the address.

"When I got there it was open and the scratch they claimed was done, was actually a door that was dented and required replacement.

"To calm the situation down and make up for the damage and dishonesty, they later offered to rewind the deal or provide me a free detail and a free 12,000 mile service. I asked would this repair cause any loss of resale value or show up on Carfax? They said no because it’s done before delivery and by a factory authorized Tesla repair shop. I believed them and kept the car."

Last week Emile took his Tesla Model S to another Tesla repair facility to have 24,000 mile check up and few items looked at. A few days later they called he and said the car is ready and said he cane come and pick it up.

"I was out of town and so on the 4th day the repair advisor said not to come now because if you came, you will see that the car has been scratched. I said how come? She said one of the service guys backed up into something and of course they will take it and get it fixed for me. I asked her to send me a picture of the damage. She sent me a pic of the scratch of corner of rear bumper and quarter panel. I asked her the same question I asked before: will this affect the resale value or show up as accident on Carfax? She said no.

Emile parks his Model S in a garage and covers it. He tries not to park his Model S next to any car. As a result his car has zero door dents. Now his Tesla is in a great condition with low 24k miles.

A Question for Torque News Readers

How would you guys handle this situation: knowing your beautiful Tesla has been damaged, fixed and repainted on two occasions by Tesla?

David wrote on April 17, 2018 - 6:05pm Permalink
Anyone can Carfax a VIN for free. I just did mine. Only shows if insurance billed.
Daniel wrote on April 17, 2018 - 6:06pm Permalink
They fixed the car in good faith both times and gave you some additional service. I’d be upset about employees scratching it twice, but dude it’s just a car. And they made it right.
David Israel wrote on April 18, 2018 - 5:28pm Permalink
Um, inconveniences, yup. They made it right, good enough for me. and... this is "news" why?
kent beuchert wrote on April 20, 2018 - 10:24am Permalink
Neither the dealer nor the customer comes across as being normal. I'd have to say,a typical Tesla customer - not someone that other automakers would want as a customer. As my uncle used to say - there are people I don't want as customers.