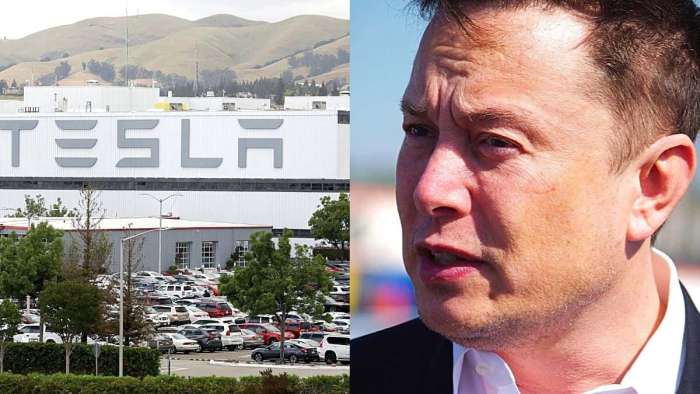 The smartest idea Elon Musk ever had was making Tesla into a "tech" company, not a "green" company. Why Tesla is successful.
Advertisement

I have paraphrased the original part of the discussion and am presenting it here for Torque News readers.

One of the biggest problems for many alternative energy/environmental companies is that their focus lies on how their product is going to save the world. All the customer has to do is buy the product, and they will save the world! Everybody gets to feel good, pats on the back, the environment is saved.

They forget that most humans are selfish and slaves to their passions and desires. We got this way because we humans are greedy. We want the coolest toys, the biggest guns, the tastiest fruit. In addition, most of us think we are going to die before the world burns up. It's hard to care about something that will not affect you at all (although it will affect your children and grandchildren).

So, take your greedy people and put them in front of two cars. One is marketed as environmentally friendly, fake leather, no animals were hurt in the making of this car, 0-60 in 5 seconds so you don't waste any energy.

The other is: "wrrrraaahh me so tuff." When you drive me, you are faster, stronger, better. Big ice strong. Buy our cars, and you get laid. It's all about you.

Our greedy person is going to buy the second car because he cares about themself first, and others second.

This is how Tesla is winning. Instead of focusing on the EV portion, and how buying a Tesla will help save the planet, Tesla is focusing on what the greedy humans want: cool gadgets, full glass ceilings, falcon-wing doors, auto-pilot. They are making an EV car for greedy and self-centered people. Actually, everyone does.

Also, Tesla is successful because Tesla means a lot of things to many different people, as it explains another user on Reddit.

Supercharging is a big plus for Tesla’s success. One person comments on Reddit, saying “A buddy of mine back home (in Norway) has a Mercedes EQC and a Tesla Model 3. They still chose to take the Model 3 on road trips just because of the hassle of charging EQC when on the road... competition still has a long way to go.”

What do you think are some other ideas that make Tesla successful in building and selling electric vehicles? Also, see Elon's latest loud "statement" about the Tesla Cybertruck in NYC.

Chromebar wrote on May 9, 2021 - 4:23am Permalink
I think in the main your article is true but let us look at the facts. Elon issued part 1 of his road map for Tesla and then the final part a few yrs afterwards. In this road map he clearly indicated that the reasondetra was to transition the global automotive industry to sustainability. You can not get a more environmentalist manifesto than that, so Tesla's core values are environmental that is why he and Tesla have been in the cross-hairs of FUD from big auto and big oil &gas and politicians in the US. Tesla in fact has been saved by a dictatorial and fascist one party state.....China. This clearly shows that capitalist markets and politics and manopolistic powers have to a large extent been able to kill of upstarts and their is no such thing as a level playing field. Thank god Elon was already rich and had succeeded in the conventional world of business that detests socially lead business models. In both the China and Western examples the common factor is money. It is both the explanation to how Tesla got started, why they faced resistance and why they will succeed. It is also clear why the world has been on a destructive path since humans began to farm and form complex civilisations.....in my view. Can humans evolve into a new state of mind and consciousness that allows us to not be fearful of other humans who we label as different but who are self evidently not. The entire environmental movement has been a long struggle to break this individualistic and egotistical mindset and programming. The methodology has been kind of hit and miss but consumers in the West have over time had to put to the dots together for themselves which has triggered have a moment of epiphany that happened ​due to the fallout of the 2008 crash. Now, because of the global pandemic humans all over the world are starting to see the world as intrinsically connected and that again there are issues that need to be worked out collaboratively where our selfish needs -amplified by our political leaders, who most of the time feed off of this and are themselves motivated by the same - have to transcend this default stance. The path is normally one where the countries seek to hard resources for themselves or prevent others from accessing a thing but the outcome or solution they think they have attained is undermined by the fact that the rest of the world or perceived competitor nation does not have access to siad resorces or technology that has been denied to them. I can clearly deminstrate this via the hording of vaccine doses pre-purchased by the global north relative to the global south. I can also make the case when we talk about climate change and adaptation where the global north has the finances to de-carbonise its power grid, its economic value chains and the tech to do so cost effectively; but the Global South does not. The Global South will thefore be polluting and emitting Co2 from coal powered power plants well into the next decade, undermining the rate at which climate change can be reduced and thus the efforts of the Global North.
Stephen Goldberger wrote on March 3, 2022 - 10:30am Permalink
Your comment is so much on track that I'm not even going to mention the minor quibble I might have.