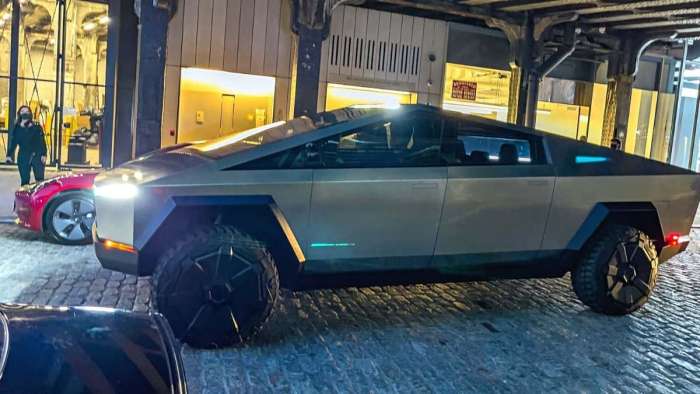 Tesla Cybertruck is in NYC with "Atrocious" Build Quality

Last night Tesla Cybertruck was brought to New York City. Elon Musk tweeted that the Cybertruck prototype will be in NY this weekend and people saw it leaving he showroom and driving in the NYC streets. And by "atrocious" here I mean positively aggressive.
Advertisement

The Cybertruck in NYC was spotted by Albert Lee, who took multiple pictures and shared with Torque News.

Thus, after appearing last month at Giga Texas, the Cybertruck is now on display at the Tesla store in the Meatpacking District of New York. Photos shared to Twitter by Steven Brennan show the electric truck is roped off, but visitors can get an up-close look at the Cybertruck.

Now imagine Cybertruck driving in New York City streets on FSD or Autopilot. I wonder how much work it is to add autopilot to a vehicle with different dimensions than the Model S, 3, Y and X lineup. Is there training required, or do the neural nets, just “get it?" 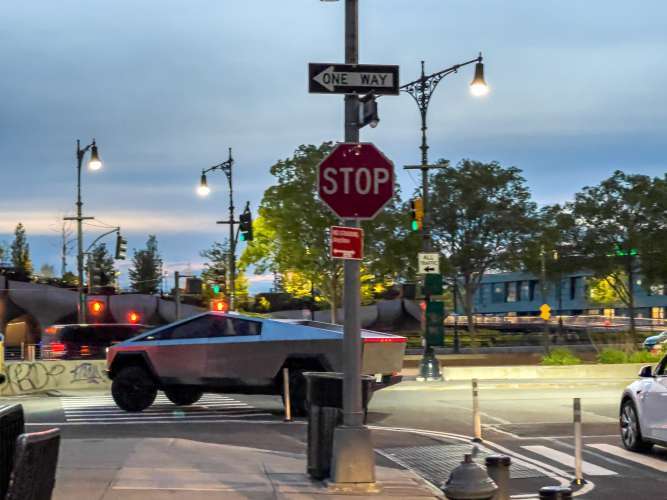 The Cybertruck has surely grown on many people, from what I see from comments in social media after people see it in NYC streets.

The aftermarket mods for this truck will be insane! "For sure going to be a Halo Warthog mod," one person comments on social media.

The Cybertruck is huge! I wonder how longer after main production, they will manufacture EU variants. Because this version of the Cybertruck will be way to big to drive or park around Europe.

The Cybertruck somehow looks like a cargo plane. Cybertruck's NYC images and social media popularity shows that right now Elon Musk is right not wanting to spend money on Tesla advertising. Just drive the Cybertruck in the New York City streets and do an SNL segment. It will have more impact than spending several millions of dollars on advertising. Imagine the effect if 10-20 Cybertrucks would drive cross country and be seen in many other cities.

Thus, if you are in the News York City area and want to check it out, the Tesla store is located at 860 Washington Street. According to Tesla’s website, the store is open until 8:00pm EST , and then reopens Saturday morning.