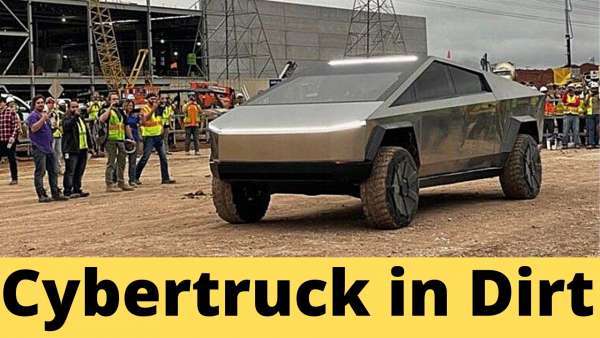 Elon Makes a Cybertruck Statement With an Action, But Quiet in Words

Tesla CEO Elon Musk visited Gigafactory Texas in a Cybertruck. That made a statement itself about Cybertruck and raised hopes for and update on its speedy production. But when he was asked about an update on Cybertruck, he gave an update on Model Y.

"Nice! Looks like the factory is coming along great. Still on time for some deliveries later this year?" asked Tesla Owners Online Twitter User. But to this question, Elon Musk gave seemingly unrelated answer about the Model Y saying, "Limited production of Model Y this year, high volume next year."

Joey Klender from Teslarati notes that seemingly Tesla’s preparations for the Cybertruck are becoming delayed due to unforeseen circumstances. "Interestingly, it doesn’t appear to have anything to do with the production of the Giga Texas factory itself, as crews have been able to build the plant from the ground up in an impressive fashion. One local Texas government official recently told Teslarati that the speed of the construction process in Austin is incredibly quick, and it’s nearly unbelievable how fast things are coming together," Klender writes.

A user, named Change, comments under the article and says, "It is the 4680 cells that will not be ready in volume production this year. Also they need to test if the 8000 ton giga press for CT actually works before they set up production that require that press. Model Y can be done with 2170 cells or even prismatic cells that Tesla can buy from LG, CTAL and Panasonic. So production of Model Y should not be delayed in either Austin or Berlin."

If the latest evolution of the Cybertruck was to be presented at the end of last year, it was finally postponed. Elon Musk mentioned last month an unveiling in the second quarter of 2021, and when netizens asked him what the developments will be, he simply replied that he will have "no handles".

The model exhibited in Austin having handles, it is not a priori the final version of the Cybertruck. The manufacturer is currently focusing on putting this new model into production by the end of the year.