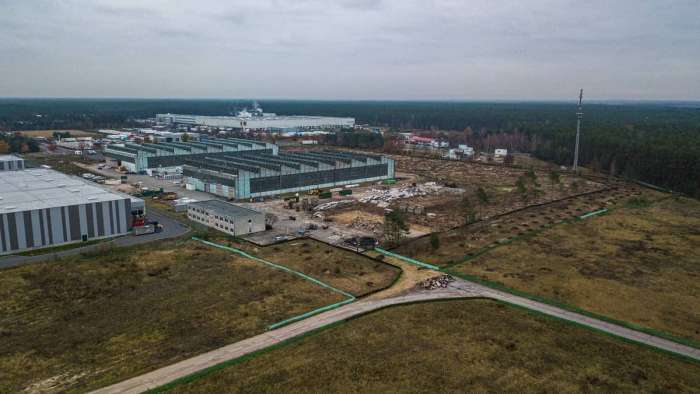 The Tesla CEO Elon Musk is setting an exclamation mark with what is possibly the largest battery cell factory in the world - in the middle of Germany. But Musk doesn't just make friends at the gates of Berlin. The upcoming Tesla battery factory plans are met with opposition.
Advertisement

Tesla's Giga Berlin battery factory plan sounds gigantic: In addition to electric cars, Tesla CEO Elon Musk also wants to produce battery cells with an annual capacity of up to 250 gigawatt hours in his Gigafactory just outside Berlin. This plan could equip around four million vehicles. "I'm pretty sure that it would be the largest battery factory in the world," said Musk a few days ago.

The plan raises many questions. Is Musk really serious? After all, probably only around 250,000 electric cars will be sold in Germany this year. In addition, such a system would pose significantly greater challenges to the infrastructure, asks Handelsblatt.

There could be answers soon.

On Monday lunchtime Musk landed in Berlin. Recruiting new top staff should be on his agenda - numerous positions for his Gigafactory are currently advertised. Musk is officially in Berlin to receive the Axel Springer Award for “the inventive spirit and innovative strength” on Tuesday.

Indeed, it will take some ingenuity to implement the battery plans. The resistance from environmental associations and residents is likely to be as great as at the planned car factory in Grünheide. In fact, Giga Berlin was already delayed because of this resistance. The Gigafactory should go into operation in the middle of next year.

“During production, only one assembly of battery parts was to be expected. A production includes the complete manufacture of a battery,” critiques Michael Ganschow, state manager of the Brandenburg Green League, to Handelsblatt. These production processes at the Giga Berlin's battery cell factory would give rise to further questions about substances hazardous to water, increased water consumption and accident law.

The FDP-Wirtschaftspolitiker (economic politician) Michael Theurer spoke with views of the battery cell factory of a "strong signal and encouragement" for the car in Germany with "huge opportunities" for the Berlin-Brandenburg region. But he also said, "Es darf keinen Persilschein fur Elon Musk geben," which roughly means no special treatment for Elon Musk to compromise the health of the area residents. 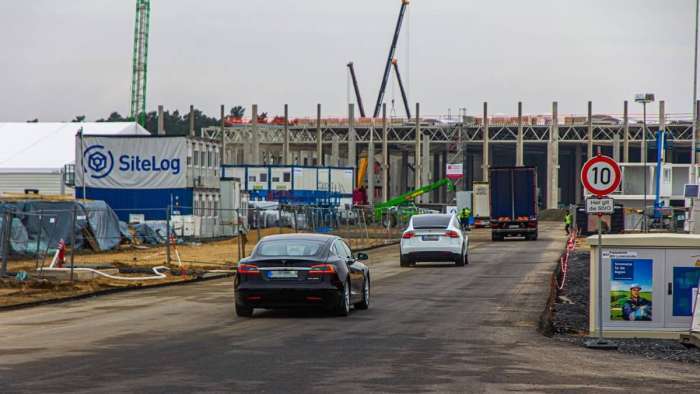 You can read the entire Handelsblatt article (referenced above), to get the entire picture of the opposition this battery factory is met in Germany. While they may delay project to a degree, things should go ahead rather smoothly if Tesla plays it right and diligently addresses opponents' concerns in timely manner. In fact, today Torque News learned that Tesla received a partial permit to start the initial work of the battery factory at Giga Berlin.

"The State Office for the Environment (LfU) today approved the early start in accordance with Section 8a of the Federal Immission Control Act (BImSchG) for the clearing of further forest areas for the construction of pipeline systems and storage areas on the Tesla premises in Grünheide / Mark," reads the statement from the Brandenburg's State Office of Environment (LFU).

Frank W. wrote on December 1, 2020 - 6:46am Permalink
I read an article recently that referred to Elon Musk as an american, is he and if so when did this happen? He's from South Africa I know, could you clarify his status?