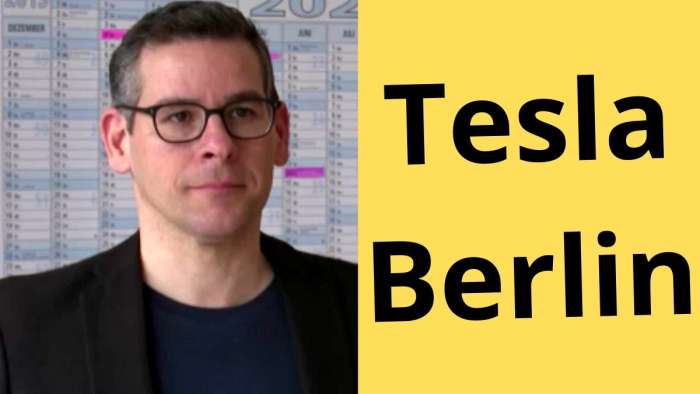 Torque News has an exclusive interview with a German automotive expert from Germany Trade & Invest who discusses why Tesla may complete the Berlin Gigafactory 4 by the end of the 2021 and six ways Tesla's German investment is going to change the automotive sector in Germany. These are very interesting observations.
Advertisement

Stefan DiBitonto is a Germany Trade & Invest automotive expert, whom I met in October of 2019 while on a business trip in Germany, inspired by Germany Trade and Investment. We were talking about electric mobility in Germany and how it may change in the upcoming years. At that time Tesla had not yet announced that it will build its 4th Gigafactory in Berlin.

In November of 2019 Tesla announced that it will build its European Gigafactory near Berlin and Torque News EV reporter Eric Evarts, whom I met in the same trip, wrote this explanation on why Berlin’s established e-mobility culture makes fertile ground for Tesla Gigafactory.

I asked my friend Jefferson Chase from Germany Trade and Investment to make this video interview with Stefan DiBitonto for Torque News to discuss Tesla Berlin Gigafactory's completion date and how it will change the German automotive sector.

Stefan says Tesla’s goal of completing the Berlin Gigafactory by the end of 2021 is a very ambitious timeline that Tesla set itself there. But looking back in the past we see that Tesla is known for making impossible possible. So that with all the public support that we are seeing here in Germany on a national level as well as from the local and federal governments we can be cautiously optimistic that Tesla will complete the Berlin Gigafactory by the end of 2021.

Speaking of public support: today Tesla supporters gathered in Erkner to welcome Tesla back after the German court gave Tesla the "go-ahead" to build the Gigafactory Berlin.

Then Stefan talks about how Tesla’s German production is going to change the automotive sector in Germany. He says it will change it quite a bit.

First, there is a new player in town.

Third, this new situation is going to spur innovation and hopefully bring more OEMs to Germany.

Fourth, there will be a new competition situation in Germany within the automotive industry.

Fifth. Tesla will have a huge multiplier effect on suppliers. We can assume that Tesla is going to bring its value chain suppliers to Germany who would also like to settle in the area. As you can see Germany will have a huge impact only from this investment by Tesla.

Sixth, it will shift the automotive industry’s map from the south to the north of Germany. If you look at the map you will see that most of the carmakers in Germany are settled in the Southern part of the country. Tesla building the Gigafactory 4 in near Berlin in Brandenburg is going to shift the map of the automotive industry in Germany, putting an emphasis to the northern area, toward Berlin.

Do you think Tesla will complete the Gigafactory Berlin by the end of 2021? In what other ways do you think Tesla will impact the German automotive industry and the automotive industry in Europe in General? What are some of the things that will change in the next 10 years? Please, let us know and comment below. In the meantime, Tesla is actively hiring these 4 types of jobs to work in the Berlin Gigafactory.

See you in our next story in which we reveal the name of the company that is going to build Giga Berlin and what it says about Tesla's handling of the environment near Berlin.