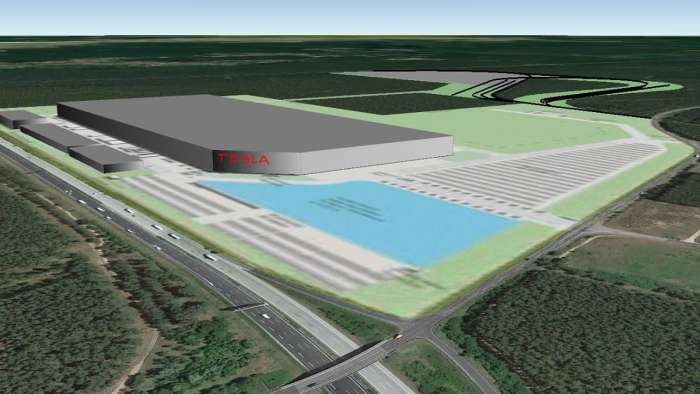 The complaint of the "environmental associations" against Tesla Berlin Gigafactory construction was dismissed. According to the court decision, Tesla can continue working and building the Berlin Gigafactory.
Advertisement

Torque News just learned from a friend in Berlin, who closely follows the Gigafactory construction in Berlin, that the German court dismissed the environmental group's complaint against Tesla and the electric car maker can continue working and building the Gigafactory 4. The Berlin Higher Administrative Court (OVG) rejected the complaint of two environmental associations against the premature start of construction on Thursday evening.

On Sunday German court made a last minute decision to halt clearing of the forest where Tesla is building the planned factory. The Green League and the "Association for Landscape Conservation and Species Protection in Bavaria" (VLAB) had sued against the construction site preparation. 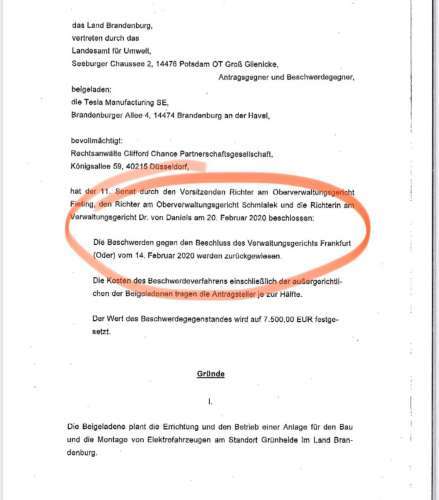 But the time for Tesla is pressing. Tesla couldn't cut any trees between March and autumn (the breeding season). If Tesla didn't have decision it would lose half a year.

Thus, the judges met until late in the evening. The judge decided that Brandenburg's State Environment Agency has rightly granted Tesla "Approval for the early start of measures".

Our friend @Gf4Tesla from Germany shared this tweet showing the court document.

#GigaBerlin
The complaint of the " environmental associations " against TESLA was dismissed
Tesla can continue working. pic.twitter.com/7BnoHVIGca

The billion euro project for electric car production is of great interest to the public and investors. Tesla can expect approval at the end of the long main test procedure.

Brandenburg's Minister of Economics Jorg Steinbach told Bild "We are very relieved to see the verdict. The deforestation can continue."

The environmental concern is not the biggest In addition to a small environmental group from Bavaria protesting against cutting down trees that were artificially planted in the first place, there’s also the problem of unexploded bombs from WWII, which are all over in the ground around Berlin.

Many people outside Germany don’t realize just how much unexploded ordinance there is here. It’s a yearly occurrence that some major site in Berlin or Potsdam has to be closed while some massive bomb that probably doesn’t work but you never know is defused.

Tesla has to deal with all these difficulties before moving forward with the construction of the Gigafactory 4 in Berlin area. Now, Tesla is actively hiring employees for its Berlin Gigafactory and these are the professions they are looking for.

See you in my next story discussing 6 ways Tesla will change the automotive sector in Germany with its Berlin Gigafactory 4.