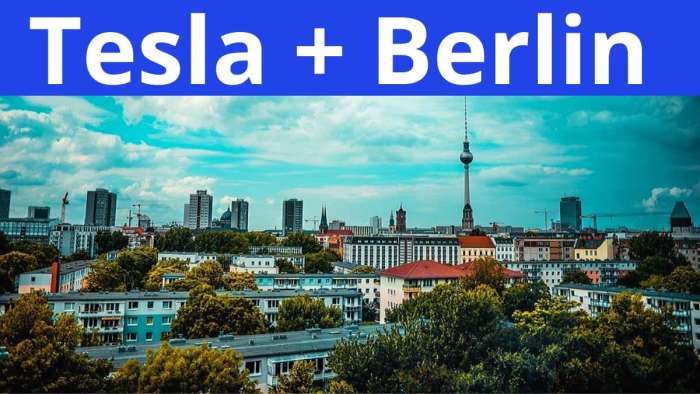 Germany outruns West Coast tech corridor for Tesla’s latest factory. Here is why Berlin for the next Tesla Gigafactory 4.
Advertisement

Last month, Tesla announced that it will open a new factory outside Berlin, Germany. A lot was said about why Tesla needs another factory—technically it’s fifth, counting its solar-panel production facility in upstate New York. But little was said about why Berlin.

When Tesla CEO Elon Musk announced last week that the company’s first European factory will be located outside Berlin, in Germany, many analysts were surprised. They shouldn’t have been.

From a broader perspective, though, the city is teeming with so-called “new mobility” options: shared electric bicycles and scooters, electric car-sharing fleets, and ride hailing apps. With a deep and broad pool of young, tech-savvy talent, the city has become home to hundreds of startup companies—something like the Silicon Valley of Germany—as opposed to southern Germany, which is more equivalent to the country’s Detroit. 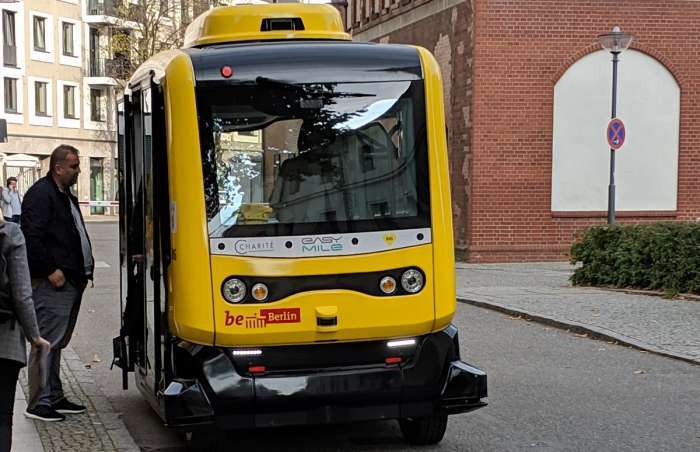 Musk reportedly even rode the train from the new site into Berlin to test out the commute for the kinds of software engineers his company is looking to hire.

Tesla has built its business and its reputation, however, from just such an environment - the even-more-expensive Silicon Valley. The company depends on the superiority of its software engineers for its easy-to-use in-car infotainment systems - with their famously large 17-inch touch screens - as well as its battery control software which even traditional auto industry analysts have conceded provides higher power with a more consistent range and better durability than other electric carmakers have so far managed.

Berlin is best known, not as a tech hub, but for its history as a divided city after World War II, and its example of resistance to Communist totalitarianism. That history could benefit Tesla with its new factory - to be called Gigafactory 4. While Berlin is booming, led by the tech and biotech sectors, the city is attracting startup companies from Silicon Valley, London, and elsewhere - including Silicon Valley - with lower rents. The cost of land and housing was artificially depressed in East Berlin through 1990 by the Communist command economy, and thereafter by underdeveloped infrastructure. In the West, the city struggled to attract businesses because its political future remained tenuous. 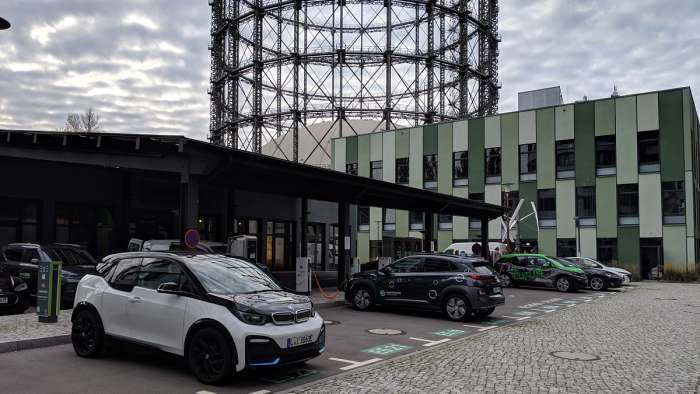 EVs charging in Berlin is a common scene

Only recently, 30 years after the fall of the Berlin Wall, has economic development in the East caught up with that in West Germany.

Economic leaders in the German state of Brandenburg, where the factory will be located, offered Tesla generous incentives to build there, and promised to expedite the building permits in four weeks, rather than the more typical 7 months.

Musk has said he plans to focus Tesla on self-driving cars and on its Tesla Network of autonomous taxis. In car-addicted America, that sounds farfetched. But in Berlin, where only 27 percent of residents own their own cars, and the populace is already used to buying tickets to ride on whatever transportation system is most affordable for their immediate needs, the people of Berlin—or, more accurately, the surrounding suburbs of Brandenberg—could be better prepared to build that transition than those in the U.S.

See you in my latest story discussing how the Ford Mach E's vertical touch screen points the way forward. Also, take a look at my latest story where I am making a conservative case for boosting the EV tax credit.