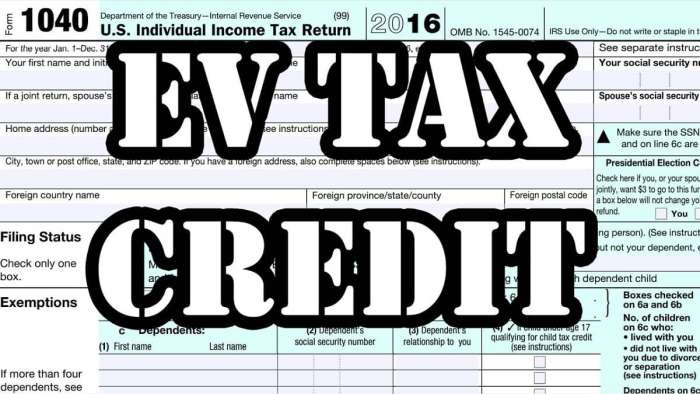 While Impeachment is dominating the news, other issues in Congress may have a bigger effect on the automotive world. Part of a $1.4 trillion spending bill includes increasing the number of tax credits available for those who buy electric cars.

The $7,500 credits currently hit a cap after the first 200,000 electric cars that each automaker produces. General Motors and Tesla, currently the two largest American producers of EVs, have already reached that limit. As of Jan. 1, no tax credit will be available for Tesla buyers. The same will apply to buyers of the Chevrolet Bolt EV starting April 1. (Under the wind-down provisions, lower credits continue to apply for one year after each automaker hits its 200,000-unit cap. Tesla and GM are reaching the end of even those lesser credits.)

The new bill would raise the cutoff trigger to 600,000 credits. Congressional negotiators are under the gun to pass the $1.4 trillion spending package to avert a government shutdown scheduled for Friday, when existing government funding runs out.

Automakers told Reuters on Monday that they don’t expect the extension to survive the bill’s final markup. Largely, that’s because Republicans have objected to aiding the purchase of new vehicle technology that undercuts the party’s priorities to foster more development and sales of coal, oil, and gasoline—especially when many of those buyers are already wealthy enough to afford Teslas.

The $7,500 tax credits were originally designed to offset the added cost of electric-car batteries to make the cars cost-competitive with gasoline cars. When they were first passed under the George W. Bush administration, the cost of lithium-ion batteries for cars surpassed $250 per kilowatt hour. One kilowatt-hour can propel an electric car 3 to 4 miles, and automakers had to build extra capacity into the batteries to prolong their lifespans by allowing a buffer to prevent overcharging or running them completely flat. Automakers calculated that as battery costs fell with mass production the cars could compete with gasoline vehicles without subsidies once battery packs reached $100 per kilowatt hour.

According to the latest estimates from General Motors, packs for the next generation of cars (due out in 2022 or 2023, have now fallen “below” $140 per kWh, but they have a ways to go before reaching the breakeven threshold.

Whether wealthy Tesla buyers should be eligible for the tax credits may be a valid question, but it’s becoming less relevant as the company moves toward building more average-priced cars like the Model 3 and Model Y.

While it’s natural for conservatives to oppose most government subsidies, the EV tax credits seem a strange target. For politicians so committed to conservation that they use the word root as the name for their ideology, it would seem natural for conservatives to favor technology that uses less energy. The vast majority of scientific analyses, including those from government laboratories, show electric cars use between one-quarter and one-third the energy of internal combustion vehicles, even when accounting for the fuel used to produce electricity. By the standards of energy conservation, those are huge gains unavailable from any other technology. Electric cars are a boon to more than air quality.

That’s before discussing the domestic U.S. economic benefits of a developing and leading a new, world-class technological industry and all the jobs it can bring.

Republicans have said they believe that promoting economic growth will help lift all sectors of the economy stand for promoting “trickle down” economics, to boost employment, wages, and the economy. That sounds like a welcome goal, but opposing the rollout of electric cars seems antithetical to accomplishing it.

John wrote on December 17, 2019 - 6:59am Permalink
As a conservative myself and a huge fan of the Volt (my wife - also a conservative - and I both own Volts), I have always thought there's a lot here conservatives should like. The engineering and innovation that goes into EV's (especially the Volt), the ability to wean ourselves of dependence on foreign energy sources, and the fact that the tax credit allows those of us who buy new Volts to keep more of our own money. We are environmentally conscious conservatives and definitely appreciate that aspect of these cars, but it was not a primary motivator for us to buy them.
John Goreham wrote on December 17, 2019 - 4:19pm Permalink
Worth noting that the Republican members of Congress wrote the current tax law that includes the EV tax credits discussed in this story. Almost every Democrat in both houses voted against that bill, which became law in December of 2017. House Speaker Nancy Pelosi (D CA) called the bill that contained the EV tax credit, "Monumental, brazen theft from the American middle class and every person who aspires to reach it."
Mark Day wrote on December 17, 2019 - 9:27pm Permalink
Opinions are great, everybody has them. What is not so great is theft. Extracting funds from one individual, by force, to give to another is little different than the actions of a back alley robber. Incidentally, we don't live in a democracy - the US is a Republic.