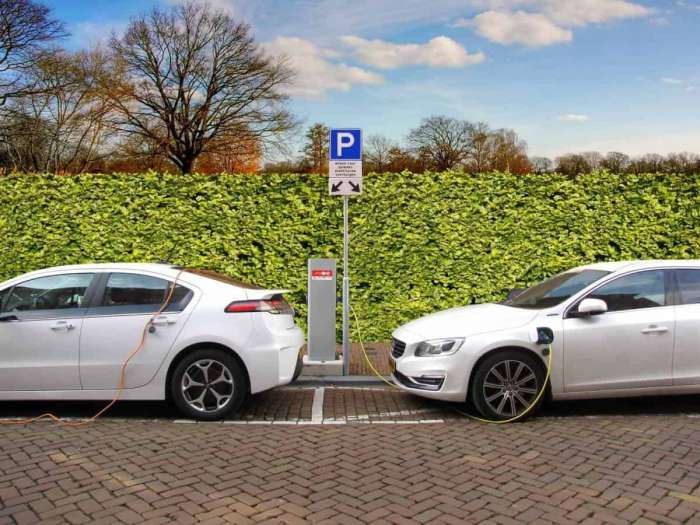 After all the auto makers went through earlier this year to save the federal $7500 EV tax credit to make their EVs affordable, they’re back at square one again, this time because they’re reaching the production goals set in the law that created the credit.
Advertisement

Between the higher prices they cost, the extra home charging equipment they need, and the reluctance or reticence we all have about purchasing them, buying an electric car nowadays does present its challenges. As if the car purchasing process isn’t complicated enough, the prices of some of the most popular EV models presently offered are about to become more painfully expensive unless Congress does something about it.
- $7500 credit ser to expire soon for GM and Tesla
- Consumers have other choice options with other makers and the states
- Since Tesla willl no longer be eligible they’ve slashed prices to help buyers
- Democrats sent a bill to extend the credit and raise the caps on production

After all the auto makers went through earlier this year to save the federal $7500 EV tax credit to make their EVs affordable as Washington snaked a tax cut bill to passage and signature, they’re back at square one again, this time because they’re reaching the production goals set in the law that created the credit. This won’t kill the electric car, again, but it certainly will throw a monkey wrench into the car industry’s plans and projections.

Congress passed the Energy Improvement and Extension Act of 2008 to give consumers a $7500 tax credit if they purchased a new electric vehicle. Earlier this year Congress contemplated killing the credit, so in desperation utility companies lobbied Congress with car makers to extend the rebate. Congress voted to extend the expiration of that law, but car makers are now making enough electric cars to satisfy the conditions of the law. Here’s the problem that will cause popular mass market models like the Chevy Bolt and Tesla Model 3 to skyrocket unless something is done.

The provision in the law requires that once a manufacturer reaches a goal of 200,000 EV units produced of the tax rebated electric vehicle, the $7500 credit comes to an end scaling down to zero.

According to Automotive News, both Tesla and GM are on the verge of that 200K mark. While Bolt buyers still have time up to early 2019 to take advantage of the tax rebate, Tesla is somewhere at the 193,000 mark and is scheduled to surpass 200K as soon as this year in July. Coming in as the next closest are Nissan and Ford with around 120,000 and 108,000 units respectively, and aren't expected to reach 200,000 for several years.

This still isn’t as close to where we’re supposed to be with the total number of electric cars on the road. In 2011 President Obama wanted the US to be the first country with 1 million electric vehicles on the road by 2015. China will probably beat us to it if not already. We’re somewhere around over a half million produced on the road so far, and won’t reach that 2015 target until next year.

EV buyers still have purchasing and rebate options available elsewhere. Overall buyers do have some time before the fed incentives are halved to $3,750, then halved again to $1,875 before the fed rebate is eliminated completely.

EV buyers also need to consider that some states are still offering rebates as well that certainly help with a way lower EV price, but will now instead offset a price increase from no fed credit. From Energysage.com here’s a list of states and localities that are still offering EV tax incentives as of 2018.

What is most frustrating about this rebate rollback is there were people on the Tesla Model 3 reservation list that placed their expectations and held out hope for the bread and butter Model 3 version that probably will never materialize until later into the car’s production cycle, if ever. That could now be years away. That rebate could have made a stripped Model 3 with a MSRP of $35,000 much cheaper.

This was another promise that Tesla couldn’t deliver: the $35,000 Model 3. Between production delays and the company burning through operational cash like it’s going out of style, a cheap Model 3 would have cost the car maker money instead of turning a profit per unit. That’s why the average Model 3 now coming off the line is about $49,000, and why Tesla decided to move the car in the opposite direction by starting production of the high performance variants of the car.

And in the end it was the affluent well healed early adopters who mostly took advantage of the rebate and benefited the most from it. Now that these EVs are becoming palatable to working and middle class consumers who need a rebate more than early adopters to afford them, there soon will be no more fed rebate left. And at $7500 more, a $55-60K electric car puts the Model 3 not at, but closer to a price point of her flagship big sister the Model S, and when you think of it, other imported luxury cars that working class can’t afford as much.

Also see: Mercedes PHEV Move Only Prolongs an Inevitable Problem. What do you think the Congress should do about the EV Tax Credit?

LG's New EV Battery Plant Is a Welcome News for Tesla
Tesla Giga Berlin's New Hurdle: It's Not Only the Gov't, but Now Tesla Itself
END_OF_DOCUMENT_TOKEN_TO_BE_REPLACED