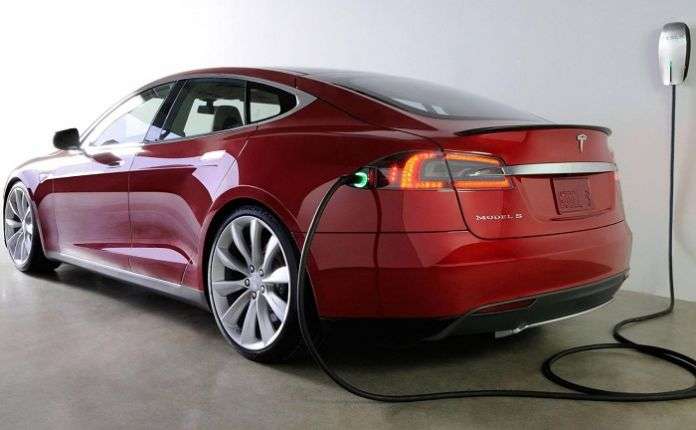 17 Opinions, Including Musk's About Recommended Charge Limit for Model S

Your Model S battery is almost full. You only used 10 or so miles because you had a quick ride. Should you plug every night even when it's almost full?
Advertisement

A happy Tesla is a plugged in Tesla with the battery charge max set to 90% or less. Setting it lower if you can go without the extra range daily is better.

Keep plugged in every night, limit charging to 70-90% as suggested in the manual.

You want to keep it around 60%, unless your driving happens require something more, then which up to 90% is still battery efficient. If you charge to 100% your putting an extra strain on the battery, just as if you waited till 5% to charge it.

it's better to adhere the manual, but the manual is only clear about the upper limit. It doesn't say much about the frequency of charging.

I plug mine in whenever I am home and it is in garage. Even when I run to the store that is 2 miles away and back. Charge limit set to 80%.

Best practices for charge upper and lower limits are subjective, based on the daily mileage or range needs of the driver. But the manuals clearly states to plug the car in whenever possible. There can be many things that happen involving battery conditioning Etc. Plus shorepower will be available should you decide to precondition the car. This really isn't rocket science you're way over thinking it. Tesla communicates very clearly that a plugged-in Tesla is a happy Tesla.

Yes, plug it in whenever possible. But set charge limits to coincide with your usage. If you can do 60% and you never drain it to 10% do that. But that is almost immeasurable difference from charging to 90% every day.

I schedule charging for the hour before I leave for work in the morning so the battery is warmed up when I leave the house. Without doing that I get very limited regen braking.

I try to maintain the charge in my Tesla Model S between 50 and 90% except on long trips.

I don’t commute and I don’t charge every night. I do charge when I know I’ll be driving for a distance and I charge when it’s cold out. I have not had any problems either way.

I might be wrong but from my knowledge of battery technology, I don’t believe charging it to 100% will reduce battery life or set “extra strain” on your battery. I think the issue is two fold: first, it takes much longer to charge from 90% to 100% which is a really inefficient use of your time. Second, you will have no (or limited) regen capability which means you will need to amend your driving style and will increase the wear on your brakes.

For normal Lithium based battery, it's always the best to keep them in a little over 50%. 50%-60% is the best range. The reason Tesla suggest people to keep it between 60% to 90% is that it is still in the safe margin, yet, you always have enough energy to go on unplanned trips without the range anxiety. Even Elon himself suggested charging to 80% instead of 90% in his tweet.

You should only charge to 90% or less on a regular basis and charge it in when not in use. This is Tesla’s recommendation.

Tesla told me to set my battery for everyday use to 80%. They also said to charge it everyday without hesitation because once it’s fully charged to limit you set it stops automatically. Hope this helps.

How do you plug your Tesla and how often? Please share with Torque News readers your charging habits in the comments section below. If you liked this article and think it may help your friends, consider sharing or tweeting it to your followers.

alfonso wrote on January 27, 2019 - 6:42pm Permalink
thanks so 80%
Bill wrote on February 1, 2020 - 7:04pm Permalink
Unless lots of good restaurants have level 3 charging stations, why would anyone want to take a road trip i.e. Toronto to Florida in a Tesla. What am I supposed to do during a 30 to 40 min. charging time if I can't at least have a meal?
Nissim Elbaz wrote on February 12, 2020 - 3:10pm Permalink
8 years ago, I have installed a fast Charging system at a cost od $1,200 now I am told that for the Model S, I will need to install a NEW charging system.. Does this make any sense? can an electrician adopt older system to new one at not so exorbitant cost?
THANE HALES wrote on July 23, 2020 - 12:04pm Permalink
What is the best extension cord for my Tesla 3? I have the newest Tesla wall charger connected to a 60 amp breaker.
Safesoft LTD wrote on July 28, 2020 - 12:41am Permalink
I have a 2020 model 3 Plus and only drive around 10ks per day . I have yet to install the fast charger at home and really don’t need too as the house is solar powered predominantly where the car charges quick enough to not have to think about it . My only concern is : A leaving the car on the charger is pointless if your trying to run the battery below 50% So I just charge it from around 50% back up to 90% once a week on a sunny day for free In terms of trickle vs blast charge I have only ever charged on the 240volt plug in charger and it works fine so the logic is charge at low speeds from 10 to 90 percent full and your giving your battery the best chance of long term survival If this is correct then please confirm as my assessment of the over all process is to be low speed charging without pushing the extremes
thepc wrote on February 27, 2022 - 9:34pm Permalink
@Nissim: You do not need to install a new charging system. You didn't describe what your existing charging cable is. If it's J1772, a $50 J1772 to Tesla adapter works great. @Salesoft: The reason for leaving the car plugged in is two-fold: first to keep the main battery at a good level. Second, to maintain the 12v battery. It may seem counter-intuitive, but the main battery doesn't recharge the 12v battery. That protects the 12v system from draining the main pack to low and damaging it. If you don't leave it plugged in, the 12v battery will die sooner. Another reason to leave the car plugged in is for emergencies. What if you need to drive further unexpectedly? What if you end up in the hospital and the car is unplugged for weeks? There's no good reason NOT to leave it plugged in. The battery doesn't need to be held at 50%. It can be held at 70-90% without problems. It's only a problem when it's held at 100% for long durations. Similarly, letting it drop to 10% isn't a good idea either. Low state of charge accelerates lithium ion degradation. If possible, keep it above 30%. What you are doing right is charging at low rates. "Low" is relative to the size of the pack. With the large packs that Teslas have, even 40A L2 charging is "low".
Juan wrote on August 7, 2022 - 12:18am Permalink
I have a 2013 S P85. Bought it used in October of 2020. IDK if battery has ever been replaced. I live in Nor Cal. I park outside, in my driveway. I commute to work 60 mls. daily, 5 times a week. I get 210-220 mile range per charge. I charge to 90%. I only charge every other night, typically. Depends on my usage. Very little supercharging. Over 95% charge at home. Set charging rate to 30 amps. Im going to start charging to 60%. Probably will charge over night, daily. Thats ok. Id like to see if theres any changes.