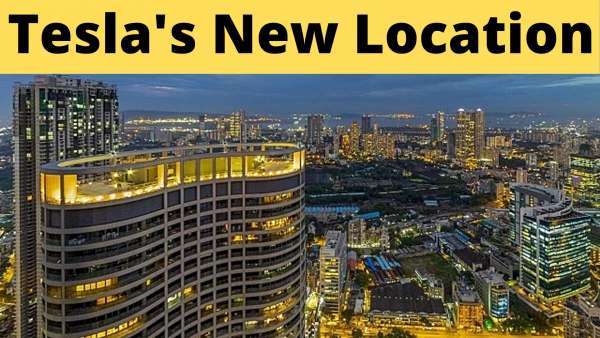 Tesla has reportedly selected it's corporate office location in India and it's in Mumbai's prime Lower Pare-Worli. There, Tesla will also house its retail store as well. And we have an update: Tesla Is Set to Launch Its First Electric Car In India.

According to Hindustan Times one of the key contenders to host Tesla's India office in Mumbai is the Blackstone Group-owned One World Centre, erstwhile One Indiabulls Centre. The complex is owned and operated by Nucleus Office Parks, which is a Blackstone Group entity.

"The complex houses offices of companies like Morgan Stanley, American Express, Aditya Birla Group companies, the Kingdom of Spain and IDFC First Bank among others. The ET report also suggests that the deal between the realty group and Tesla is currently at the technical stage and is likely to be inked soon after the due diligence," the newspaper reports.

According to TV9Hindi Tesla is all set to launch its first electric car in India. The American EV manufacturing company has started the hiring process. The company is hiring the top level management here in India, who will take charge of all operations. At the same time, the company's plant will be set up in Karnataka. The company has appointed Manuj Khurana for India's head policy and business development.

At the same time, the company has hired Nishant Prasad as the charging manager to head Tesla's supercharging. Nishan will handle the destination charging and home charging business. Earlier Nishant works as the head of charging infrastructure and energy storage for Ather Energy. At the same time, the company has made Chitra Thomas the country's HR leader. Earlier, she used to work for Walmart and Reliance Retail.

India is an exciting market to get into if Tesla can. In this case Tesla is repeatedly invited to India. The company just has to insure the the price for its vehicles produced and sold there is right for mass adoption. Tesla's entrance to India could also be good for Tesla Energy too.