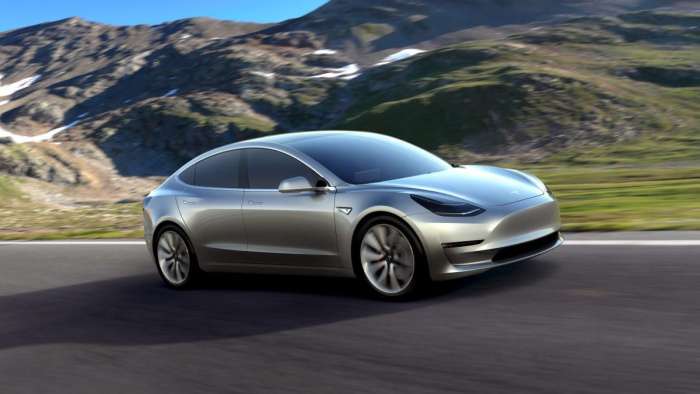 Tesla Is Set to Launch Its First Electric Car In India

Tesla is planning to Start Delivering Cars in India. Tesla is looking to set up a plant in Karnataka, India. The first model to be sold in India will be the Model 3.
Advertisement

According to local reports Tesla has already found a location in Mumbai, India.

In the last update on Tesla’s entrance into India’s market,Tesla was looking for showroom locations. Not much has changed as Tesla is still trying to find locations in the cities of New Delhi, Mumbai, and Bangalore.

Tesla Club India has been expressing a lot of excitement over Tesla lately. They say they’re ready to meet with Elon Musk. Tesla Club India has released more details about the type of facility Tesla is seeking out for their showrooms. They are looking in the business district of Mumbai, India. Tesla is looking for a 40,000 square foot space. The deal for the Mumbai showroom is reportedly finalized or is close to that. However, it can’t really be verified that it’s been finalized, and is just a rumor for now.

Tesla is planning to start importing the Model 3 beginning in the middle of this year. It is yet to be seen how quickly the rest of Tesla’s fleet will be phased into the Indian car market. Many car companies don’t sell their whole fleet in every country. It makes sense that Tesla would start their entrance into India’s market with the Model 3 because that is their best-selling model.

In order for Tesla to make inroads in India, they need a charging infrastructure. Luckily, Nishant Prasad has been hired to be the charging manager. Prasad will be responsible for placing superchargers around the country, and will also be trying to put together a plan to produce Tesla chargers for at-home use. Prasad worked as the head of charging infrastructure for Ather Energy, which is a company that was started in India. They specialize in making electric scooters. Ather’s charging infrastructure is called the Ather grid. This is Tesla’s second noteworthy hire for India. The first hire was Manuj Khurana who will be Tesla’s head of policy and business development for India.

A little side note

it wouldn’t be such a bad idea for Tesla to start making Electric scooters to sell in India as well as other countries where people heavily rely on them to get around. Tesla is unlikely to go this route because Elon Musk said back in 2018 that he believed electric scooters “lack dignity.”

What to look for going forward

Tesla is serious about entering India’s market. It seems that their product may be phased in slowly, but it’s a start. It is possible that Tesla is already planning on building a Gigafactory in India. India’s transport minister Nitin Gadkari has said that he thinks India would be a great place for Tesla to do business. Gadkari explained his reasoning for this by saying, “I suggest that it will be a golden opportunity for them to start a manufacturing facility in India because as the automobile components are concerned, already Tesla is taking a lot of the components from Indian manufacturers, so there will be availability.” Gadkari also stated that he believed India will start to become a major producer for EV’s within the next two years, and that the time for Tesla to start building cars in India is now.