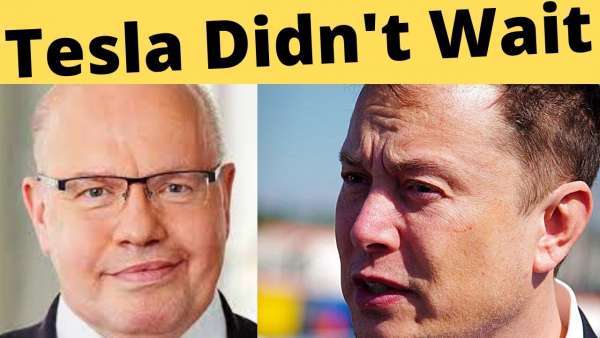 Reuters reports that according to the outgoing Federal Economics Minister Peter Altmaier, Tesla did not want to wait for a decision on state aid at the planned 4680 battery factory at Giga Berlin Gigafactory.

The demand for electric vehicle battery cells is currently almost exploding, which is why Tesla wants to push ahead with parallel 4680 battery projects, said Altmaier on Monday in Berlin. It was a voluntary decision from Tesla.

As a foreign company in the EU, however, Tesla could have received funding if the group produced in Giga Berlin. "Of course he will get the money if he meets the funding requirements of the European Union." In the case of innovative projects - so-called IPCEIs ("Important Projects of Common European Interest") - state aid of up to 40 percent of the investments would be possible.

At the end of November, Tesla decided to build the battery factory in Grünheide near Berlin without government funding. A corresponding application was withdrawn. Nevertheless, Tesla wants to stick to its plans for the 4680 battery and recycling factory. The company could have received up to around 1.1 billion euros from the IPCEI funding pot.

Tesla is building its first European electric car factory in Grünheide, as well as a battery plant. So far, the US group lacks the final building permit, which is expected this year.