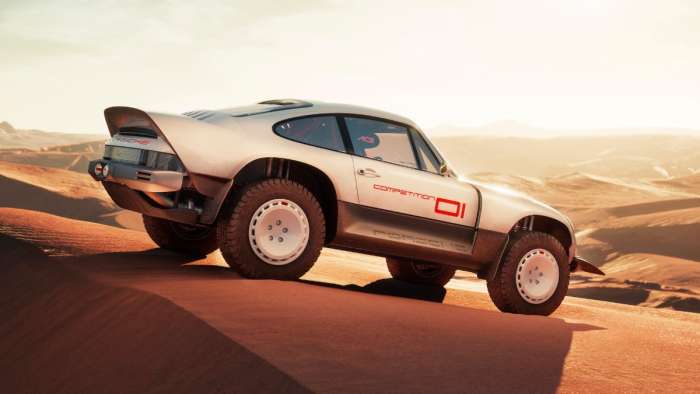 With the help of Richard Tuthill, Singer built the safari-style 911 of our dreams. And boy, can it get down and dirty!
Advertisement

If you are or have ever been involved with Porsches, you probably know about Singer Vehicle Design. They’re the no-expense-spared 911 resto-mod company that has given each of their customers a completely unique product. However, no more are the days of simple road-going Singer creations, it seems as if the new year has brought us a rally monster to gaze upon this time. But sitting pretty isn’t this car’s party trick, no. This retro-futuristic “All-Terrain Competition Study” (ACS) can rip through sand like nobody’s business. It truly fears no terrain or surface it stumbles upon. 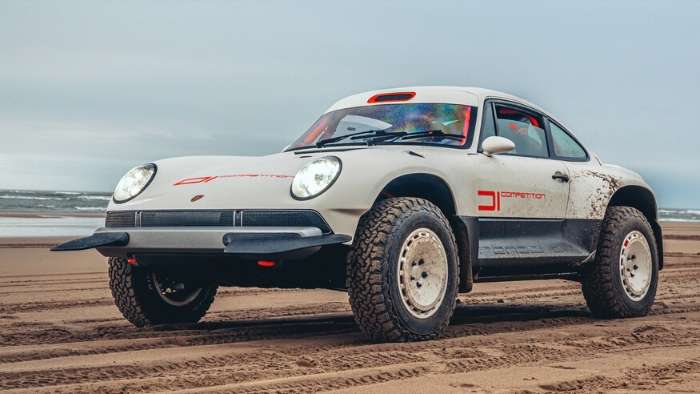 Clearly, you can see the historical inspiration that Singer drew from when creating the ACS. Right off the bat, the 953 Porsche rally cars and the 959 Dakar-Paris car come to mind, yet this one is no tribute, it is almost completely bespoke from top to bottom. The intended purpose of this vehicle is the real headline here. Singer got together with Richard Tuthill, a man who oozes “Porsche rally”, to create something that would “wow” on-lookers while also being a serious rally competitor.

To make the car race-ready, Singer and Tuthill reimagined the entire outer appearance of this car. Carbon fiber body panels were fixed to the ACS for quick, mid-stage repair and lightweight advantages. The paint is also extremely unique. The contrasts of flat blacks and whites make it look even higher off the ground and wider, paired with the ballistic missile-like red lettering on the doors and hood. The car itself looks like it was dipped in a military-grade liquid metal and set off to terrorize the beach wildlife. 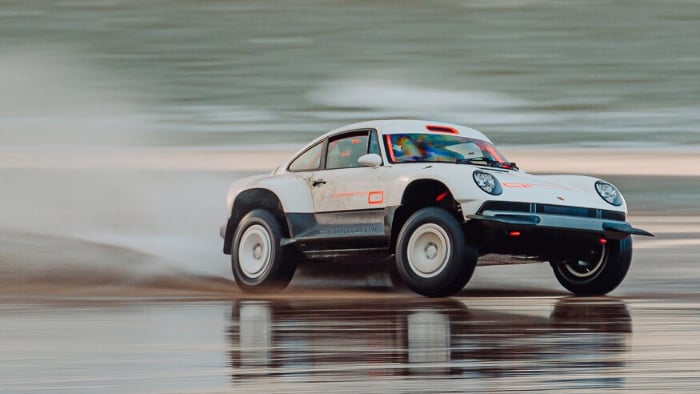 The Singer ACS is powered by a 3.6 liter twin-turbo flat-six, fashioned to a 6-speed sequential race transmission that delivers those heavenly violent rally shifts. Singer says this particular motor is capable of different outputs depending on the tune that is loaded up. The baseline numbers are around 450 hp and 420 lb-ft of torque. The ACS’s curb weight isn’t confirmed yet but anything with 450 hp and an all-carbon body doesn’t need any justification for speed.

The suspension is a beefy as it gets - as one would imagine. 8 individual shocks complete the car’s setup, each 5-way adjustable. My limited math knowledge tells me that’s 2 shocks per wheel. Speaking of wheels, the spinners on the ACS are perfectly period-correct… for whatever time period this is supposed to be from. The turbo-fan look will never get old, especially on rally cars. Each wheel is paired with a mean-looking all-terrain tire that works hard to keep this psycho Porsche planted in the dirt. You can see them in action in this video posted by Carscoops here. 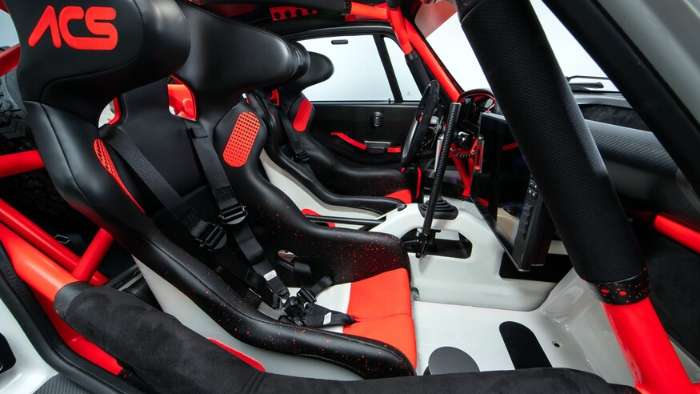 The ACS’s interior is stripped down, without looking “stripped down.” The builders over at Workshop 5001 do a similar race-spec interior with the attention to detail of a swiss watch. Every little thing is functional, yet visually satisfying. Each color is matched and contrasted perfectly, each gauge and lever is where it should be, and each material down to the steering wheel trim is the highest of quality.

When re-imagining a classic design, especially that of the 911, it is hard not to ruin the sanctity of its original body. Singer has a long history of doing it correctly. Every detail is attended to and the pure beauty of the 911 shape is never overshadowed by wacky resto-mod changes. But this one has to be our favorite. No car is perfect, and no journalists have even driven it yet, but from our perspective, this ACS has to be one of the greatest private Porsche builds to date. 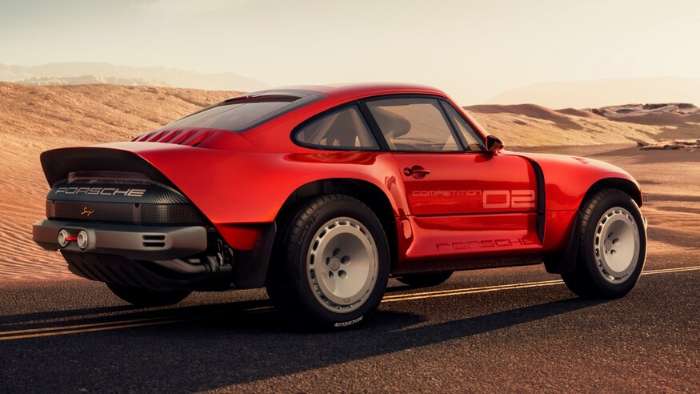 But wait, there’s more! A red car was also commissioned by the same client, but for slightly different reasons. This red sister car is just in the render stage for the time being, but it will be a tarmac-specific version of the white ACS it resembles. People need not forget that rally racing isn’t just 100-ft long power slides in the dirt and handbrake turns - remember, rally cars fear no surface.