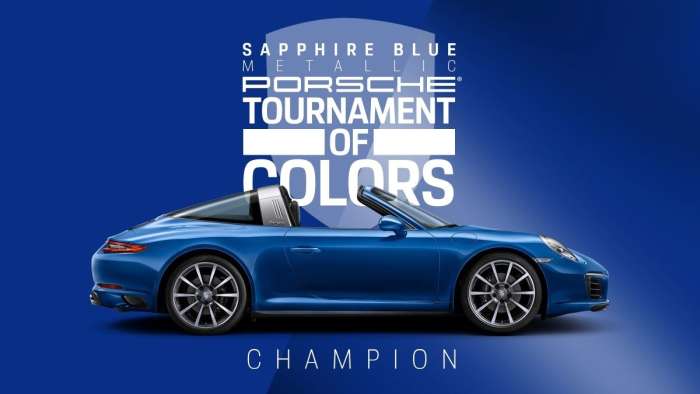 Porsche Fans Chose This As Their Favorite Paint Color

Porsche’s Twitter account concluded its March Madness-esq bracket where fans got to vote, tournament style, on their favorite colors.
Advertisement

Few things bring out more anger, happiness, and rivalry in people than sports. And after the conclusion of this year’s NCAA March Madness tournament, it’s fair to assume there were millions of people both thrilled and disappointed about the Baylor Bears’ win over the Gonzaga Bulldogs in the 2021 final.

Porsche got involved in the March Madness spirit as well, not by making any basketball brackets or endorsements, but by creating a tournament of their own. The Porsche Tournament of Colors began in March as an ode to the famous basketball competition, but it featured a full bracket of Porsche paint colors that followers of the brand’s Twitter could vote on, and hope that their favorite colors could go all the way. 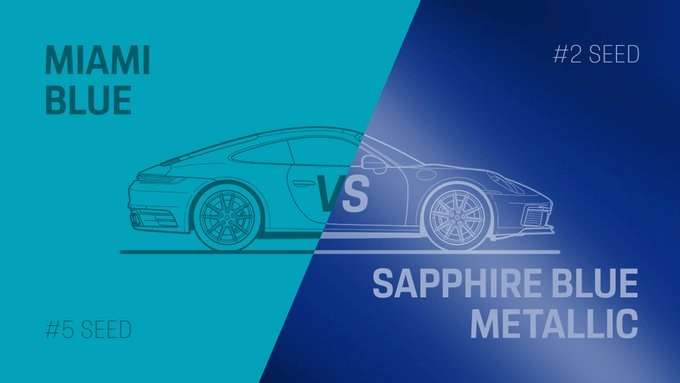 Speaking in March Madness terms, the “final four” came from one of each category.

Taking into consideration the younger demographic that Twitter users belong to, a different outcome could easily have happened if older Porsche fans had a chance to vote on these polls. 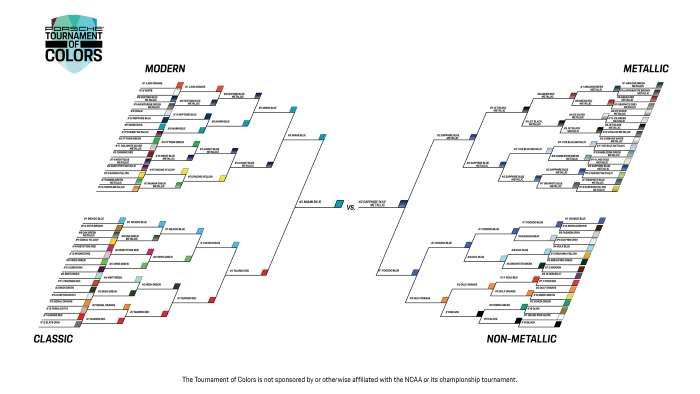 Three of the top four colors in the semi-finals were a variation of blue. Taking just a quick glance at the bracket shows just how popular the color has become in general. The Modern color category had four different blues to start with while the Classic category had just one. Some of the most famous Porsche colors of all time like Guards Red, Irish Green, Oak Green Metallic, and Signal Orange didn’t even make the final four.

However, choosing favorite colors is a difficult matter when it comes to cars. A 911 Targa and a 911 GT3 can look completely different with the same exact color, just as a classic 911 can pull off the bright ‘60s colors where a modern one can’t. “Subjective” is the right word for this whole tournament, but competition will always be fun nonetheless.

Pick your favorite color from the list and tell us which one is the best!