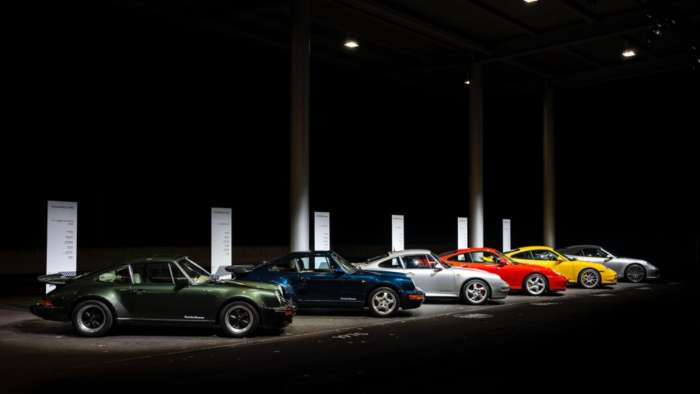 The Porsche 911 is a long-time staple of the enthusiast community. A culmination of many different things has cast the 911 into near perfection - Here's how.
Advertisement

Go to YouTube right now and search up “best sports car shootout” and see if you can find a single video without the Porsche 911 present. The car is a universally loved name and a performer to the core which is why you always see it in comparisons and race videos. The only other car that may be a close second is the Miata, and that car deserves its own article. So, the 911 is our focus today.

Everyone already knows that the rear-engined Porsche is a wonderful driving machine, but putting that sentiment into words proves more difficult. That’s why we’re going to look at a few reasons why the juggernaut from Stuttgart lives up to all the hype. 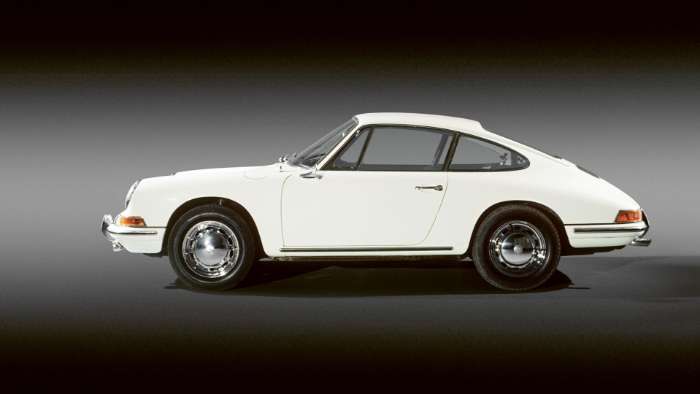 Yes, we know, everybody and their mother brings a 911 to your local cars and coffee. That is a problem of its own but also not quite the point we’re making. The 911’s uniqueness comes in several different ways. Most obvious is its rear-engine layout. Putting the motor in the back was a decision made by Porsche so they could advertise their new sports car as one that “oversteers.” Back in the early ‘60s, your average family car and even sports cars were prone to understeer and overall atrocious handling. The 911s rear-engine layout allowed the back end to kick out under power in a corner and give that “feeling” of sportiness.

Having an engine over the rear wheels gave Porsche a ton of room to play with the design. They could lower the front cowl and hood for better visibility, they could give it nice meaty tires in the back for extra traction, and they could open up the interior a little more give your legs some extra room. This small collection of advantages was a fine recipe for success, especially in a time where mid-engined cars weren’t popular or affordable, and when every other front-engined car was 5000 pounds and guzzled gas like 747. 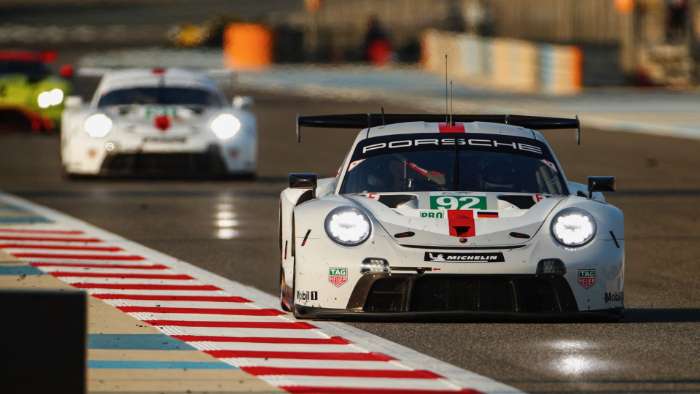 Racing improves the breed, which is why the 911 is so damn sweet. Porsche is no stranger to the racetrack. They are the most winningest manufacturer at Le Mans with 19 overall victories, but the 911 has done far more racing than just Le Mans. 911-based racecars dominated Group 4 racing in the ‘70s and several of the big GT classes as well. Porsche even sent it to a few rally races in the ‘80s and won there too.

Porsche’s commitment to competition has sparked something of a tradition or habit of testing cars at the Nurburgring and various other tracks around the world. The recently released 911 GT3 is a prime example of the brand’s love for racing and devotion to performance. The new GT3’s entire front-end is from Porsche’s 911 RSR racecar, and much of its engine management is from the race-spec car as well. This is why Porsche’s cars break lap records and handle so sweetly on any stretch of pavement. 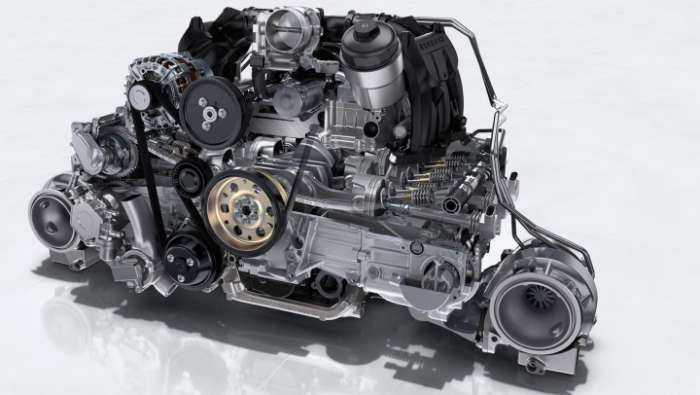 Firstly, can we say how thankful we are that Porsche keeps their GT cars naturally aspirated? Think of any other major manufacturer with supercar level performance and turbos are always involved. Hopefully, they keep that tradition going. Anyways, Porsche’s engineers have always been focused on what the driver wants -revs, power, and sound. The 911s flat-6 comes in many different forms from a 3.0 Liter to a 3.8 Liter to a 4.0 Liter motor. Each has its own quirks and features but all of them deliver power in a smooth and symphonic way that defines the 911’s driving experience.

The expensive GT cars all use the big 4.0 Liter engine that is capable of revving to 9000 rpm. This is something that all humans must hear before they die. Engine performance is one thing, but when a powertrain feels right at home in its shell, the car becomes an extension of the driver. That is precisely the case with the 911. 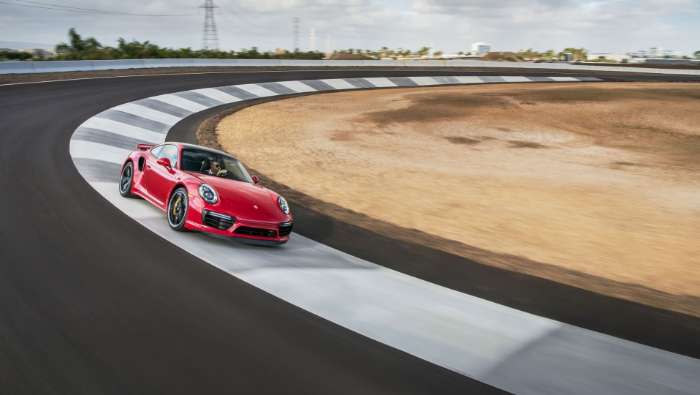 Making a car with quick steering is easy these days. Any old car manufacturer can slap a big powerful electric motor on the steering box and make it respond quickly, but what they can’t always do is deliver on preciseness and steering feel. Porsches have always had great steering feel even though you wouldn’t expect a rear-engine car to have enough weight over the front to communicate anything to your hands. Even the center dead spot is almost eliminated in the 911.

As we mentioned earlier, all that time Porsche spends at racetracks has improved handing engineering and suspension geometries, but technology is another thing this brand relies on to deliver superb cornering. Porsche’s rear-wheel steering has become a marvel of design in the company’s last few years. The 911 especially has received improved versions of this technology allowing it to move its hips just a hair in the middle of a corner and keep the car from stepping out under power. The way the 911 moves through twists and bends is what makes it so special and fun. No matter if you have driven a 935, 996, or 991 in the past, every Porsche 911 feels familiar regardless of age. That makes it timeless too. 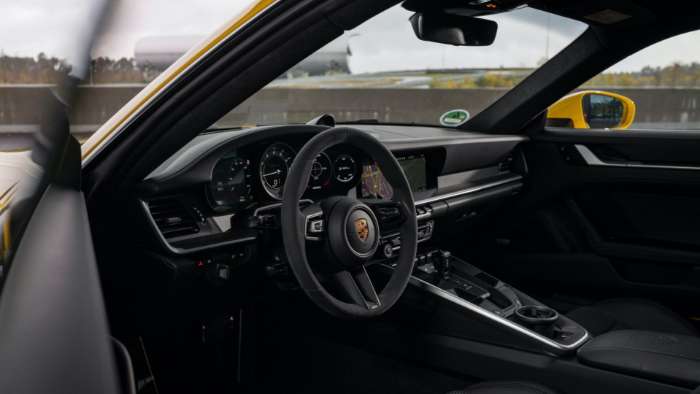 Have you ever driven a Ford Focus RS? Did you notice that when you hustled it on a back road and eventually parked it that your back and neck felt like they had been punched by Mike Tyson? That is the product of seats that are too hard, a ride that is too stiff, and a fast car that is unapologetic to your health. The 911 is the opposite. Its front and rear multi-link suspension eats up the bumps on an old weather-ridden road while making sure the car’s body motions are controlled and precise.

The term “ergonomics” also speaks loudly to the 911s interior. Even the old entry-level cars (944, Boxster, Cayman) had wonderfully comfortable interiors and high-quality leather that cuddles your body whilst also making sure you’re planted in the event of a high-speed corner. The 911 is true to Porsche’s commitment to luxury even though it can outrun anything on a back road. Everything is where you would expect and there is plenty of storage for your bags and groceries. There is a reason why it is called the “everyday supercar.”

Charlie Blumens... wrote on January 30, 2022 - 10:04am Permalink
If you really want to know what makes the Porsche a perfect sports car just drive one for a week. Its not something that can be put into words. You just have to experience it
Charles Blumens... wrote on January 30, 2022 - 10:12am Permalink
This is an older article and also somewhat misinformed. Porsche is one of the pioneers of turbocharged engines and actually made turbos famous. Also now all Porsches (except the GT3) are turbocharged.
Dee Peterson wrote on April 17, 2022 - 5:03pm Permalink
If putting the engine behind the rear wheels is such a great design, how come even Porsche stopped using that in their prototype racing cars over 60 years ago, and, converted their LeMans GT class 911s to mid engine design?